Directed by MPC’s Barry Greaves and Nikola Stefanović, we were excited to partner up with production company Animal Factory and agency Heaven & Hell to create an epic, CG film for new cosmetic brand Frangi.

The directors set out to create a believable yet stunning fantasy world; a world that is mysterious and captivating and full of warmth and wonder. They were excited by the potential of the agency script and set out to take it as far as possible.

The film follows celebrated pianist Gina Alice Redlinger as it takes viewers on a journey into different landscapes, from rugged cliff tops to the grand, dramatic interior of a mysterious marble palace. 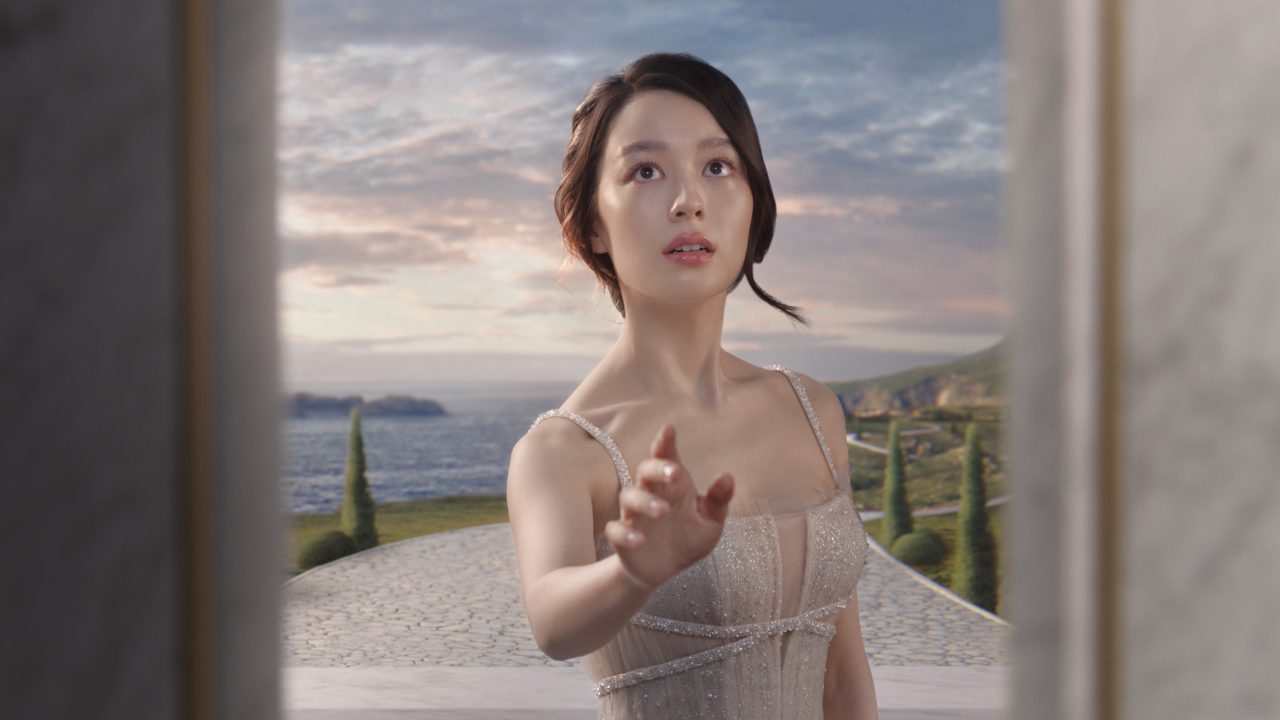 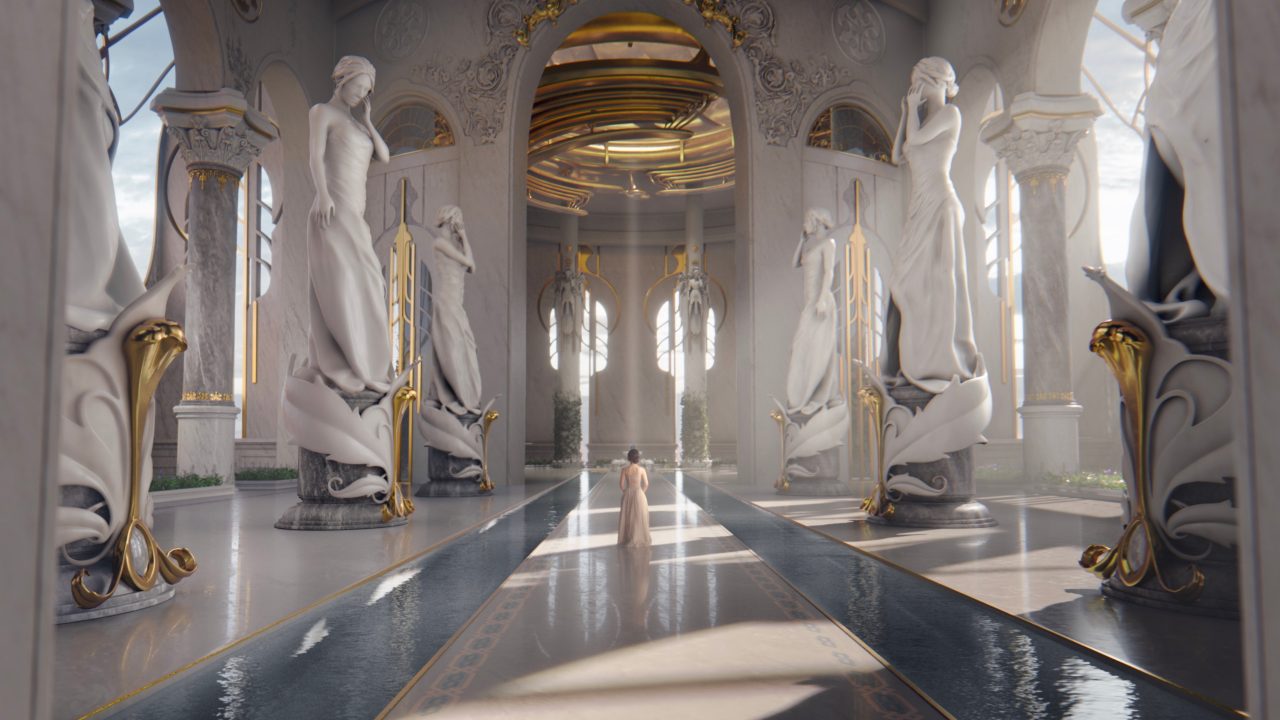 All of the worlds were created fully in CG, based on a basic set build which was captured at the shoot. There were then many elements to consider for each one, so we carried out extensive research and gathered references for the architecture, textures, landscape, mood and tone. This gave our concept artists a solid foundation from which to establish what the worlds would look like.

The pre-production planning was a crucial part of the process as Barry explains: “Planning is so important for something of this scale. Essentially, we are creating a new world; we must understand where Gina is walking, what she should be looking at and what the lighting setup for each shot should be. After the concept and design of the palace, the whole set was built in CG in order to give accurate measurements to the production team to build an environment in which to shoot.” 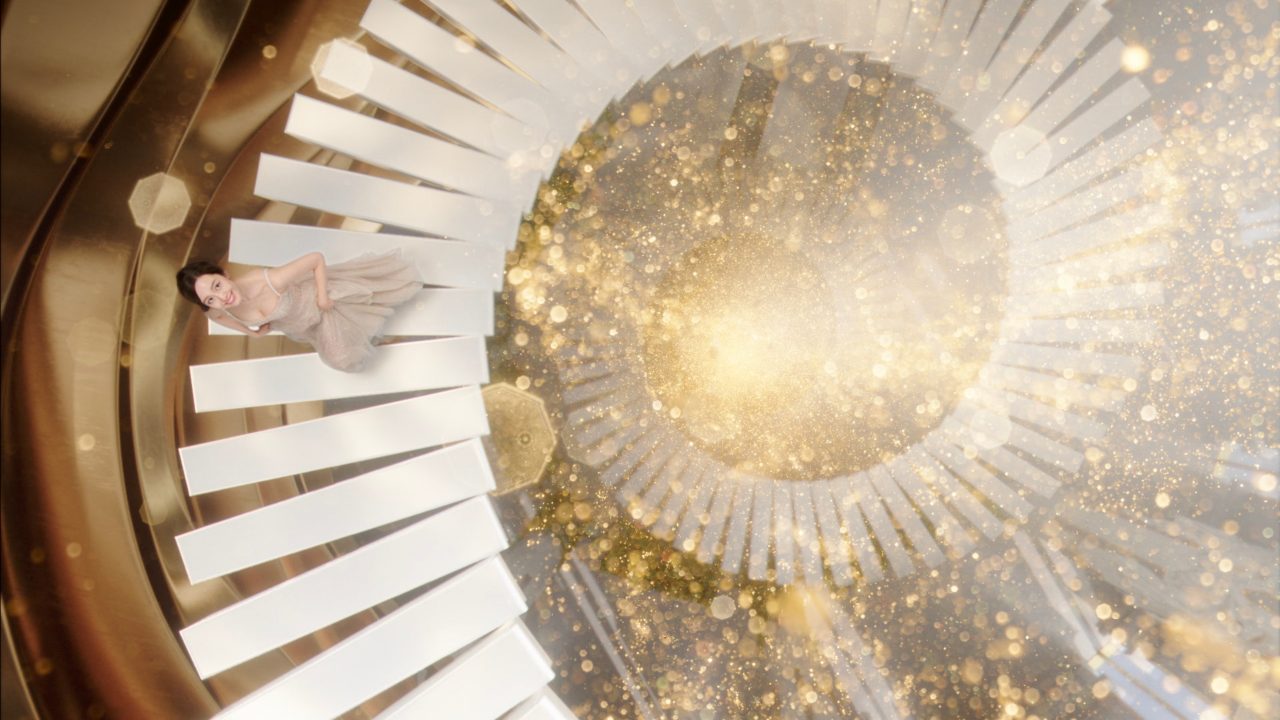 A great amount of trust and collaboration is required for a project of this magnitude, and we were fortunate to work with great partners in Heaven and Hell. Barry added, “It was great to have the full support of both the agency and the client. It’s great to work with partners who trusted fully in the process and believed in our vision for the film.”

Co-director Nikola added, “We’ve worked on a lot of beauty products, so it was a thrill to be given a platform to explore more storytelling with an emotional component.  We focused a lot on framing and camera movement, keeping the film grounded and realistic, but still engaging. We sought to create a feeling of grandiosity and mystery with an almost spiritual atmosphere, while still keeping our heroine as a central point of the narrative”. 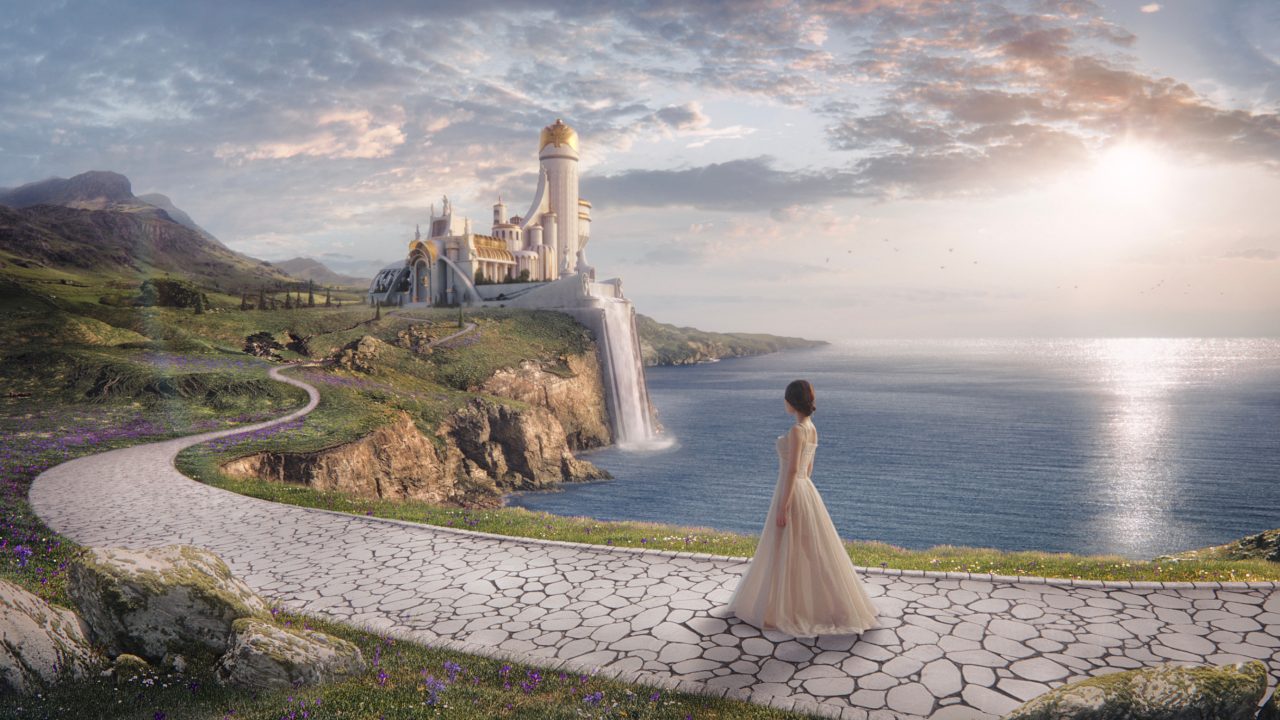 We were delighted to play such a pivotal role in the launch of Frangi as a new product and brand and are excited to hear how the campaign has boosted the brand’s profile in such a short time post-launch.

This marks an ongoing directorial partnership between Barry and Nikola – they recently co-directed a fully animated spot for Nestlé, which also featured a brand-new character created by MPC.