MPC, Burberry and Megaforce, three big names. So big in fact, combining them has the potential to create atmospheric changes (of the giant hailstone kind).

Burberry’s ’Festive’ campaign, follows Megaforce’s magical formula of larger than life grandeur grounded in the reality of human experience – in this case, friendship in the face of adversity.

Staying true to the Burberry spirit, the film follows an (impeccably dressed) quartet dance through the streets; each step taken choreographed by renown collective (LA) HORDE and creatively written and imagined by Megaforce through Riff Raff. The new campaign celebrates the brand’s history, as the dancers brave an ice storm, dressed in weatherproof clothing inspired by the founder, Thomas Burberry’s iconic collections. 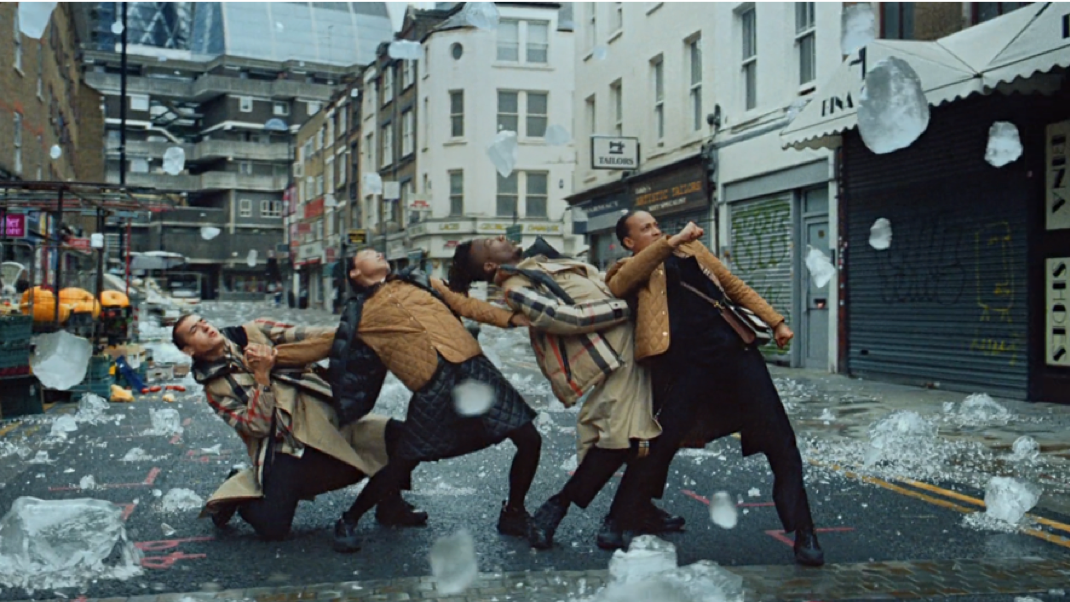 The unpredictable British weather is exaggerated in an ice-rock scene, brought to life by MPC. The scene begins outside a Turkish grill, before the viewer is taken full throttle into a storm that sees the dancers interacting with the ice. The film concludes as our dancer runs joyfully into the sea, before falling back in ecstasy. 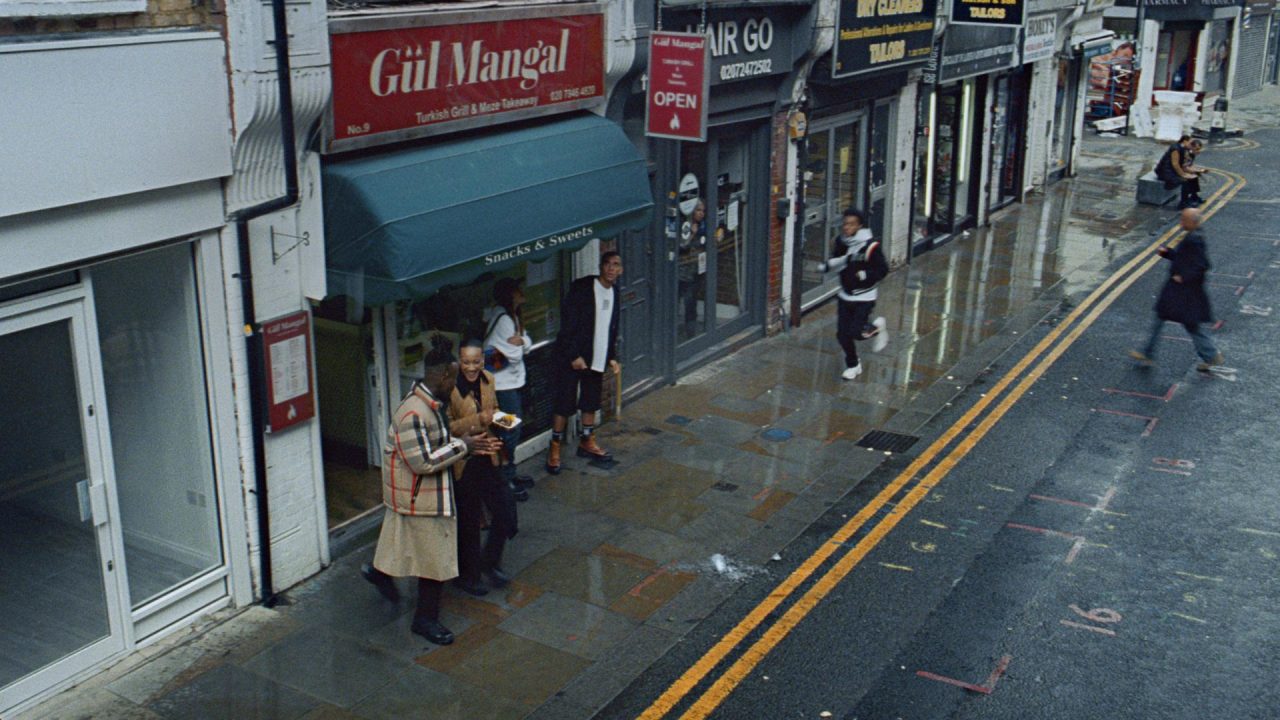 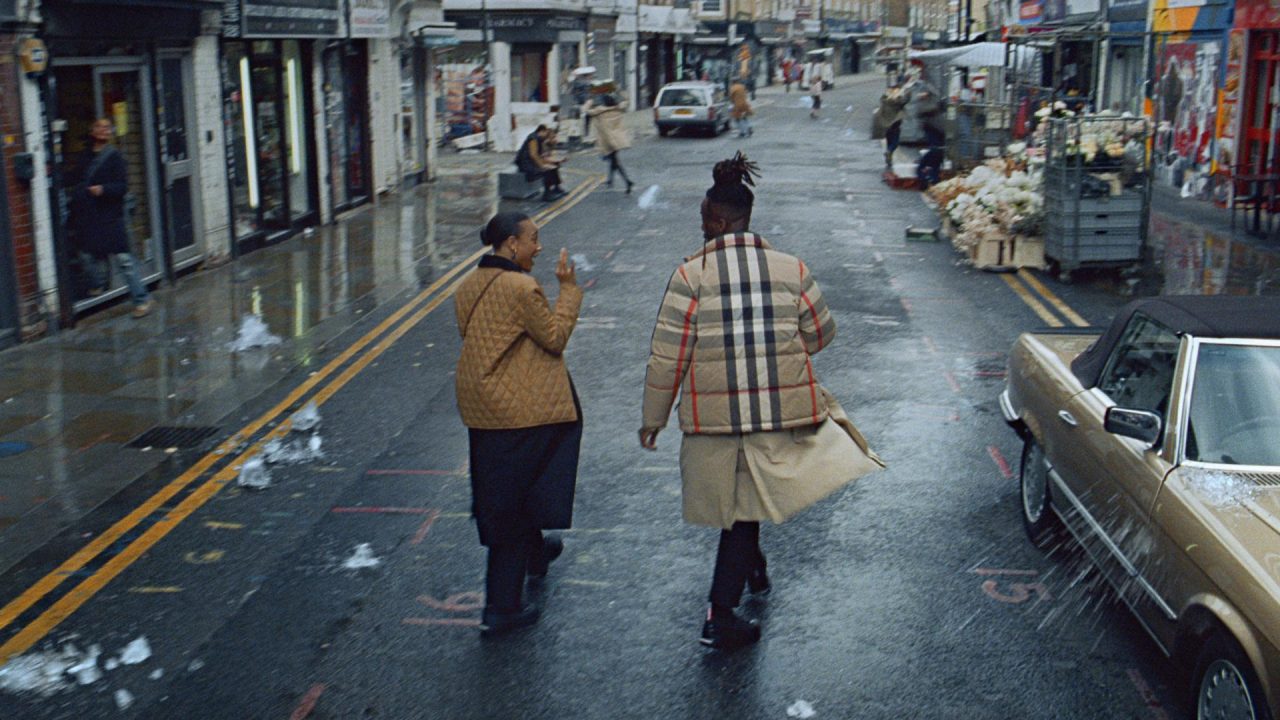 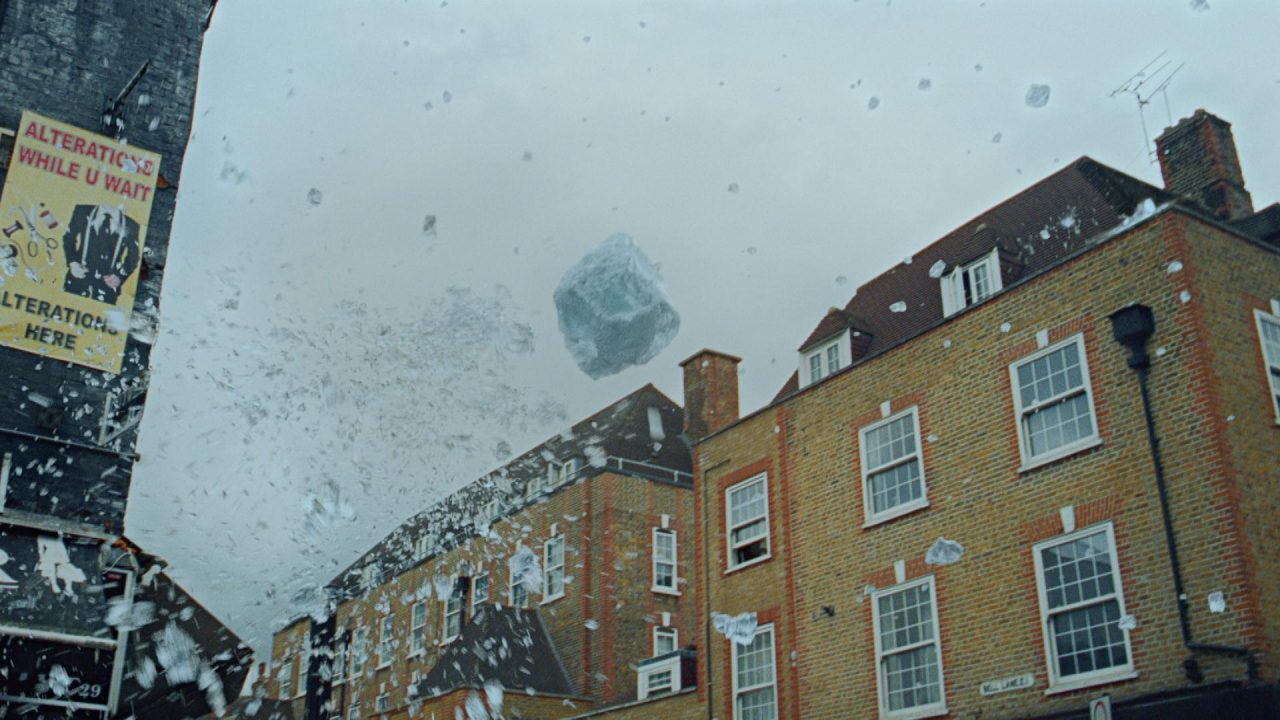 “We always knew the Burberry ‘Festive’ film was going to be a special project. The film showcases our ambition to challenge the ordinary and push the boundaries of remote post-production. A key element was building the falling ice blocks, to do this successfully it was essential to capture data on set, so we took detailed photogrammetry of the streets and referenced real ice blocks shattering. This was used as the base for our CG so that it could be synchronised exactly with the live action. We are all incredibly proud of the final film, which was a lot of fun to create.” 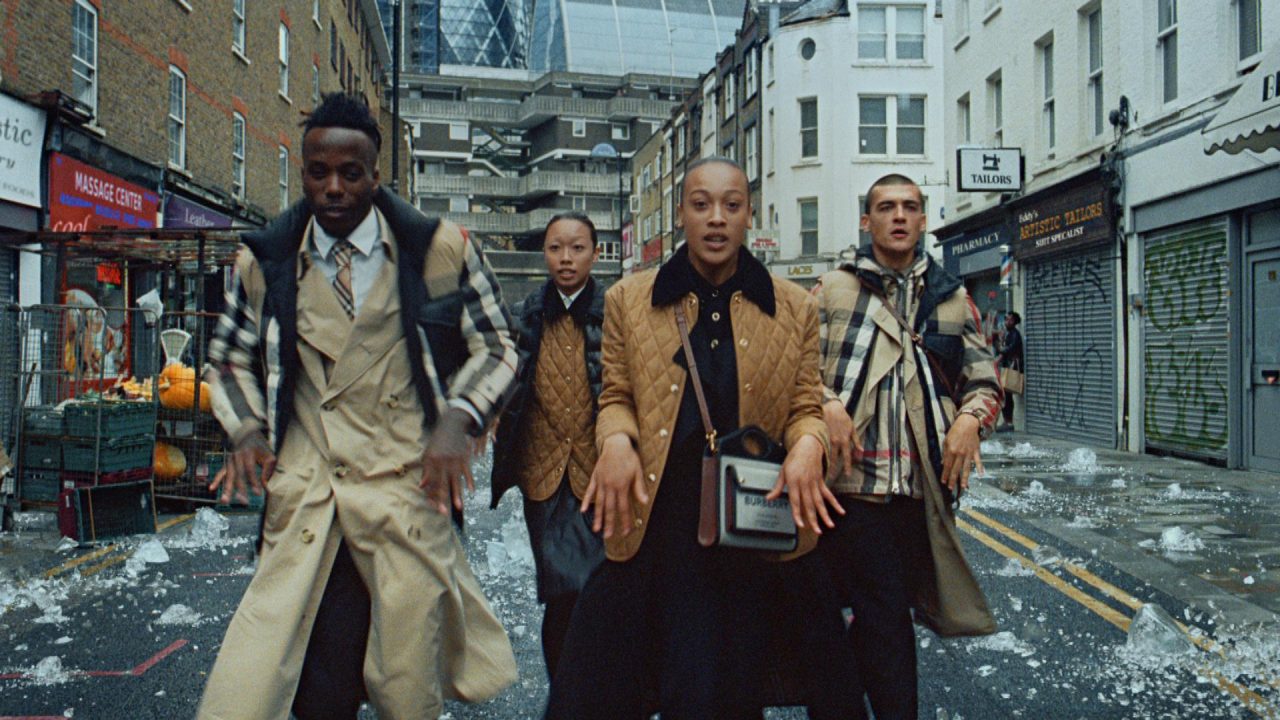 MPC was involved from the very beginning of the campaign. It was essential to capture measurements, lighting, and photogrammetry data of Petticoat Lane. Alex explains:

“We setup an element shoot and dropped ice of varying sizes onto the floor to see how it would react on film, that ice provided an accurate reference to re-create in CGI, matching exactly with the live action.” 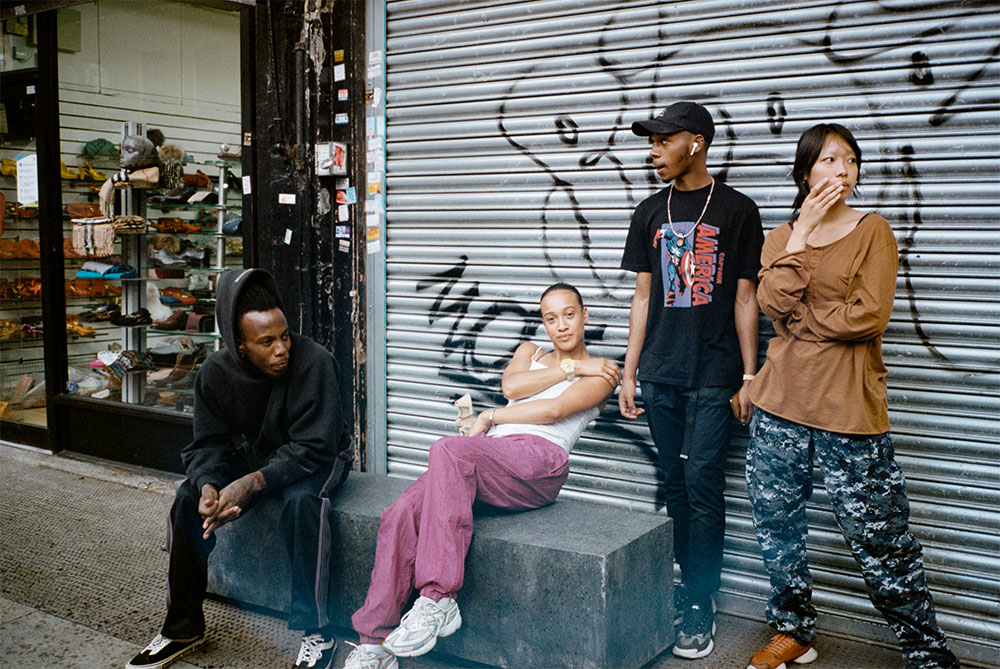 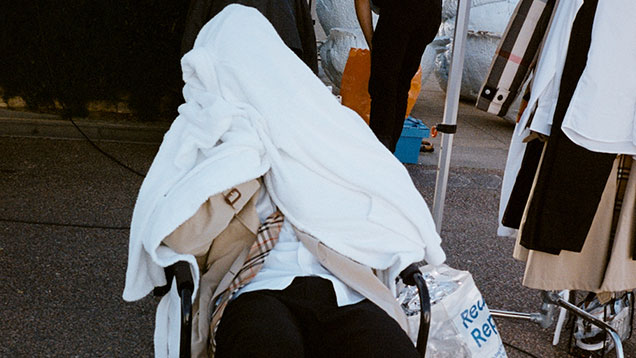 MPC was tasked to create the multiple layers of falling ice in the background and foreground. Fabian Frank, Head of Creature Development at MPC talks about the sheer scale of CGI within the film and making the Burberry vision a reality:

“Using MPC’s very latest techniques together with machine learning, our world-class CGI team was able to bring Burberry’s Festive campaign to life. It was a huge challenge to interact the ice-rocks so that they were perfectly choreographed with the dancers, there was no margin for error and all elements had to work seamlessly together. As the storm deteriorates throughout the film, the ice that fills the environment becomes more immense. The result is an epic, captivating campaign that MPC is proud to be a part of.” 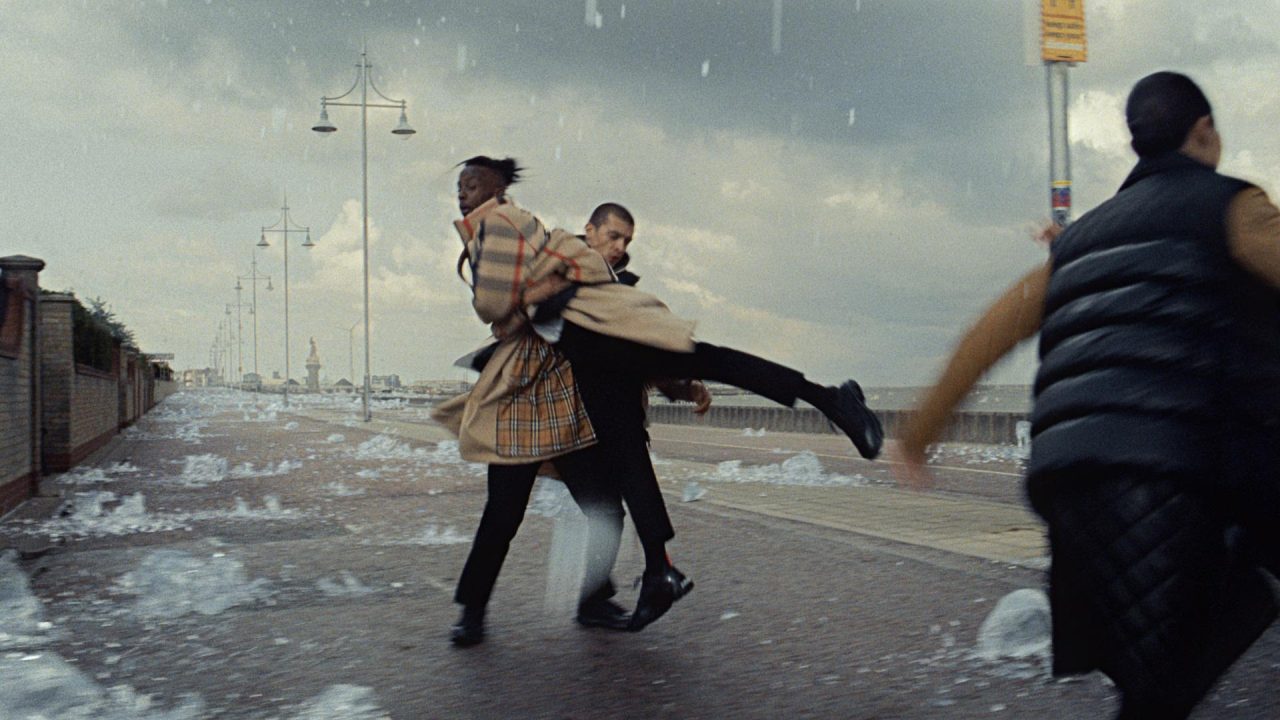 The film feels like a continuous dance, with the choreography influencing the falling ice-rocks. To create this effect, MPC timed and choreographed the VFX with the dancer’s performance. David Filipe explains:

“It was huge challenge to make the dancers feet interact with the ice, we roto-animated every dancer in 3D to provide us with the correct movement and velocity of each move.”

“It was an honour to be part of Burberry, Megaforce & Riff Raff’s re-invention of the Christmas commercial. I enjoyed colour grading this film from start to finish. The piece has richness and depth in a cinematic quality.” 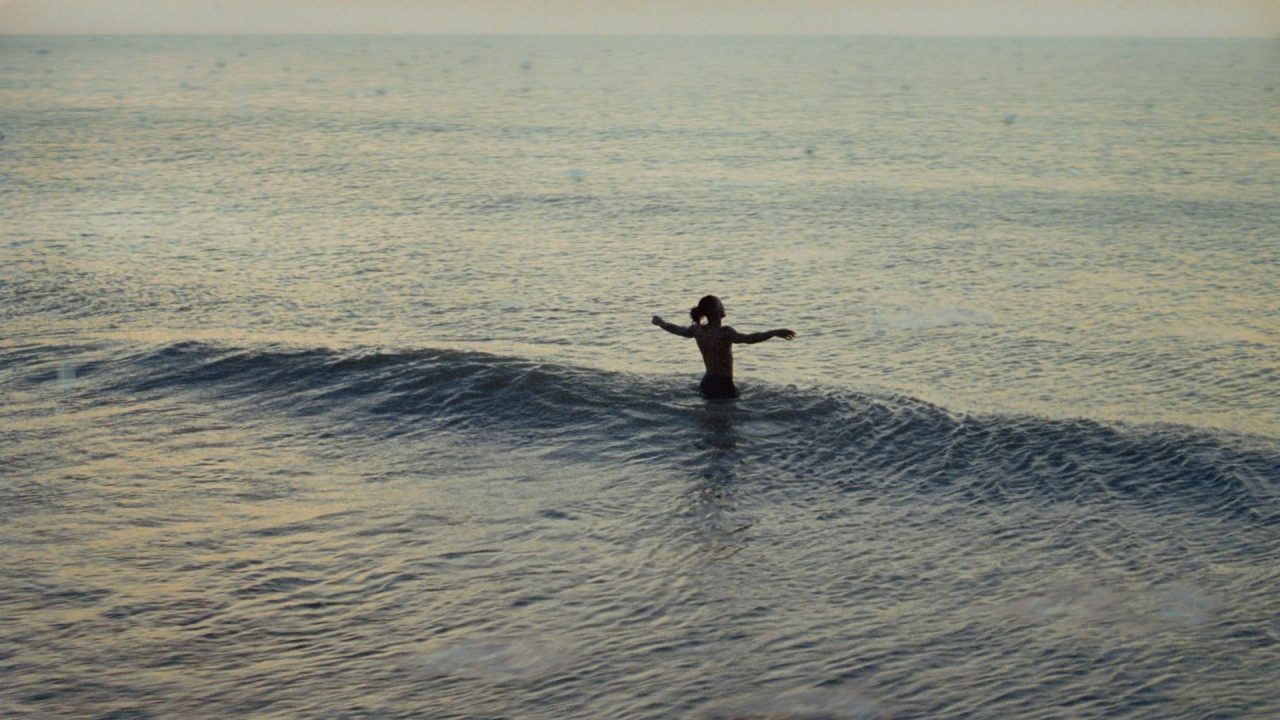