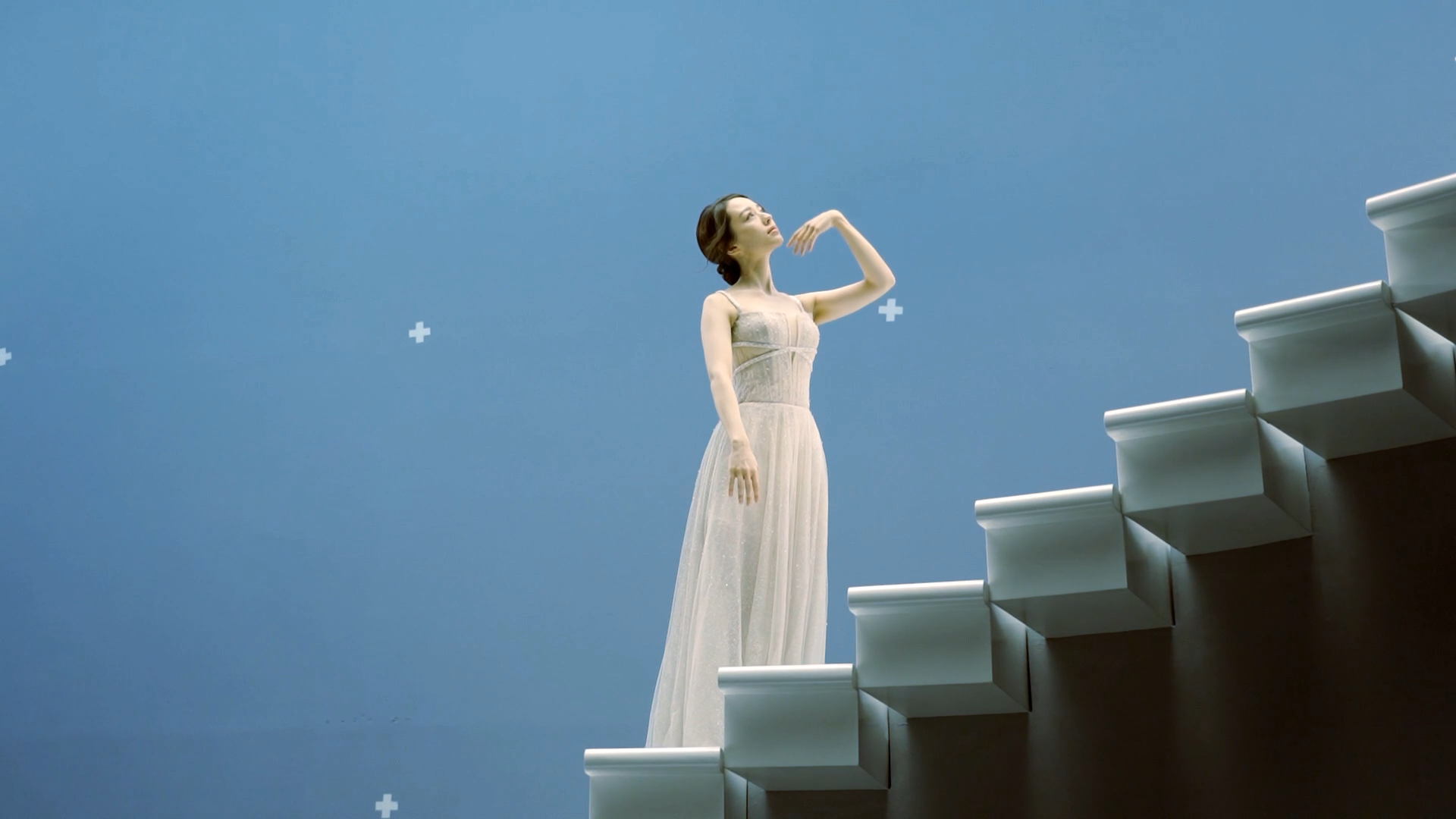 Behind The Moving Image | Frangi

In our Behind the Moving Image series, we share the latest and greatest behind the scenes look at how our VFX geniuses bring to life some of our most iconic work. Check out BTS for Xbox ‘Us Dreamers’, Arm & Hammer ‘Once Upon A Time, Technicolor ‘Masters of Colour’, Starburst ‘Turaffe and Carl and O2 ‘Bubl’.

Directed by MPC’s Barry Greaves and Nikola Stefanović, our teams partnered with Animal Factory and Heaven & Hell to create an epic, CG world for the launch of cosmetic brand Frangi.

The film follows celebrated pianist Gina Alice Redlinger as it takes the viewer on a journey into different landscapes, from rugged cliff tops to the grand, dramatic interior of a mysterious marble palace.

Fully created in CG, the worlds you see on screen are based on a basic set build which was captured during the shoot. There were many elements to consider for each environment, extensive research was carried out and the team gathered references for the architecture, textures, landscape, mood and tone. This research allowed the team to create the extremely detailed world for Frangi, which Gina was then immersed into.

Before even stepping foot on set, a crucial part of the process was the pre-production planning, Barry explains, “Planning is so important for a film of this scale. Essentially, we are creating a new world; we must understand where Gina is walking, what she should be looking at and what the lighting setup for each shot should be. After the concept and design of the palace, the whole set was built in CG in order to give accurate measurements to the production team to build an environment in which to shoot.”

Barry adds, “In pre-production we discussed techniques on how to achieve the look, we had very delicate lighting setups and decided to shoot with a painted grey screen as opposed to green. This obviously helped to achieve the final result and the first one of its kind in China.“

Trust and collaboration between our Shanghai team and our partners was essential. Barry explains, “It was great to have the full support of both the agency and the client, and to work with partners who trusted fully in the process and believed in our vision.” 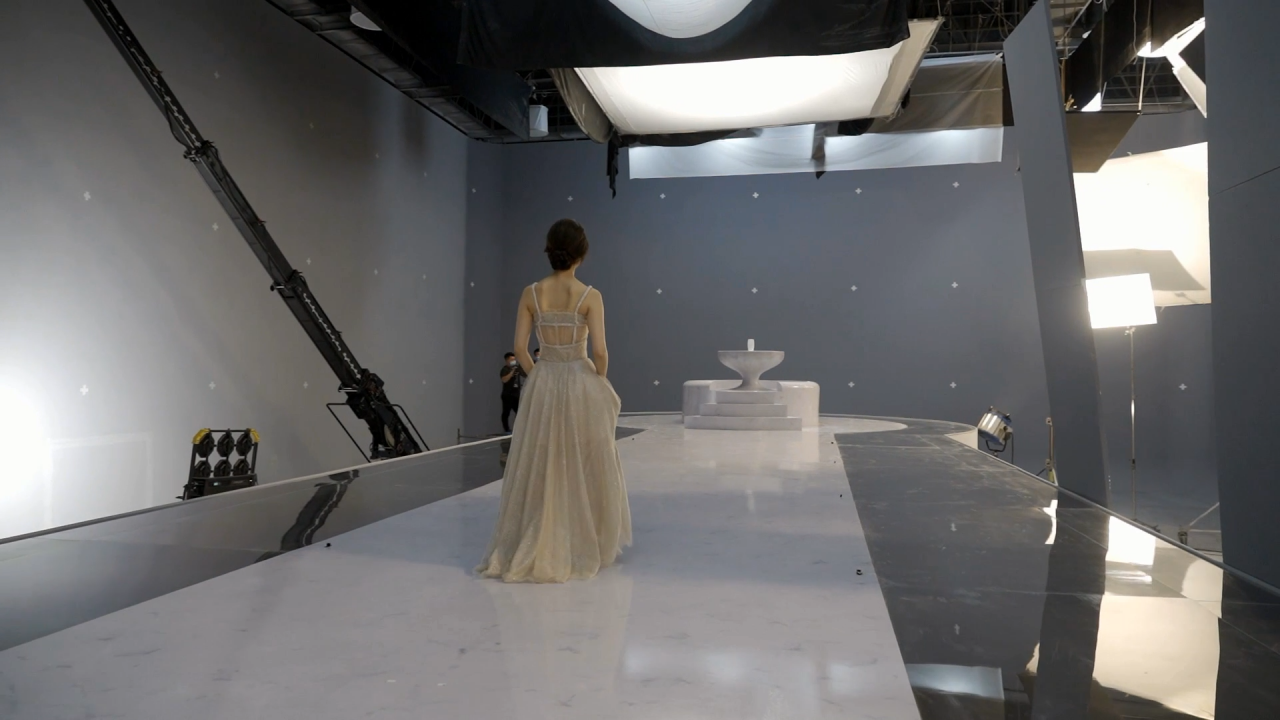 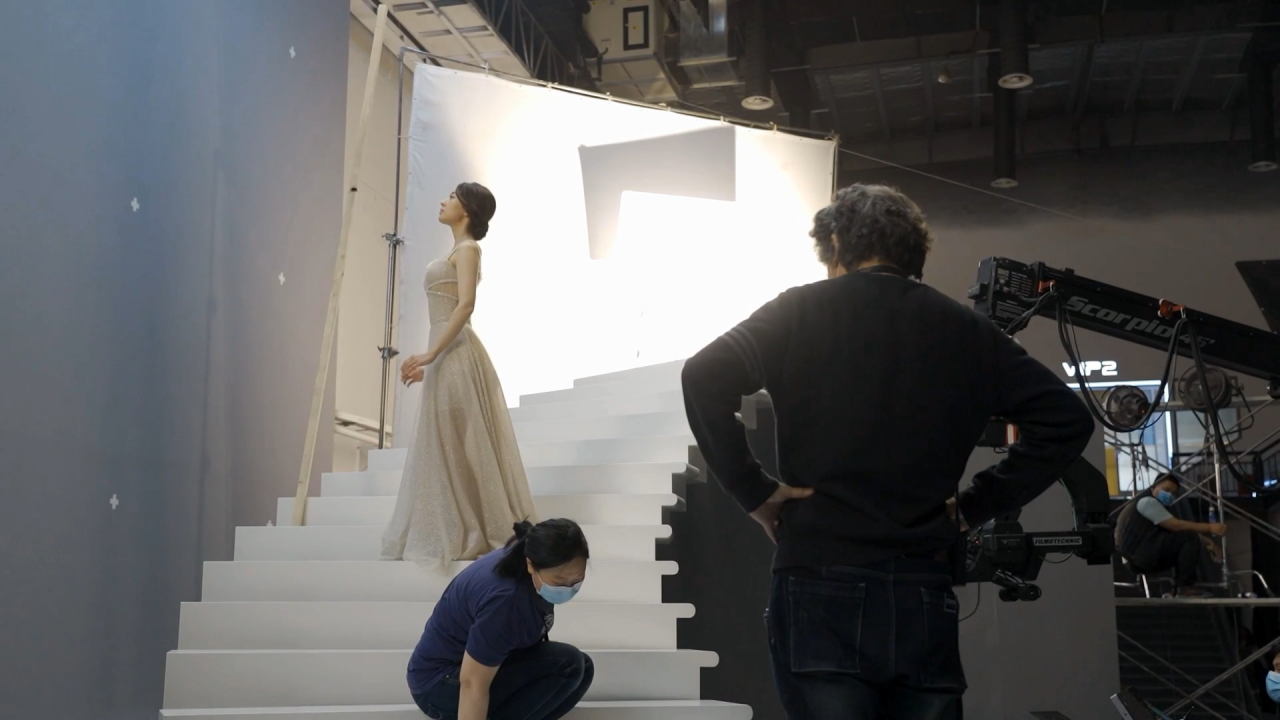 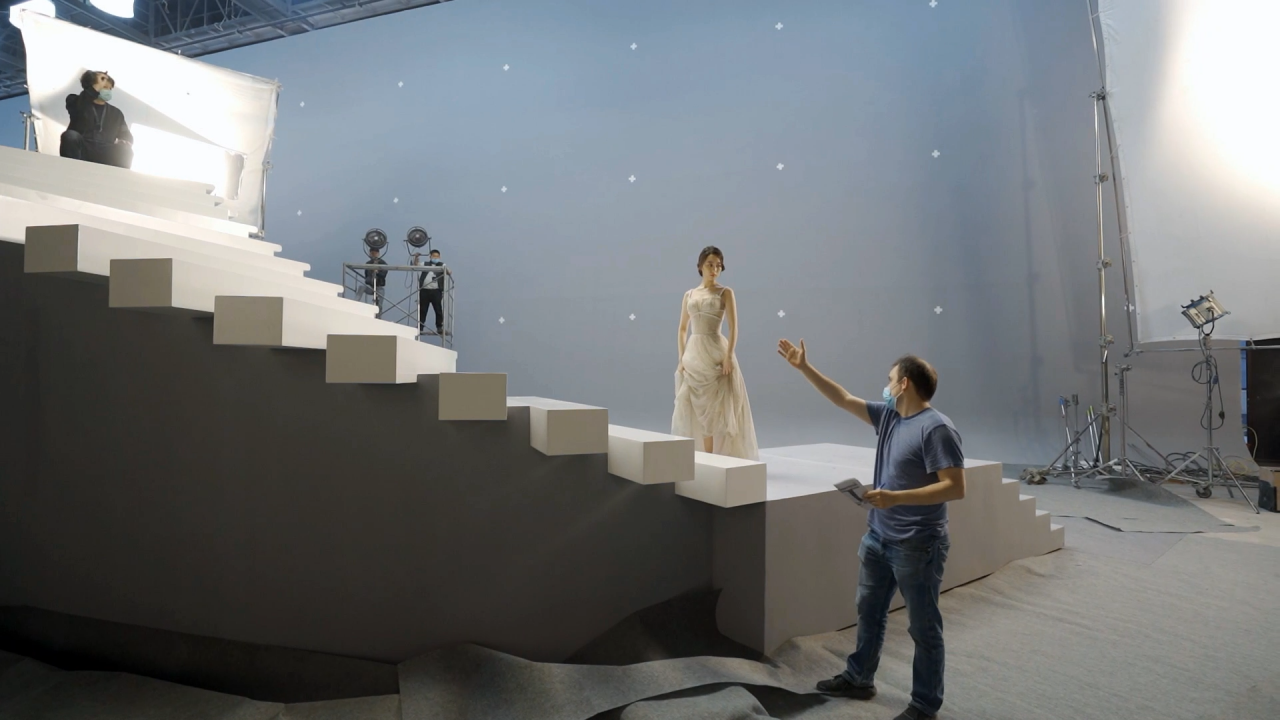 Throughout the film, Barry and Nikola focused on the framing and camera movements, whilst keeping the film grounded and realistic, but still engaging. Nikola, Co-director adds, “We sought to create a feeling of grandiosity and mystery with an almost spiritual atmosphere, while still keeping our heroine as a central point of the narrative”. 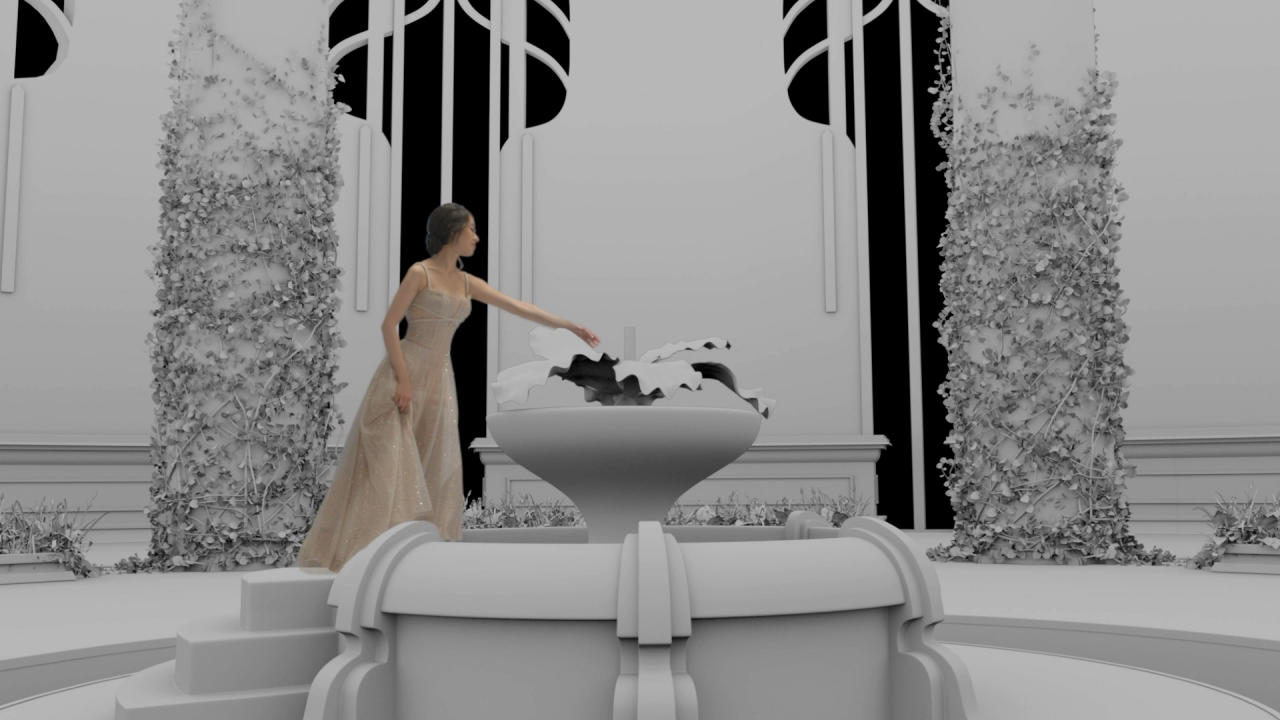 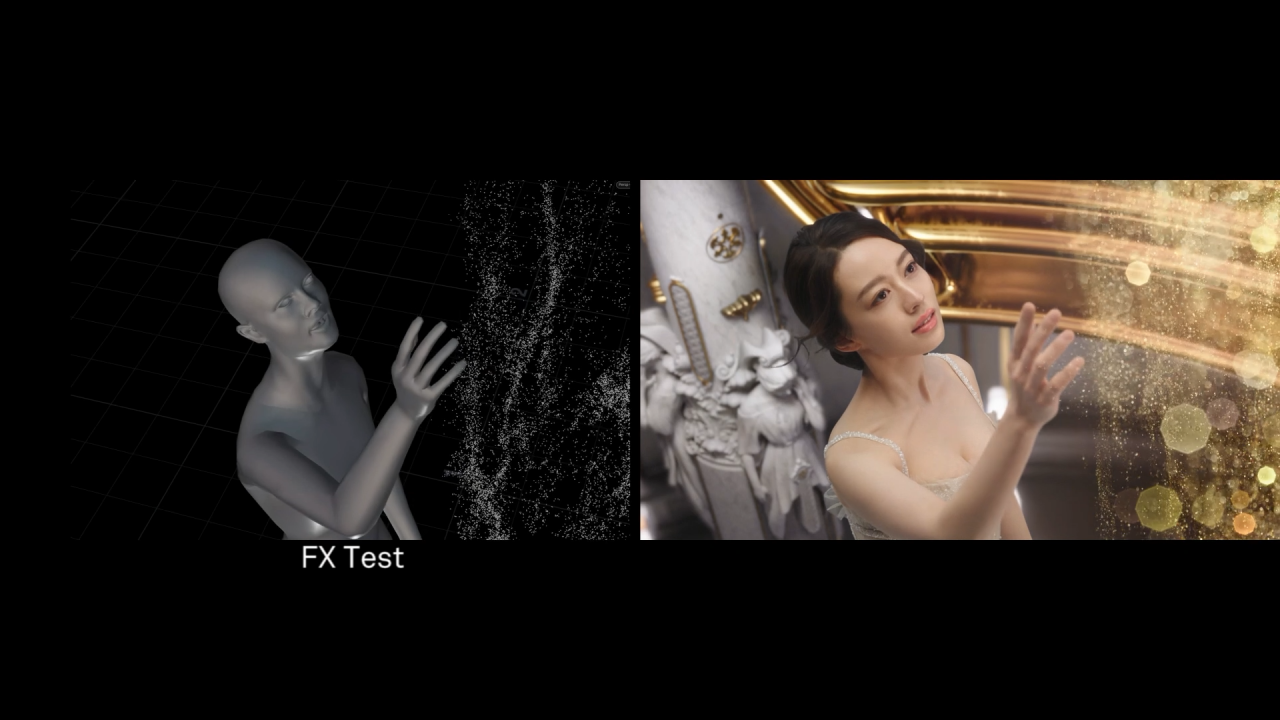 Speaking on the sheer amount of VFX and CG work involved in creating the film, Barry comments, “A huge amount of effort was put into bringing this campaign to life by all. Background sceneries were created in DMP and elements for birds and water, whilst another team worked on the architecture and interior. Not forgetting the huge amount of time creating all the particles. We spent a great deal of time trying to find the right look and how to break that down into layers for composite.”

Frangi marks an ongoing directorial partnership between Barry and Nikola who partnered on campaigns such as Nestle – Chengzhen Ice Cream.

If you’d like to talk to our Shanghai team about your brief please visit: https://www.moving-picture.com/contact/shanghai/ 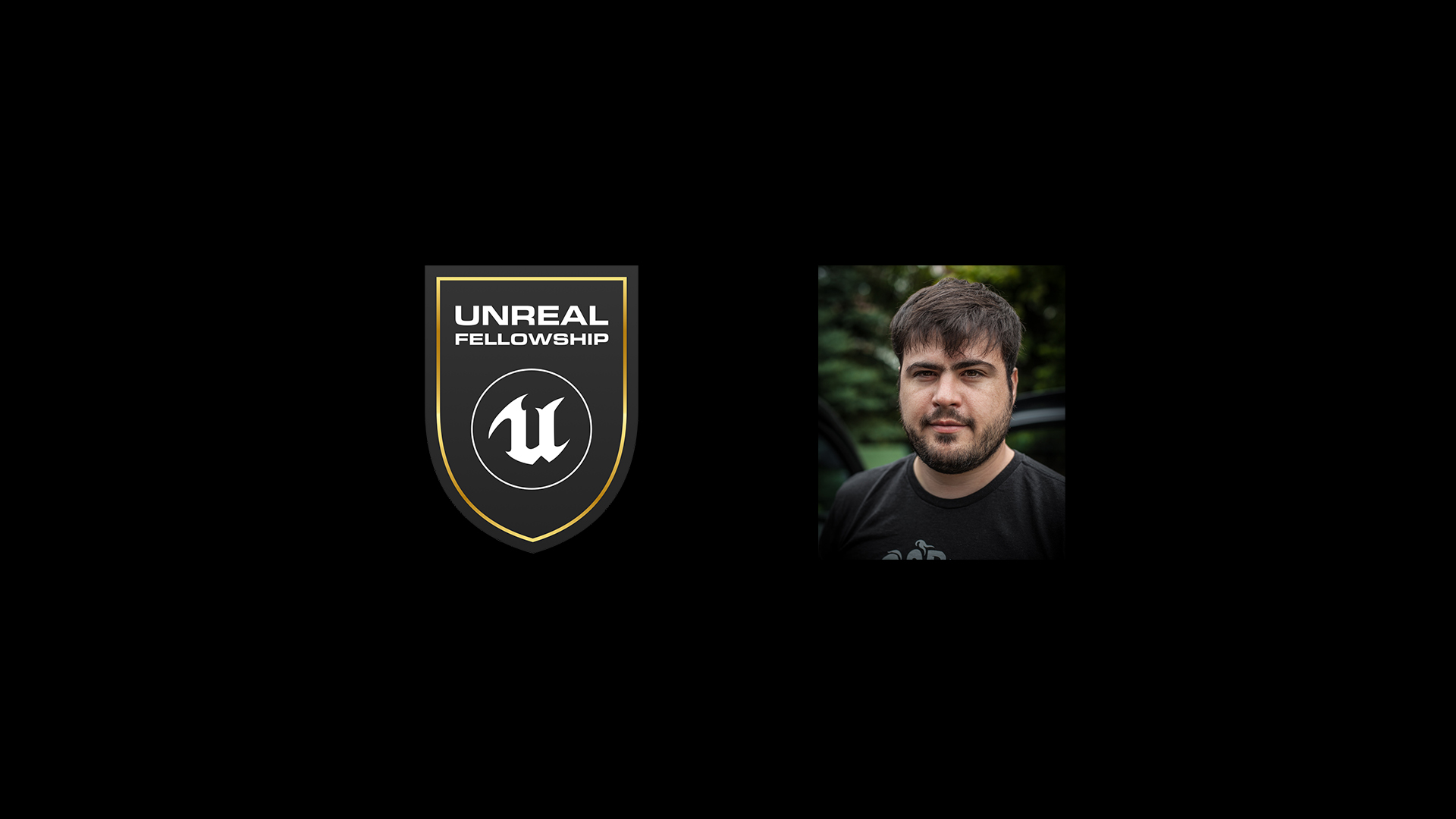