We Create experiences that move people

Moving Picture Company is a global creative studio with a single goal: to make any vision a reality. With decades of storytelling experience, we understand the true power of embracing innovation to push the boundaries of creation—it’s fundamental to everything we do and is how we make the most memorable moving images in the world.

Our talent works with clients and brands across industries to tell visually stunning stories. From original ideas through to finished production, we can create any story imaginable, igniting intrigue and adventure to make work that truly encapsulates what it means to feel.

Movement is in our blood, so we push ourselves, our technology and the limits of creativity to solve brand’s toughest creative challenges. We continue to lead in an ever-evolving industry, creating work that genuinely moves people and creates authentic and long-lasting connections.

Production Company of the Year, The One Show (2019)
Winner 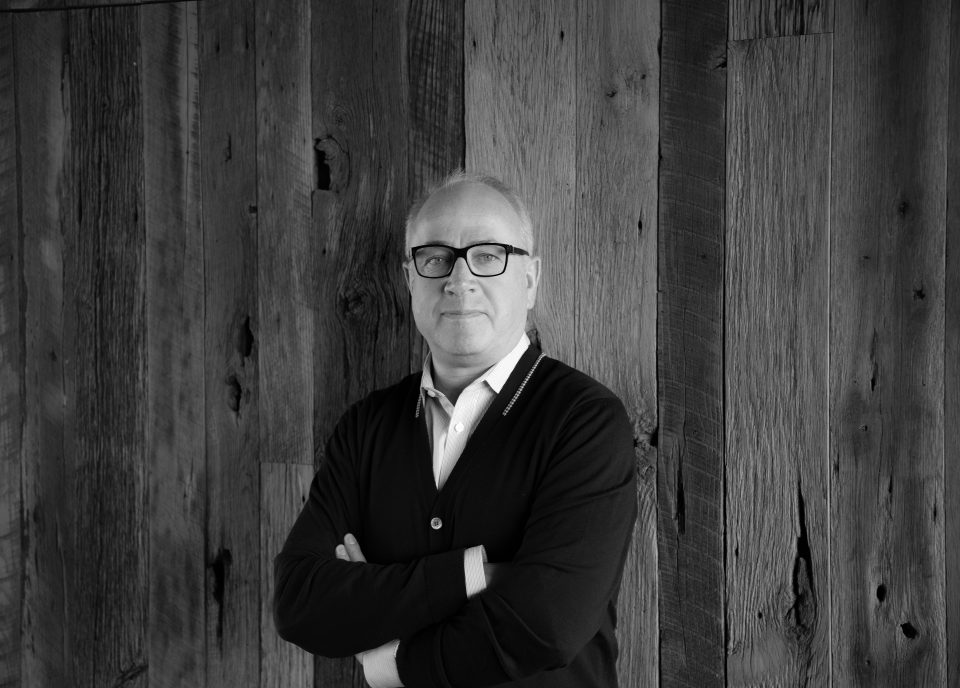 Mark is CEO of MPC’s Academy Award winning creative studio. Having spent his career rising the ranks at MPC, he has seen the evolution of the industry and overseen the studio’s evolution at the same time.

Mark has grown MPC to a global creative studio, working in multiple territories, serving clients around the world.  MPC’s creative portfolio is a testament to his commitment to storytelling, artistry and innovation. And the industry has noticed, with the last three years being the most awarded in the company’s history.

And his passion for creativity extends beyond the company. Mark is a board member of the British Arrows, sits on the Council of APA and is a member of Bafta. 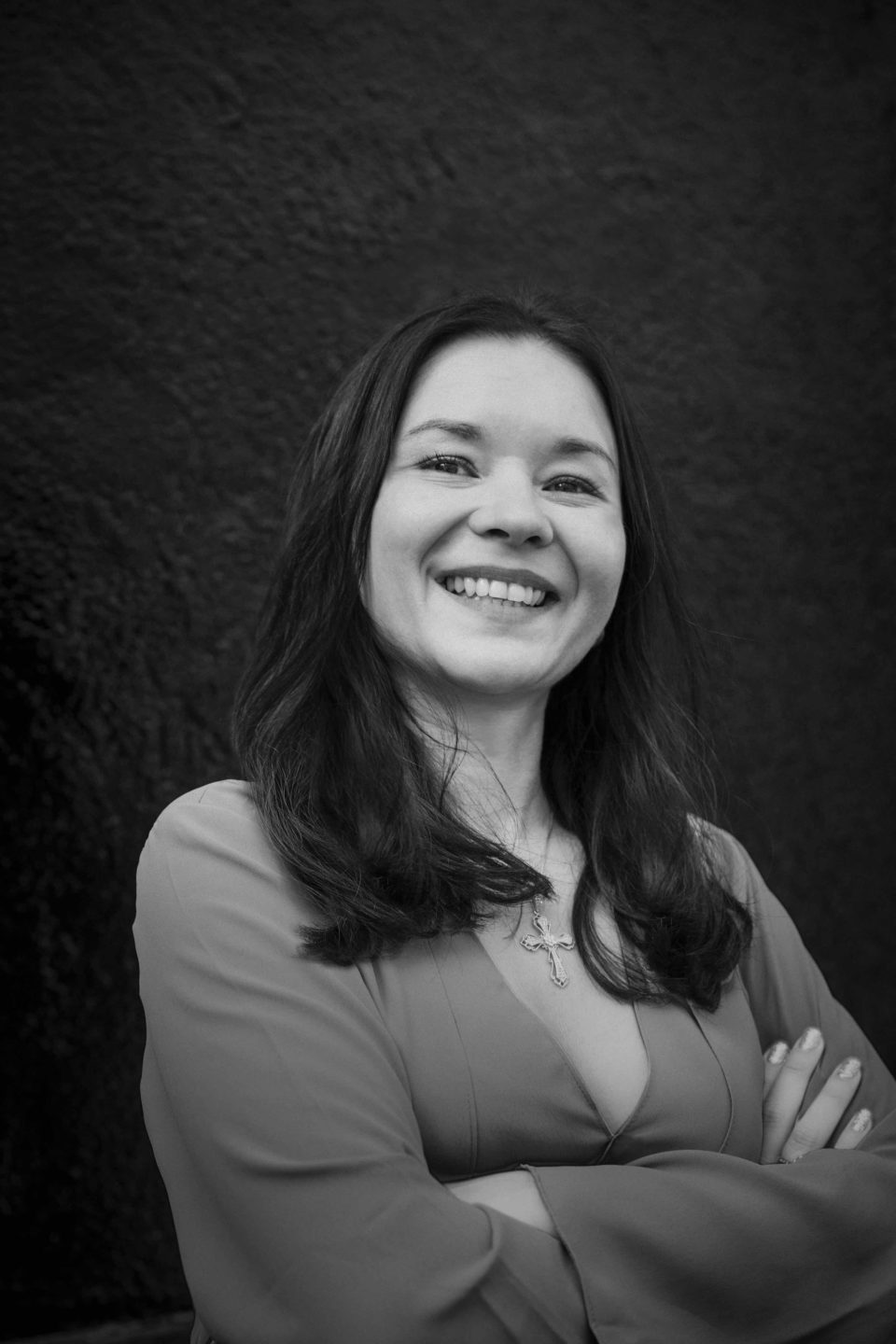 Angela has over 20 years of experience in the creative industry. She started her career as an assistant editor at MTV, before quickly working her way up to their animation department’s production team, and then working at some of New York’s most notable studios.

From feature films and episodics, to experimental and live performance, Angela has worked across many different platforms. It is this diversity and her impressive understanding of the city’s creative scene that she brings to the studio in New York. 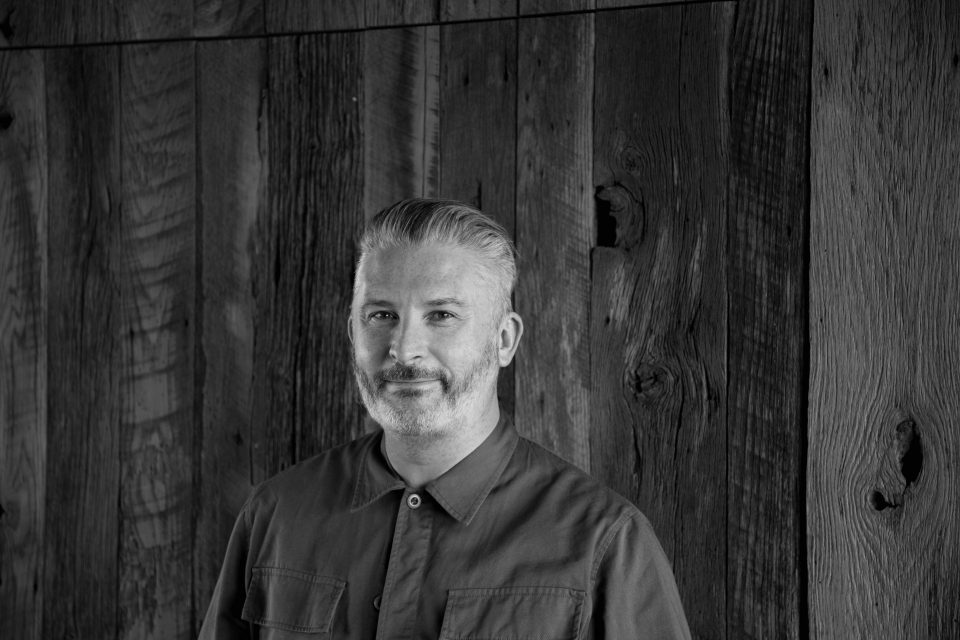 With over 15 years’ experience in production, Jonathan began his early career as a runner at MPC, before moving on to work in a variety of roles in VFX production at Rushes, Glassworks, The Mill and Time Based Arts. He was appointed Managing Director at MPC in 2018 after moving up from his previous position as Executive Producer of CG and Design. 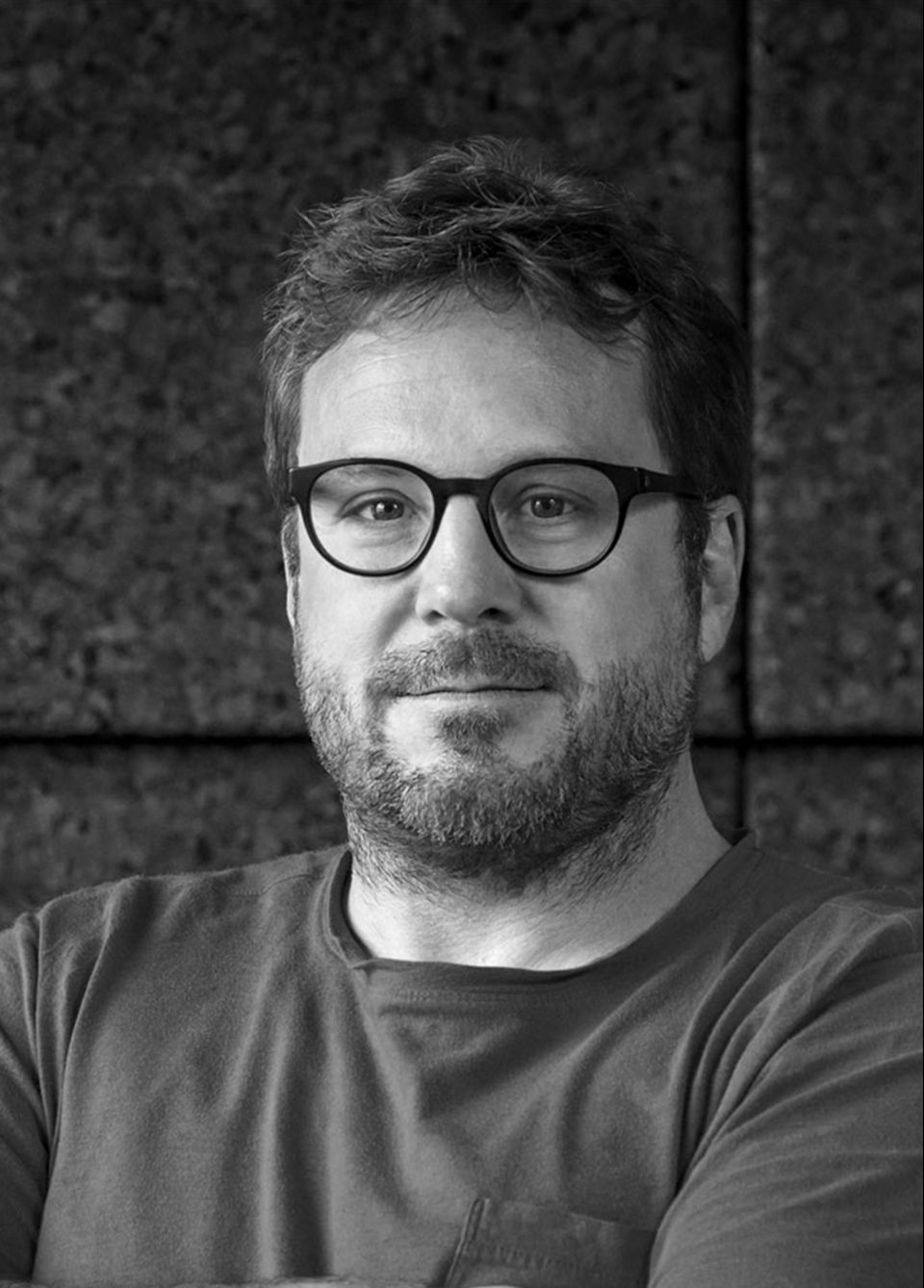 During his 25+ years in the entertainment industry, Julien has worked on award-winning feature films, animated features, advertising and music videos, known as the most ambitious multi-scale projects for world-famous artists and brands in various industries. During his career at Digital Domain and Mikros, he held multiple positions as Flame Artist, VFX Supervisor, VFX Creative Director, Head of the VFX and Animation Studio, and he now sits as Deputy CEO & Chief Creative Officer for the Mikros group. 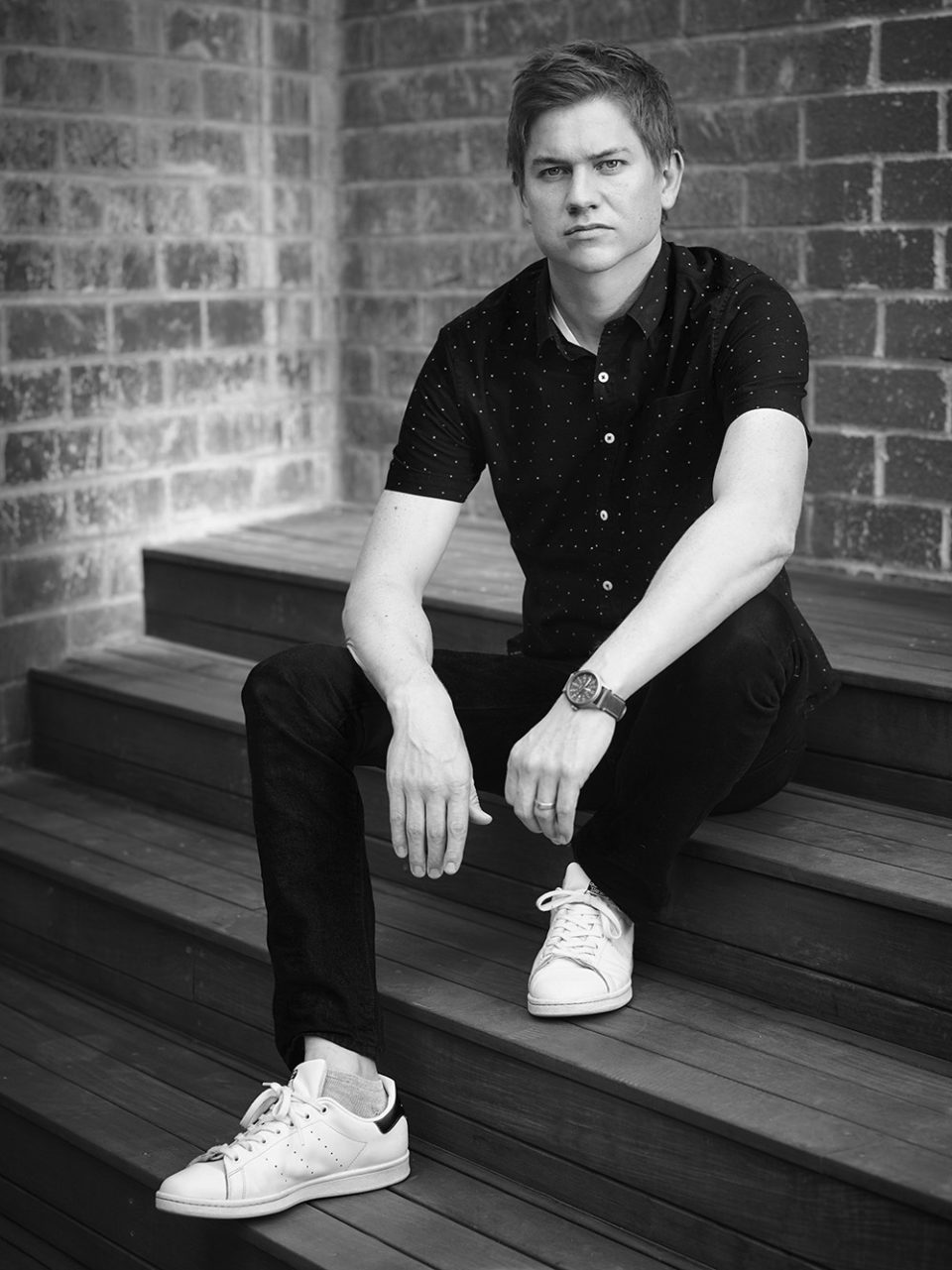 Robert is the Managing Director of the Los Angeles studio, working closely with the team’s esteemed artists, producers and technicians to drive the business strategy for the studio. Joining the studio in 2017, Robert brought with him over 14 years of production experience in the industry. He has worked on award-winning campaigns shot by some of the industry’s most notable directors and has worked with some of the biggest global brands. 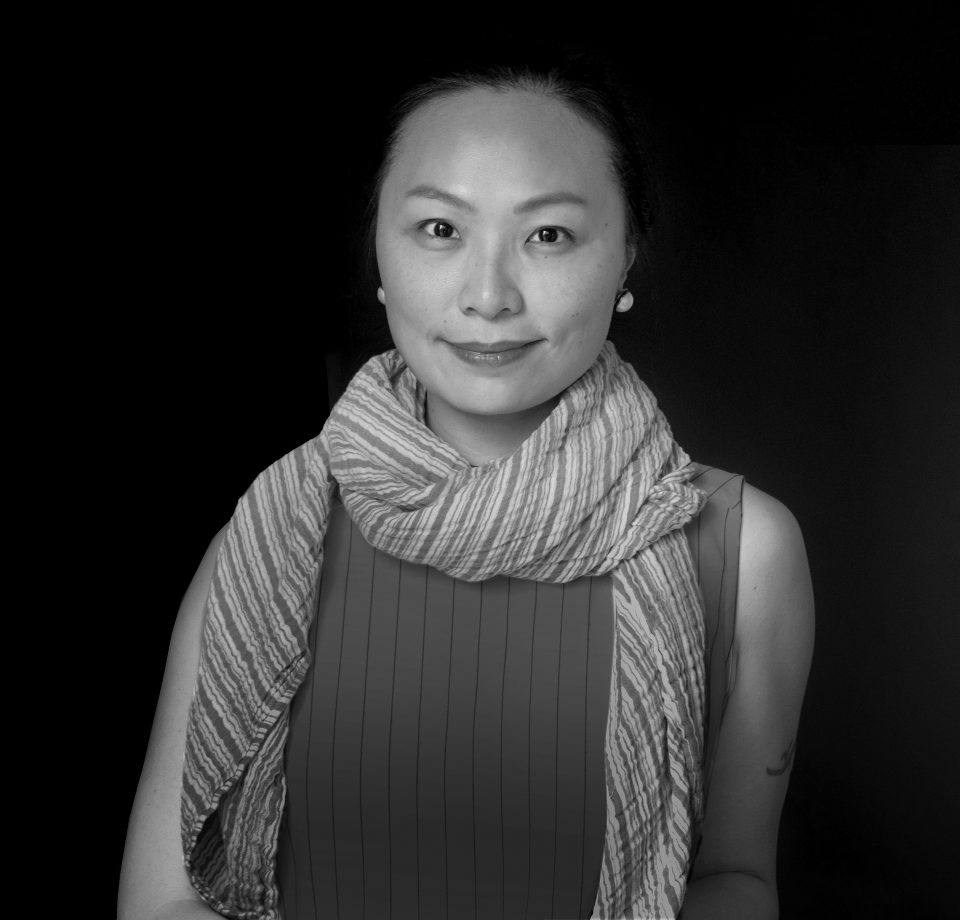 Lily has been instrumental in establishing the studio in Shanghai. With nearly 20 years of experience, she is extremely knowledgeable of the Chinese and Asian market, working at some of the most prominent studios across the region .

Joining Technicolor as Head of Production in 2012, Lily was a major reason for the success and ultimate launch of the MPC studio in Shanghai and has been leading the team of talented artists there since 2017 as Managing Director. 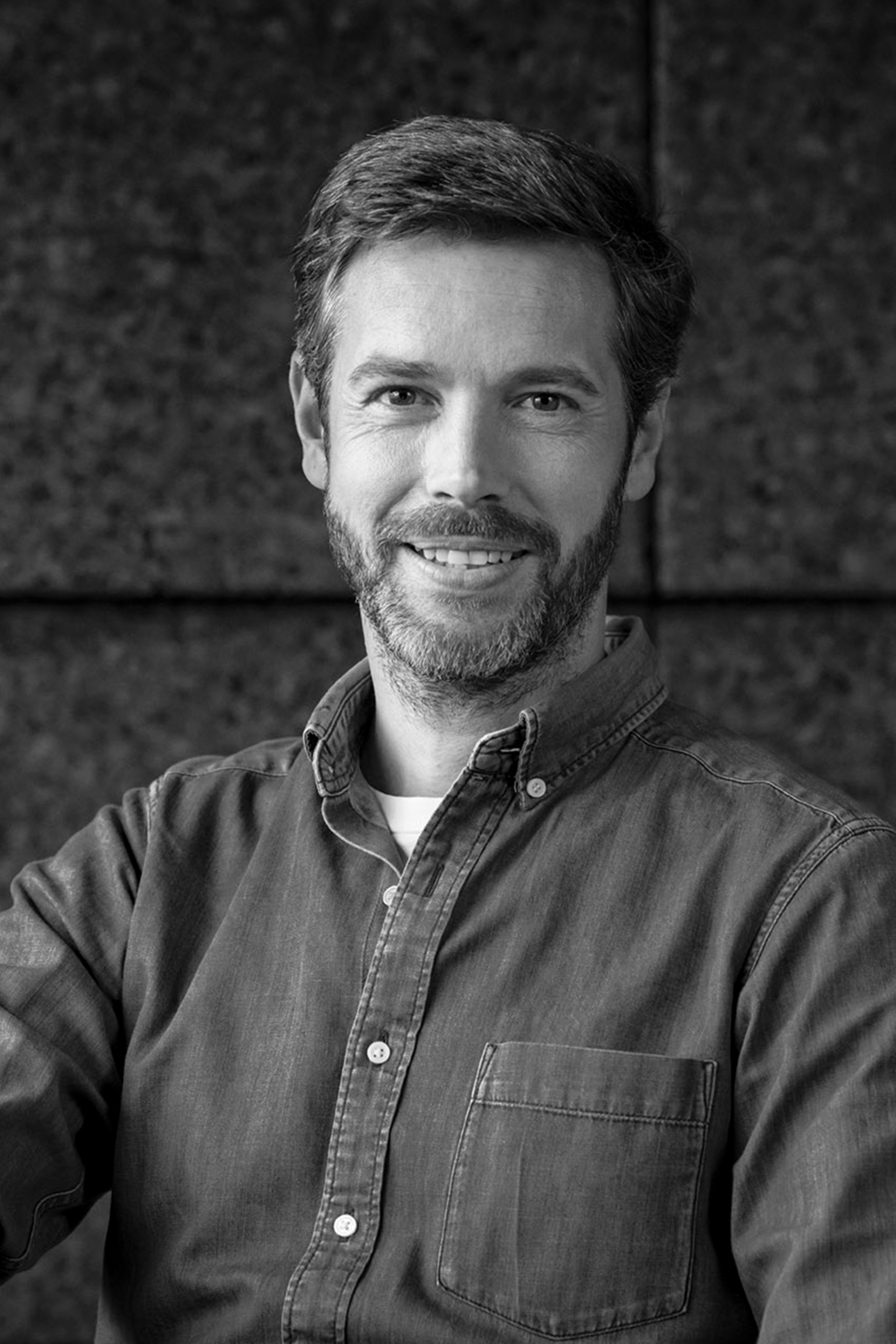 During his 25-year career at Mikros, Fabrice has held multiple positions in production and business development. He now sits as Managing Director of the Mikros MPC Paris studio. Here he puts his vision to work in serving the most ambitious projects in the French market and beyond. His passion and determination brought him to producing a great variety of advertising projects, by instilling emotion through craft and creativity. He notably led the VFX production of many multi-awarded commercials for worldwide renowned brands. 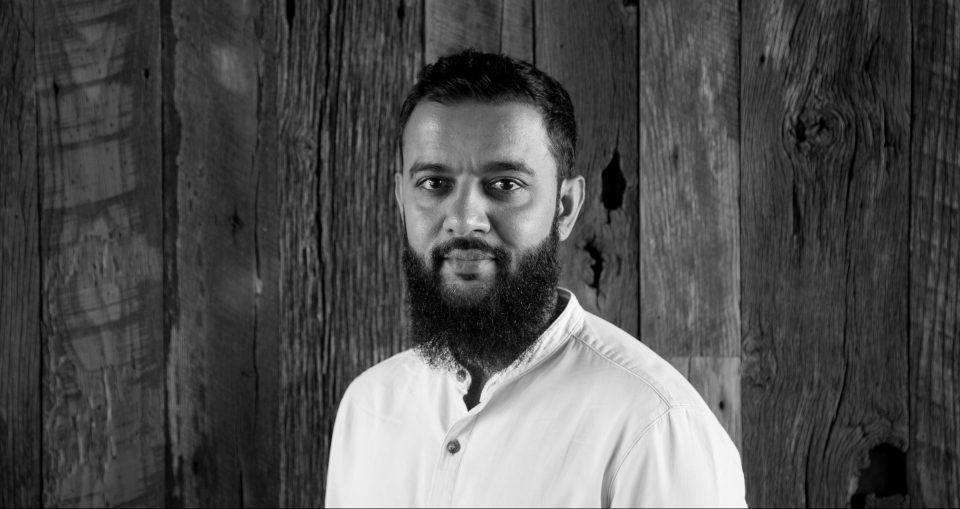 With over 19 years in the industry, Sal began his career as a runner at MPC before moving up the ranks.

He later spent time as Head of VFX at Molinare and Lipsync Post, before rejoining MPC in 2016 to manage the Bangalore studio.

Sal is responsible for creating a thriving workplace culture, enabling artists to continually develop and enhance their skills. He frequently speaks at conferences and panels including the Bangalore GAFX conference. 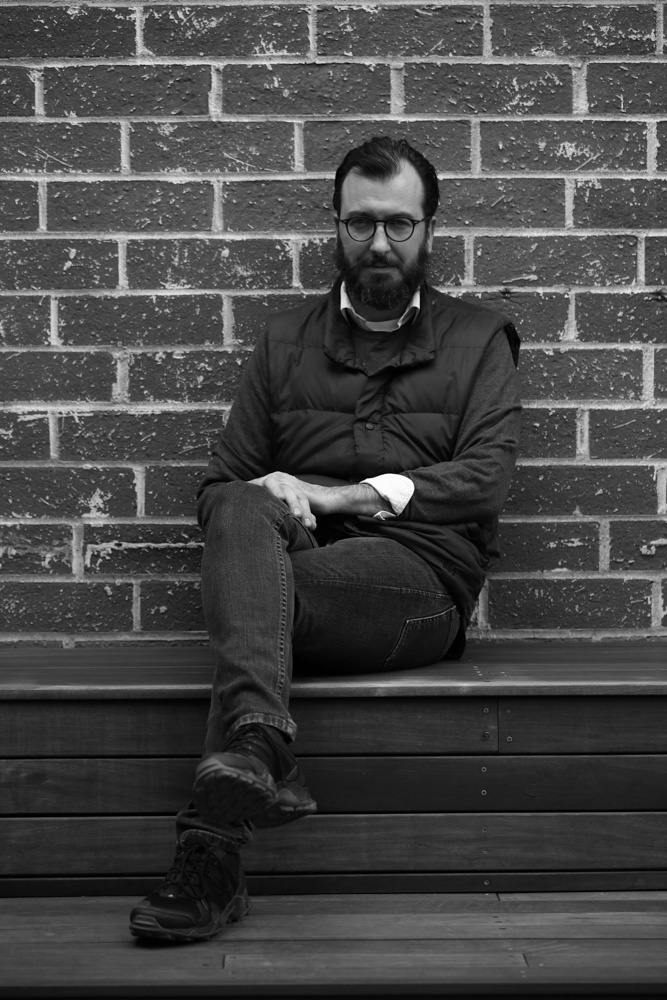 With more than two decades of experience in the industry, Todd has worked in senior roles such as Executive Producer, Head of Studio and Director in renowned studios across the US, working on some of the biggest award-winning campaigns.

His strong understanding of both the industry and business management enables him to manage the staff, process and tools that allow MPC to communicate and collaborate both at a local and global level. 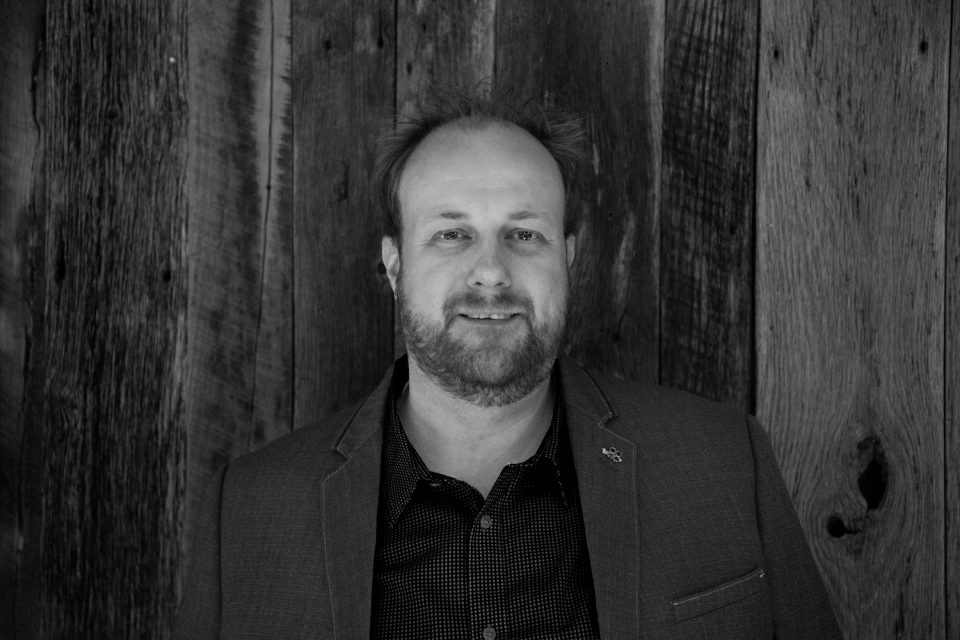 Acting as an ambassador for MPC’s creative technology expertise, Gregory is responsible for advocating and applying emerging technologies for clients and explore areas of business innovation that have the potential to open new vistas for MPC.

Gregory has over 15 years of experience in the creative industry working in a variety of senior technology roles at Grey, AMV BBDO, Wunderman and Havas.

As a known authority on innovation in the technology arena, Gregory appears regularly at conferences and has written extensively on the impact of technology on business and society. 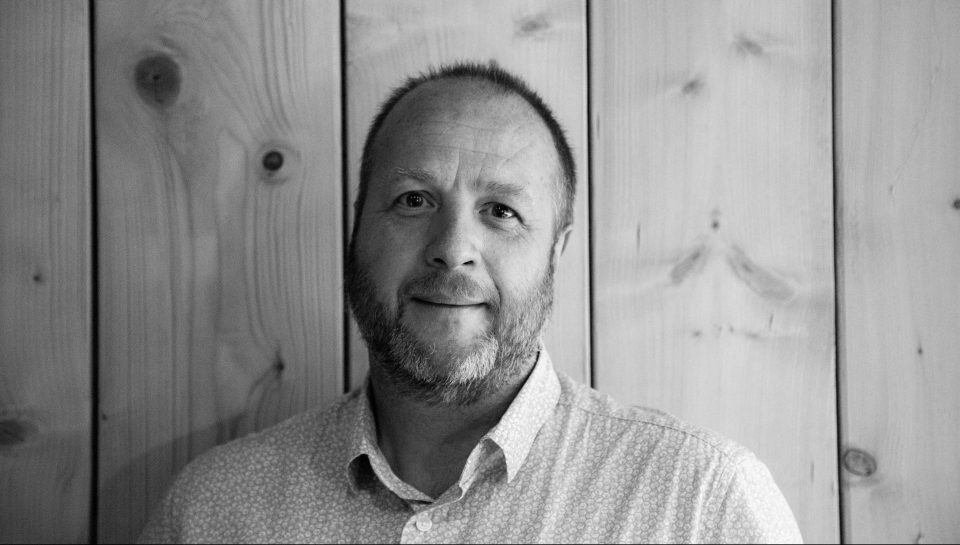 With over 30 years of industry experience, David is a creative technologist who joined MPC in 2003 as a Senior Engineer after gaining experience with BBC, TSI, Complete Video and SVC.

David is responsible for strategic technology initiatives and growth planning across 12 Technicolor studios. He is driven by a desire to embrace disruption, facilitate adoption and accelerate innovation to evolve the technology and software framework that powers creativity in the fast-paced world of visual post production. 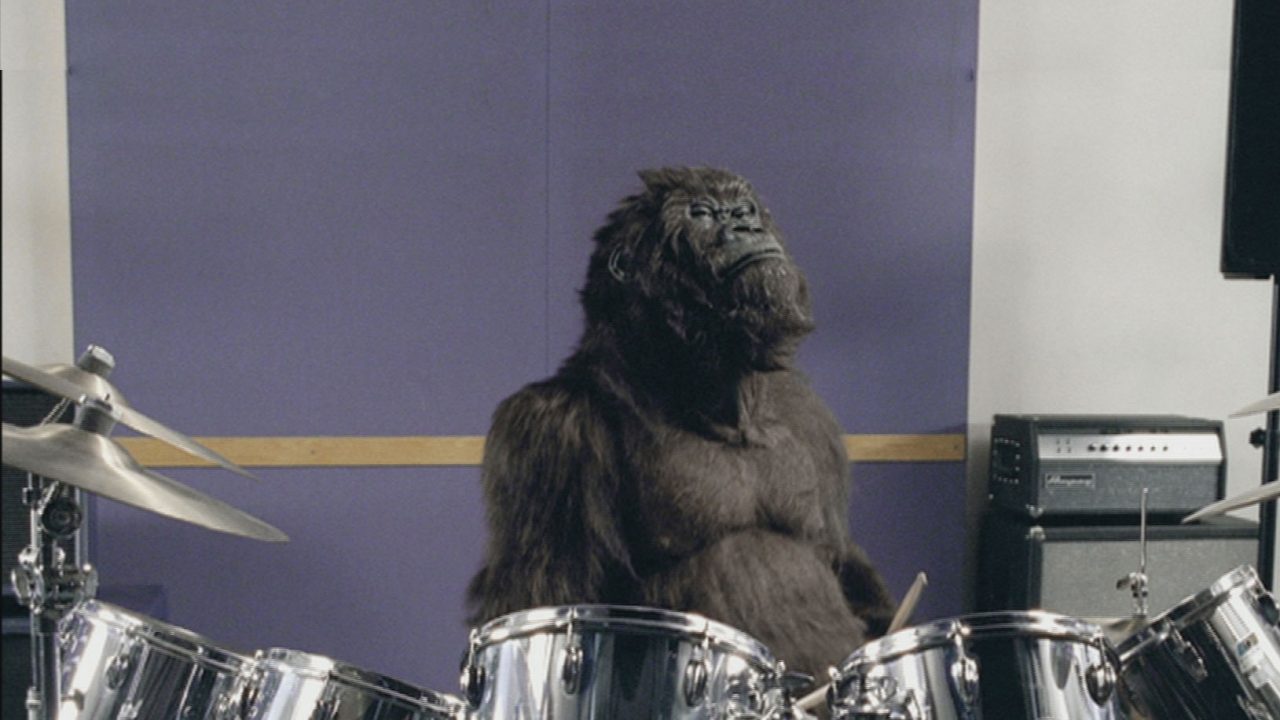 MPC started out in 1970 as a production company in London producing television commercials. Today, we have creative studios all over the world – London, Los Angeles, New York, Amsterdam, Paris, Shanghai and Bangalore. Since our inception, we have constantly been a pioneer of creativity and technology, doing things that have never been done before and creating experiences that are truly unforgettable. This couldn’t be truer than with our character and creature work throughout the years. Everyone remembers Cadbury’s drum-playing gorilla who captured the nation’s hearts with his raw emotion, or Three’s plucky Shetland pony that moonwalked its way into superstardom. We brought to life the revolutionary singing and dancing cows in Anchor Butter’s playful 90s campaign, becoming one of the first to seamlessly replicate and animate within a commercial. 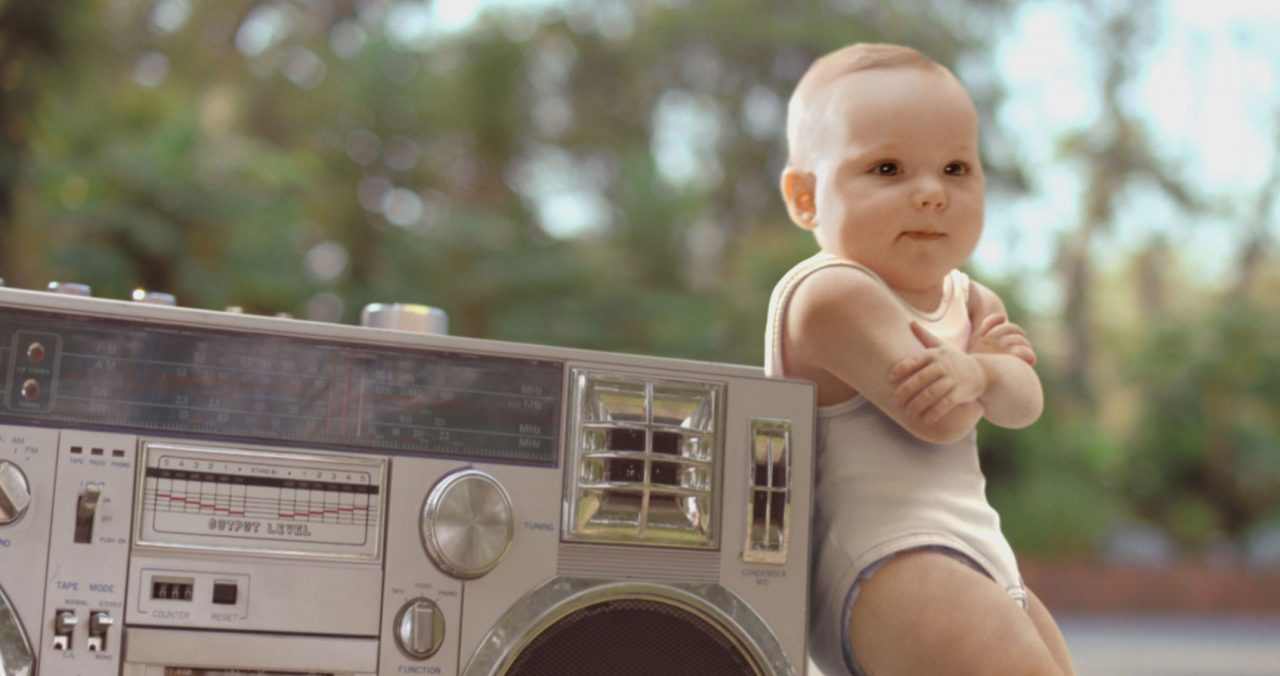 While we have always been at the forefront of creatures and characters, our work on digital humans has been revolutionary too. We recently recreated Elton John – one of the most recognizable faces in the world – for John Lewis’ Christmas campaign, but this is something we’ve been doing for a while. When Reebok wanted to create ‘The best team ever’ in their 1995 campaign, we achieved the unknown – digitally bringing together Ryan Giggs, George Best, Bobby Charlton and other legendary footballers to recreate the perfect football game. When the rollerblading babies for Evian was released, our groundbreaking work to bring the dynamic babies to life led to it becoming to one of the most viewed ads of all time. 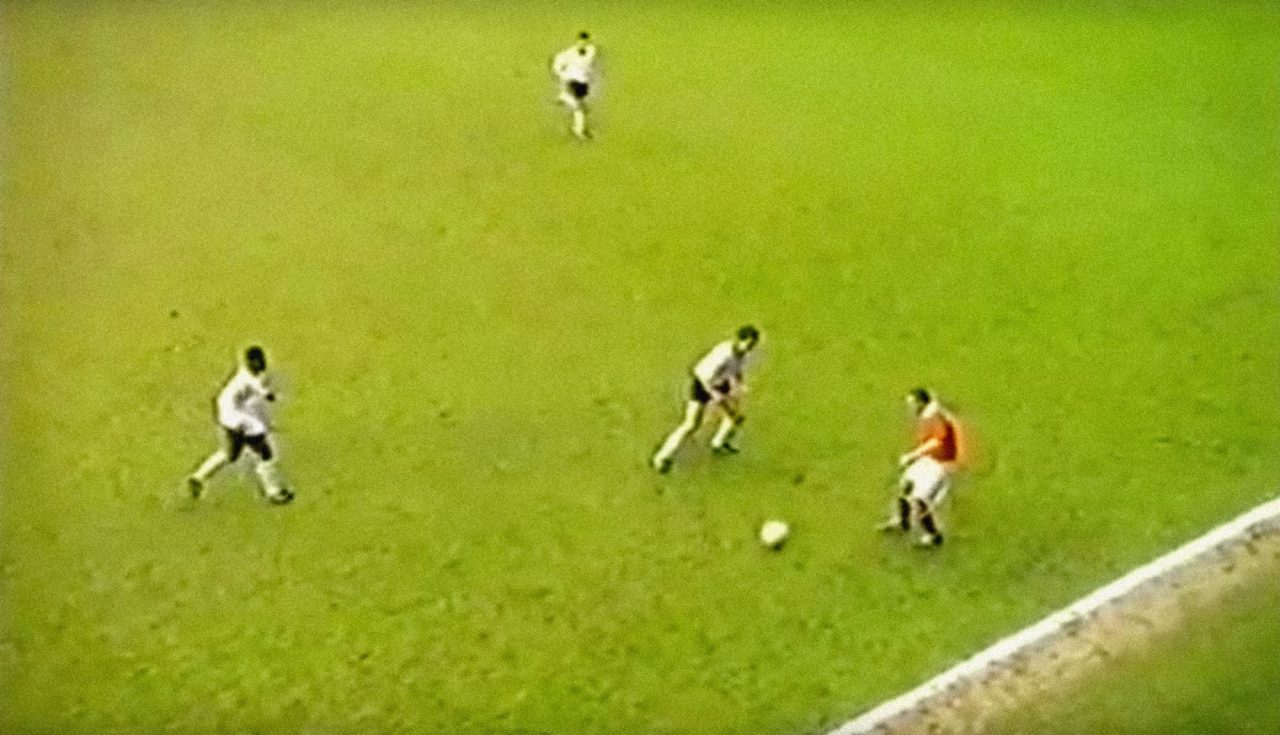 Reebok “The Best Team Ever”

Our work has touched other iconic ads throughout history too – Ariston’s award-winning commercial was the first major use of the ‘difference matting’ technique, Hamlet’s outrageous but highly memorable photo booth ad became one their most famous campaigns ever and Basement Jaxx’s Where’s Your Head At’ music video in 2001 became renowned for its band member’s faces being superimposed onto monkeys.

Our work on British Airways’ large scale campaign directed by Hugh Hudson kicked off an ongoing partnership with the airline, and we recently worked on their 100th anniversary campaign.

Today, we continue to push the creative needle and break boundaries, bringing together our amazing artists to create work that entertains, excites, and most importantly, moves people.

We are image makers at heart – it’s in our DNA – so however audiences view content in the future, we will continue to always be at the forefront of its creation. 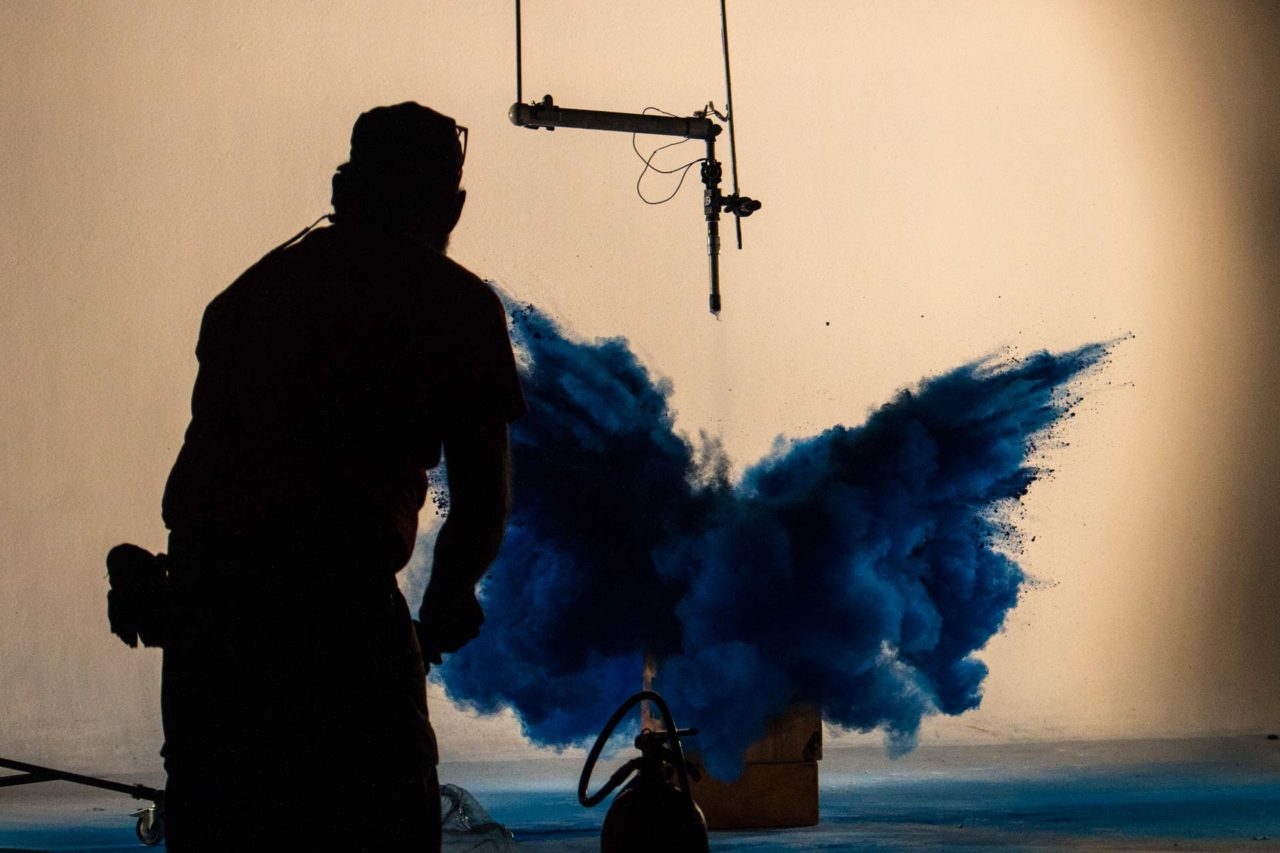