The team at MPC worked together with sub to create the 21-minute film inspired by the choreography and dynamism of a fireworks display. The film was featured on a colossal screen at over 1400m square, which gently lowered towards the audience and featured a dynamic range of scenes mirrored in the show floor. 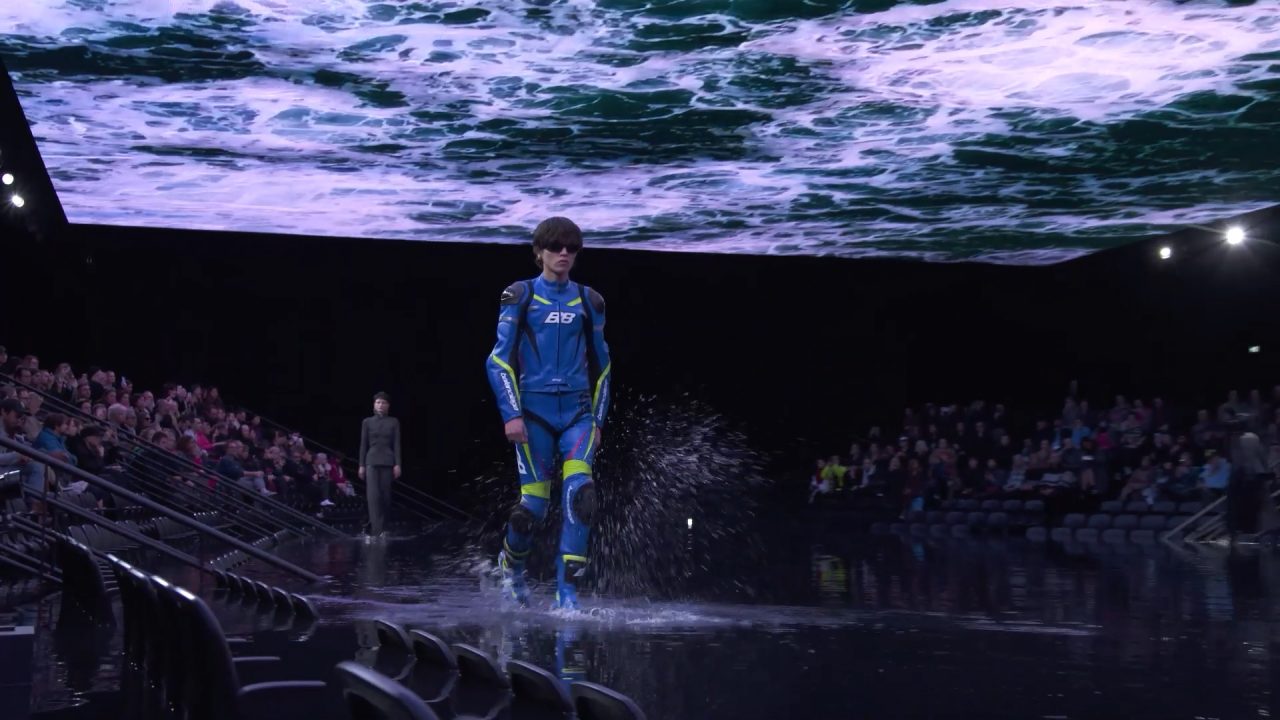 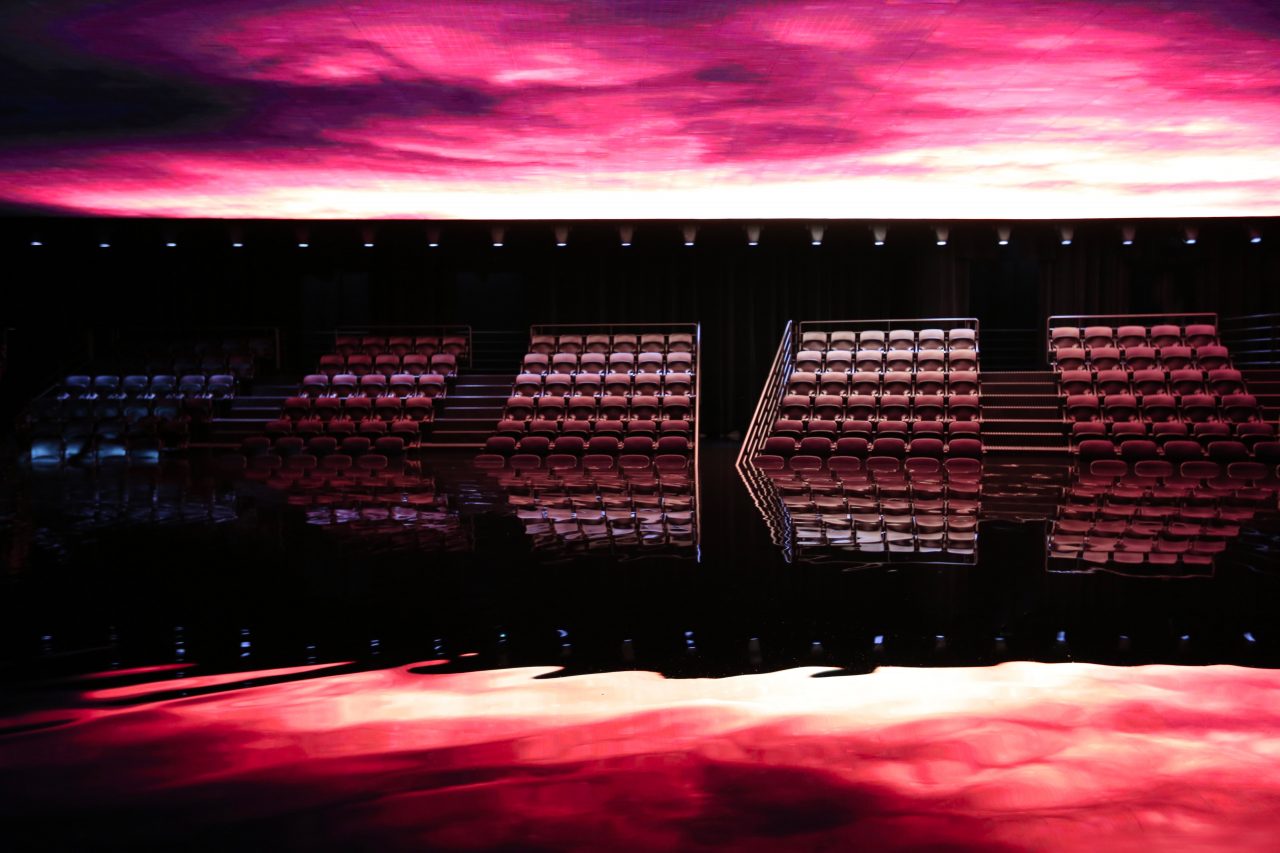 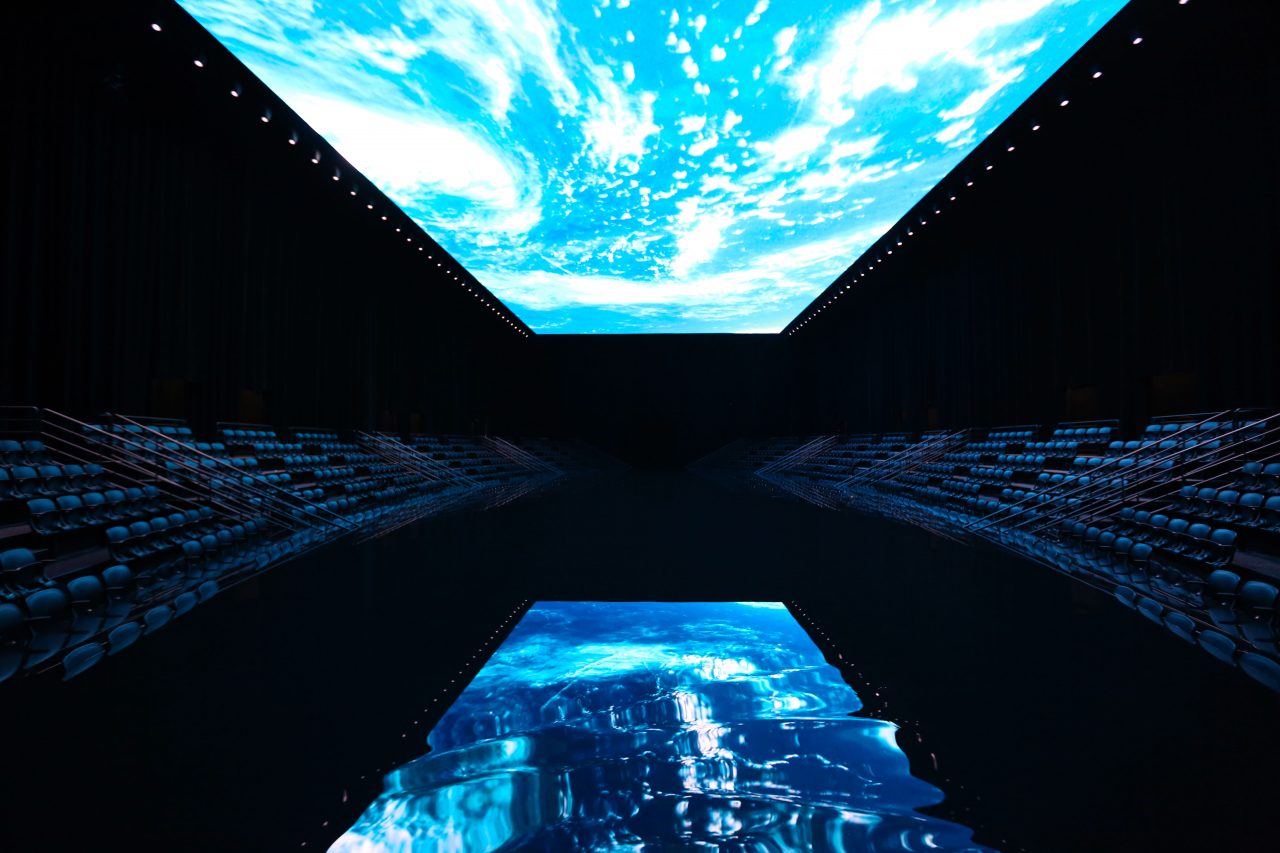 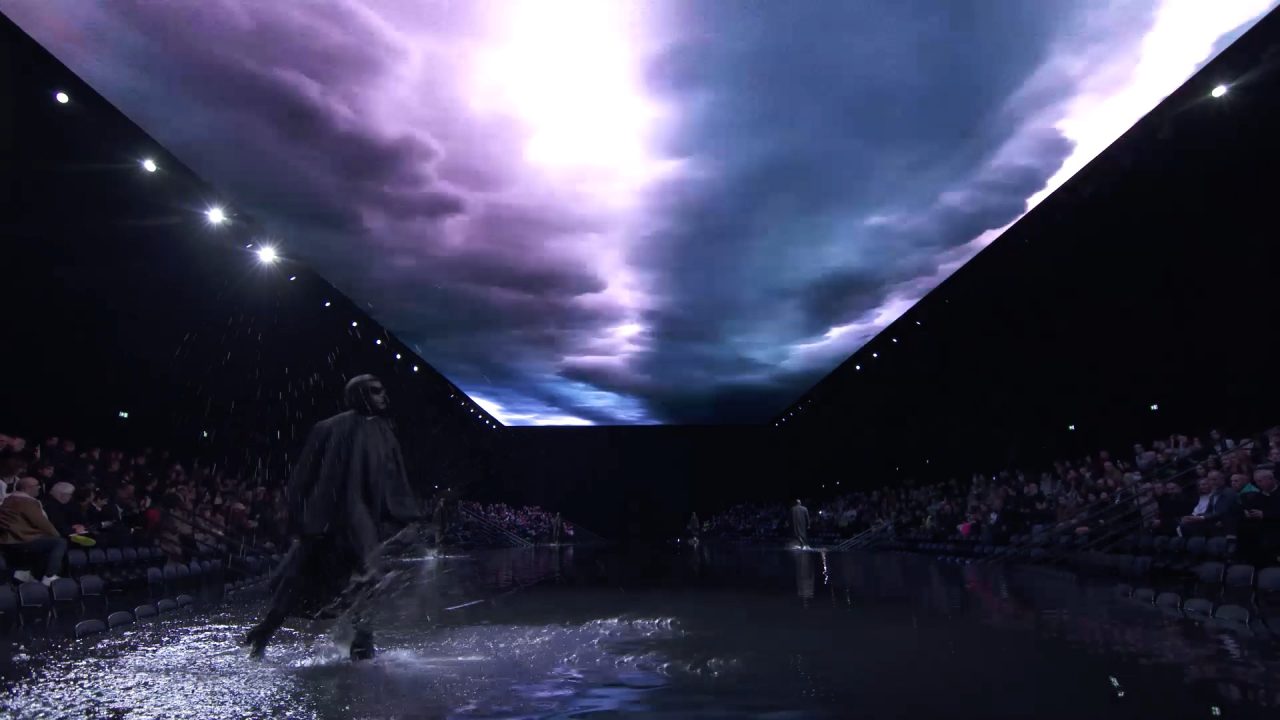 MPC’s role was integral in helping Balenciaga and sub achieve their vision of creating a cinematic experience, connecting both physical and digital worlds that fuses seamlessly fashion, art and technology.

MPC invisibly crafted together sequences using innovative VFX stitchery to create an immersive ‘one shot’ experience. The vast visual scenes flowed from sky, fog, fire and storms to a maelstrom of birds and the crescendo of a lunar eclipse. The film was enhanced by a unique soundtrack by BFRND.

“We were tasked to create an augmented abstraction of reality, a hyper real fluid journey through the elements, Air, Fire, Water and Earth. Running at 21 minutes at 5k the shows really tested our pipeline, for both delivery and speed of creative integration. Utilising sourced footage and FX simulations, we stitched and integrated footage together in parity with sub’s creative vision… It was super cool to see the epic visuals on the 1400m square screen and the impact they had on the show environment.” – Marcus Dryden, VFX Supervisor on the film. 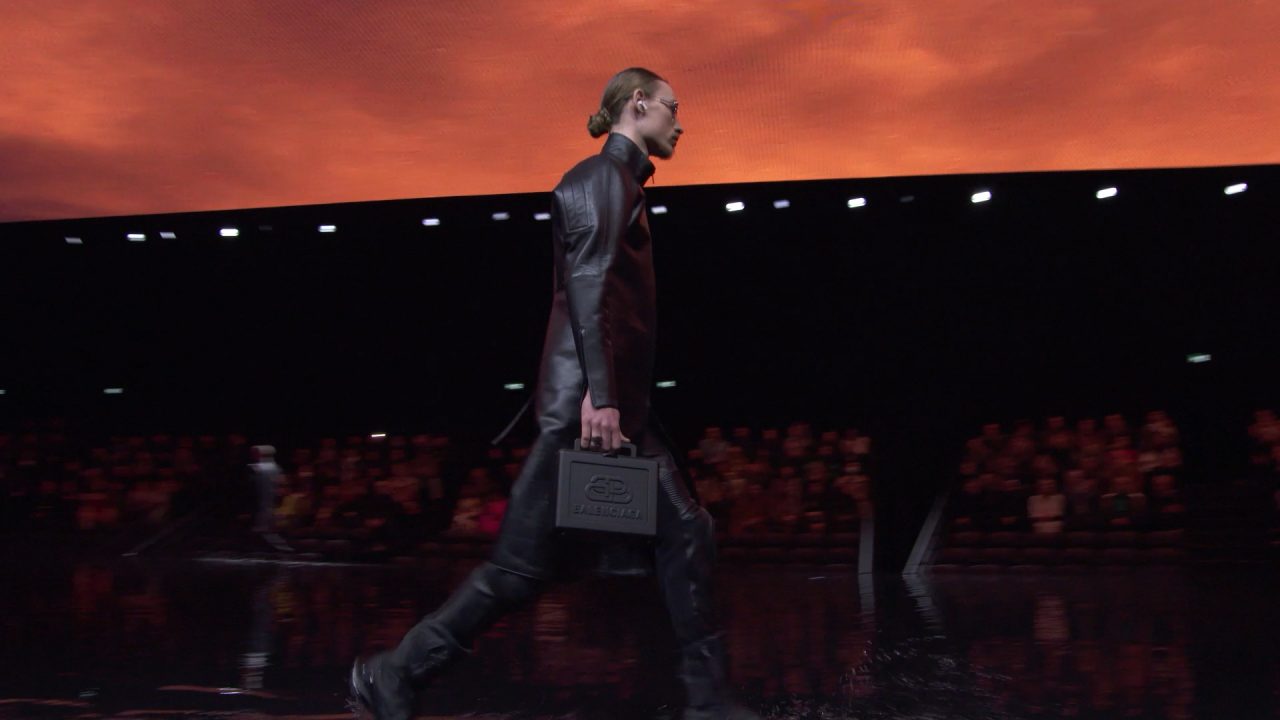 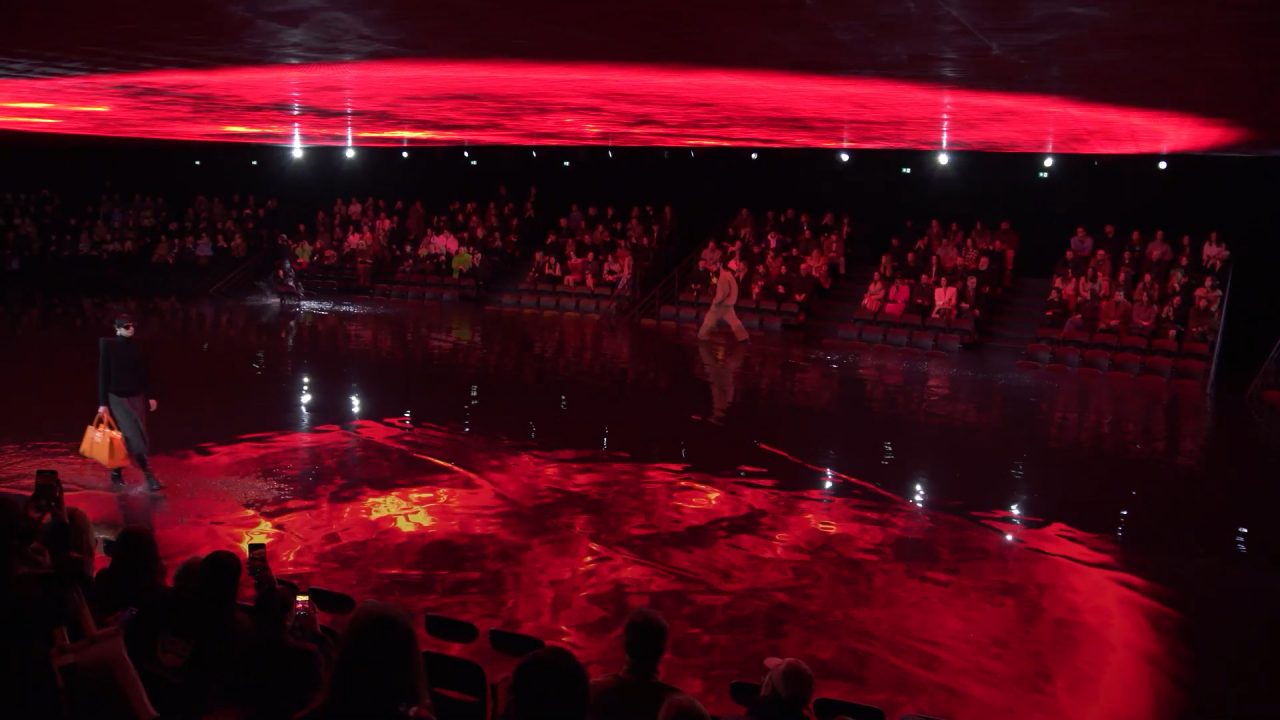 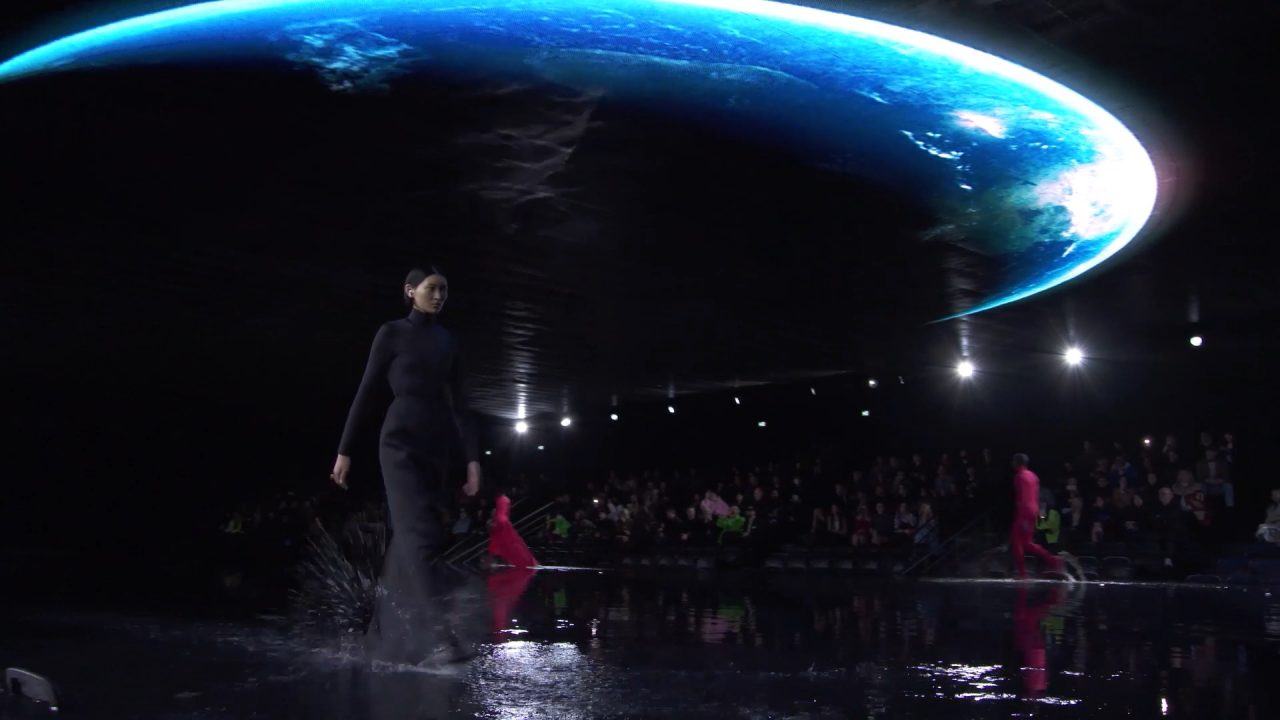 “It was an exciting challenge to grade for a screen that’s over 1400 metres square. With such vast scale we had the opportunity to take images and turn them into abstractions; ones which would be disrupted and mirrored by a liquid floor. Bold and daring, the effect was staggering. Partnering the collection and music cues MPC adapted the dynamic scenes such as conjuring dystopian cloudscapes which sweetened into soothing colours across the vast canvas.” – Duncan Russell, colourist on the film.