‘Our Newest Destination’ created by 180 Kingsday, reunites MPC with the team behind Qatar Airway’s ‘The World Like Never Before’ campaign, including director Ben Scott, Ridley Scott Associates.

Celebrating the FIFA Women’s World Cup France 2019™, the spot is a story of legendary proportions. The heroes of the game become giants, roaming a mountainous CGI landscape. A magical land where footballs rain from the sky, stadiums erupt like volcanos and fans – including superstar supporter Neymar JR – celebrate the skill and talent of the players from across the world.

The VFX work from MPC, led by 2D Supervisor Alex Snookes and 3D Supervisor Greg McKneally, was integral to bringing the elaborate concept to life. One area the team were heavily involved in was the planning and previs of how to achieve the giant footballers in camera in a way that would be believable and suitably epic. Greg explained:

“we helped to identify the source material which would serve as the basis for the environments, and then reverse engineered the camera moves to figure out what a slow motion miniature version of the camera would need to do to film action plates that would create the illusion that the footballers in were giants. It was both technically and creatively challenging, and very rewarding to see the results come together as planned”

Achieving the environments on this project was a major challenge as many of them had to be created from scratch and needed to be designed to fit quite specific requirements: “the volcano mountain stadium is a great example of this, as are the dramatic action shots of the footballers” added Greg.

Alex said: “I am most proud of the stadium shot where we created a whole new environment utilizing mostly matte painting with some CG on top. It was a really successful way of capturing the client’s vision”.

The deadline was very tight, and the final look and feel of the piece was constantly evolving during the process, so the team collaborated very closely with director Ben Scott throughout. Greg said: “I was thrilled to work with Ben on this project and we were fortunate to be involved very early in the planning, concept development and design of the shots. It’s a brilliant opportunity to portray female footballers as the epic heroes they are”. 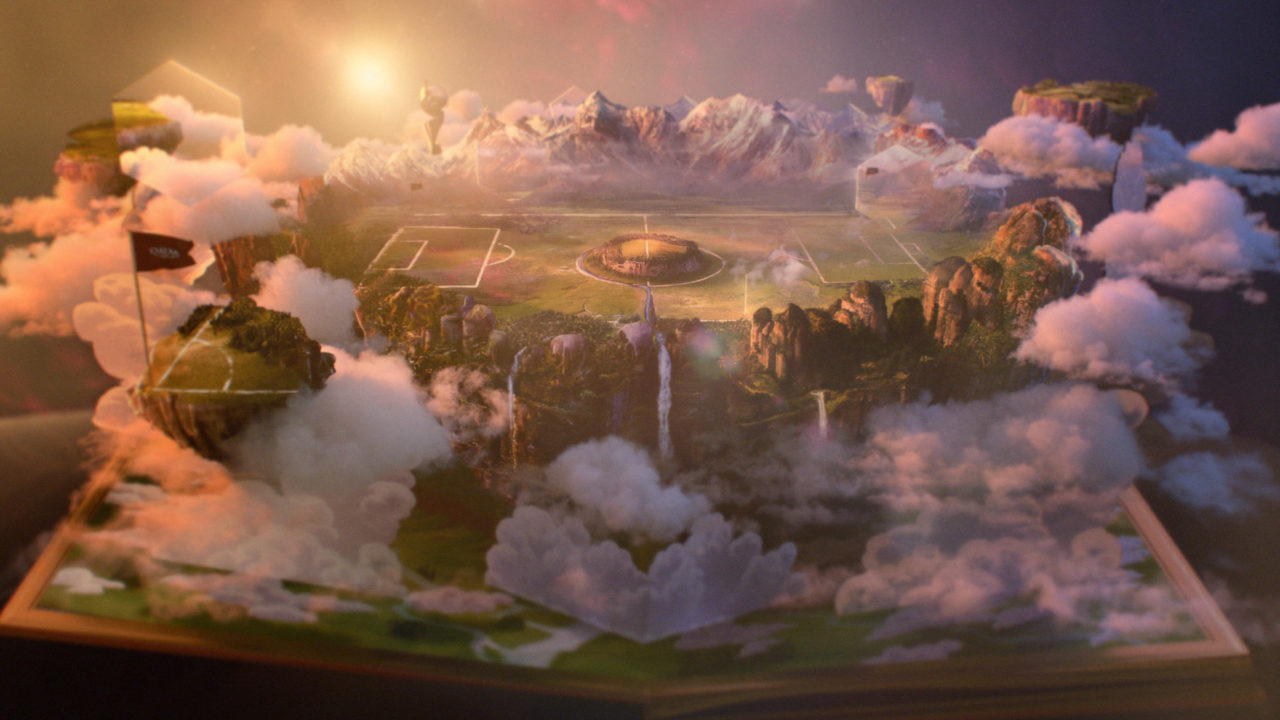 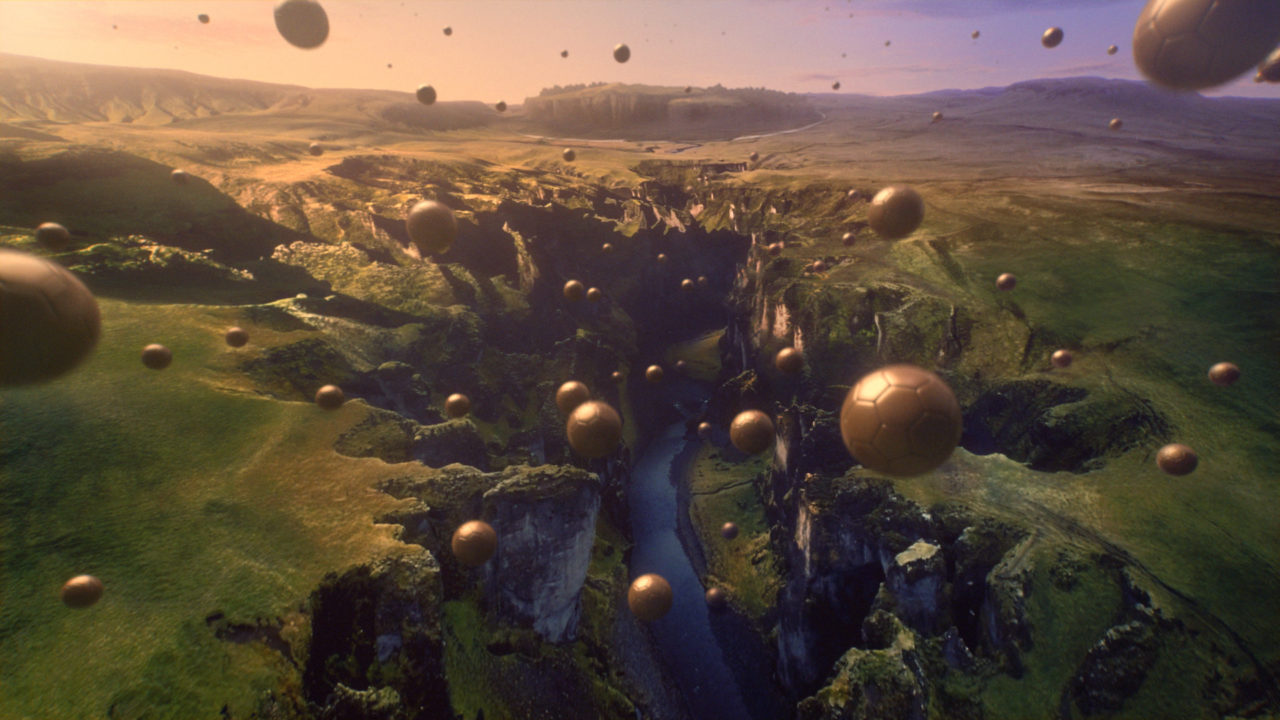 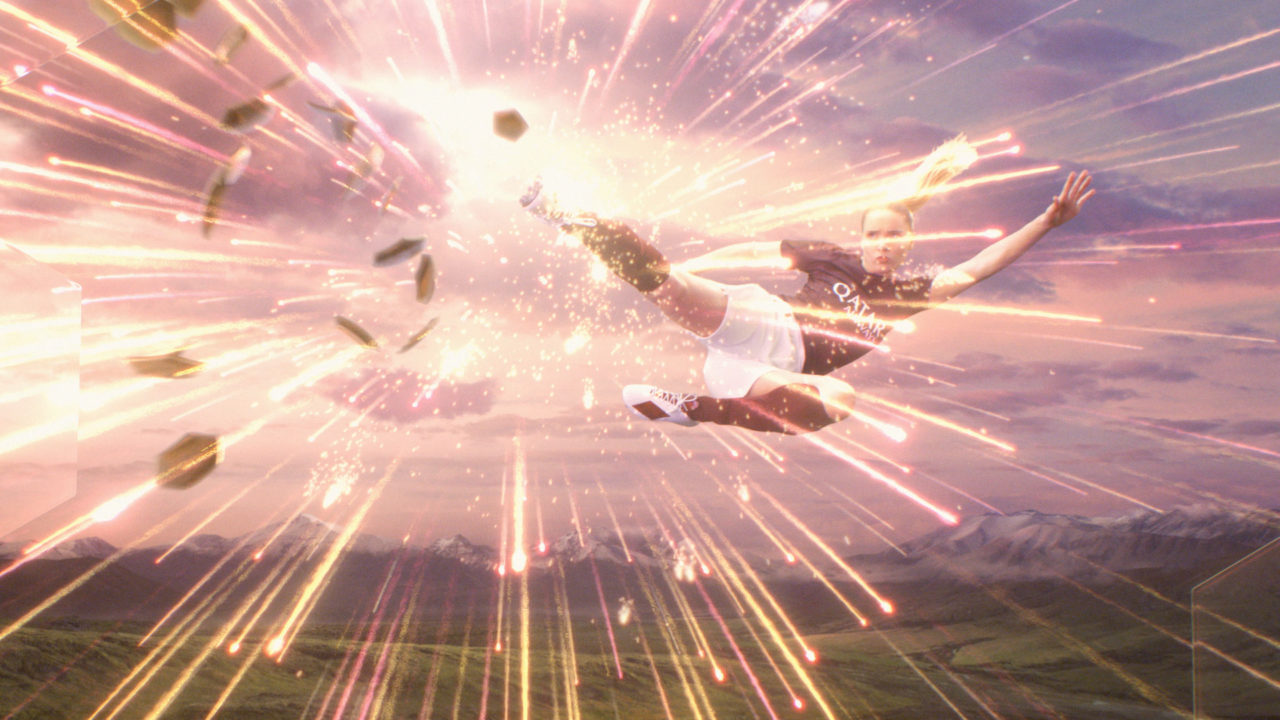 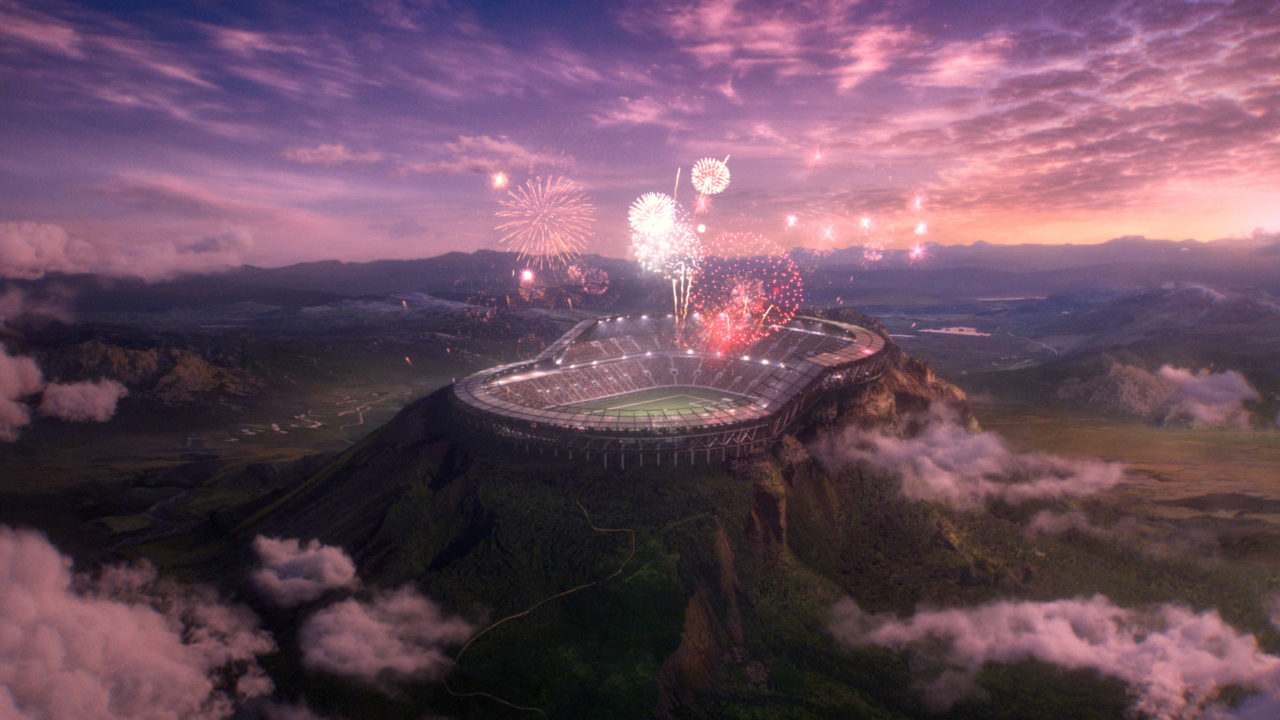 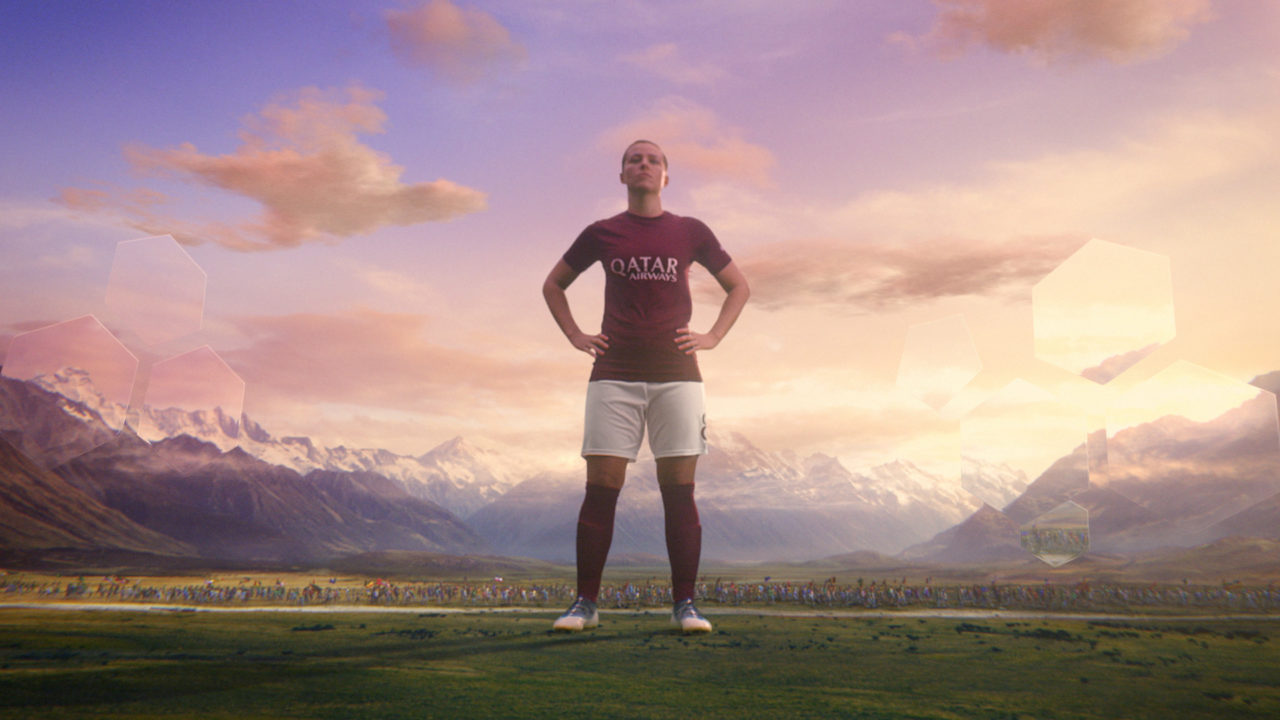