Weighing In is a short film created by the MPC team. Invited by Motionpoems for their annual showcase, MPC was asked to visually adapt a poem of their choosing with full creative license.  Inspired by the vivid and abstract details of the poem ‘Weighing In’ by Rhina Espalliat, MPC set out to create a 90-second animation piece bringing to life Rhina’s rich words on the journey one embarks on in life, exploring the many swirling emotions we experience as we grow and finally arrive with wisdom in old age.  A passion project for all, the small team of designers and animators spent several months in between other projects designing, and combining traditional cell animation with after effects and CG accents to bring the poem to life.

“The team was very excited by the open brief of the project and fell in love with Rhina’s beautiful words,” said director Casey McIntyre. “We were immediately drawn to an illustrative approach for the animation that would allow us to play with all the themes in the poem and capture the different emotions like childhood happiness, adventure and melancholy in a spirited way.”

“To capture the essence of the poem, the visual idea of scale was developed as a metaphor, framing the duality of one’s own weight and the weight of the world around a central character,” McIntyre added.

MPC’s Weighing In film will be a part of the Young People’s season of Motionpoems, premiering at the Poetry Foundation’s Children’s event on April 1, 2017. 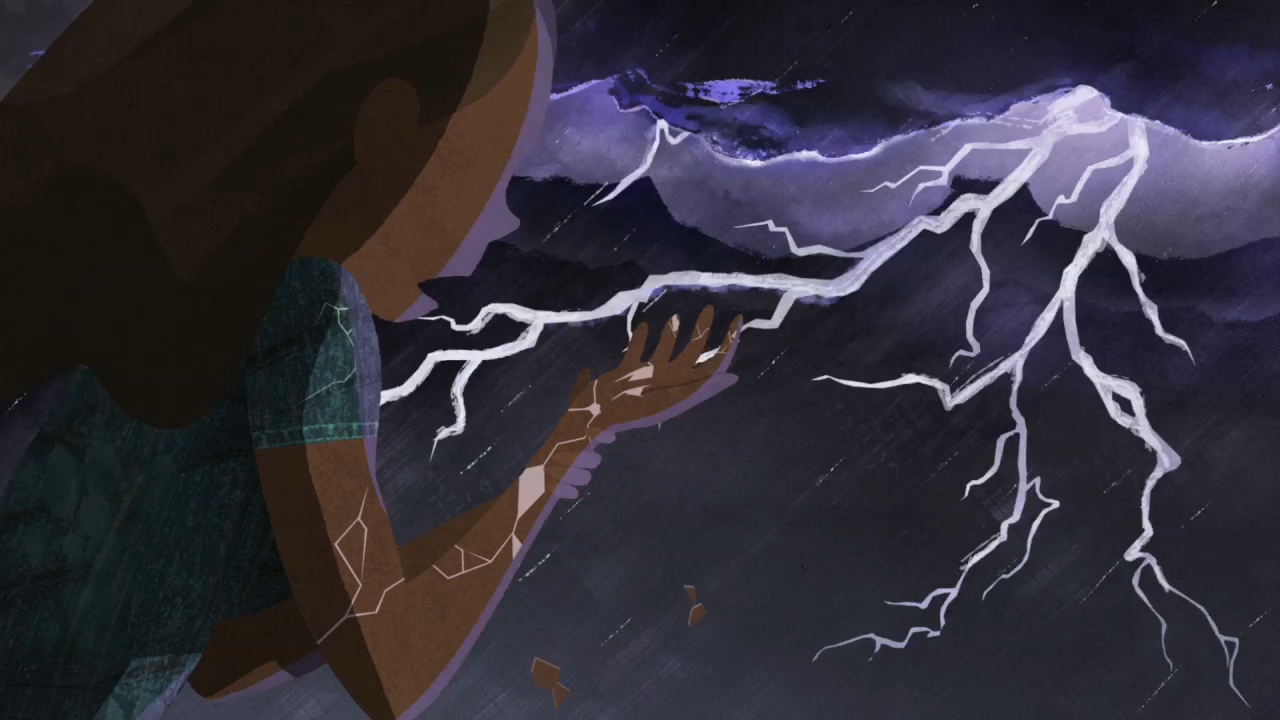