About the project, creative director Rob Hodgson said, “This was one of those dream jobs where we were involved early on, with time in the schedule to concept and design the robot arms in-house. Live action filming then became an exact match of what we had blocked out in previs. Our animators who worked on the previs ultimately animated the final spot as well, which was a great opportunity to see the project through creatively from start to finish.”

MPC VFX Supervisor, Zach Tucker, was an on-set supervisor and continued to oversee the 3D work afterward. Here, he discusses the unique nature of the project:   “We only had one set, but because the furniture was being moved around quite a bit for different shots we scanned the environment for each setup. This enabled us to accurately place our robot arms in the space for each different layout.  Special attention was paid to getting quality lighting reference both in shadow and in direct sunlight pouring in the window, as our CG was going to dominate the frame in many shots.  Working with Jon Favreau and Bill Pope, the DP, was a pleasure. They both had come off of The Jungle Book and are top-shelf when it comes to understanding the shooting guidelines for integrating VFX.  During the previs phase with Favreau we were able to block out the shots, so we knew how things needed to be rigged for hand-puppeting our actor around.  If you don’t plan that well, or deviate from your plan on the day you run the risk of something not lining up well with the CG later.  We had a solid plan with Favreau and Pope and stuck to it.  As a result our CG dropped in and lined up nicely with the live-action performances.  DDB gave us a wonderful platform to build on with such a fun concept. They let us and Favreau play with how the car would be assembled and how the Dad would be shuffled around the room by the robots.  That collaboration was key, as we had a limited amount of time to go from a normal living room to a fully assembled vehicle.” 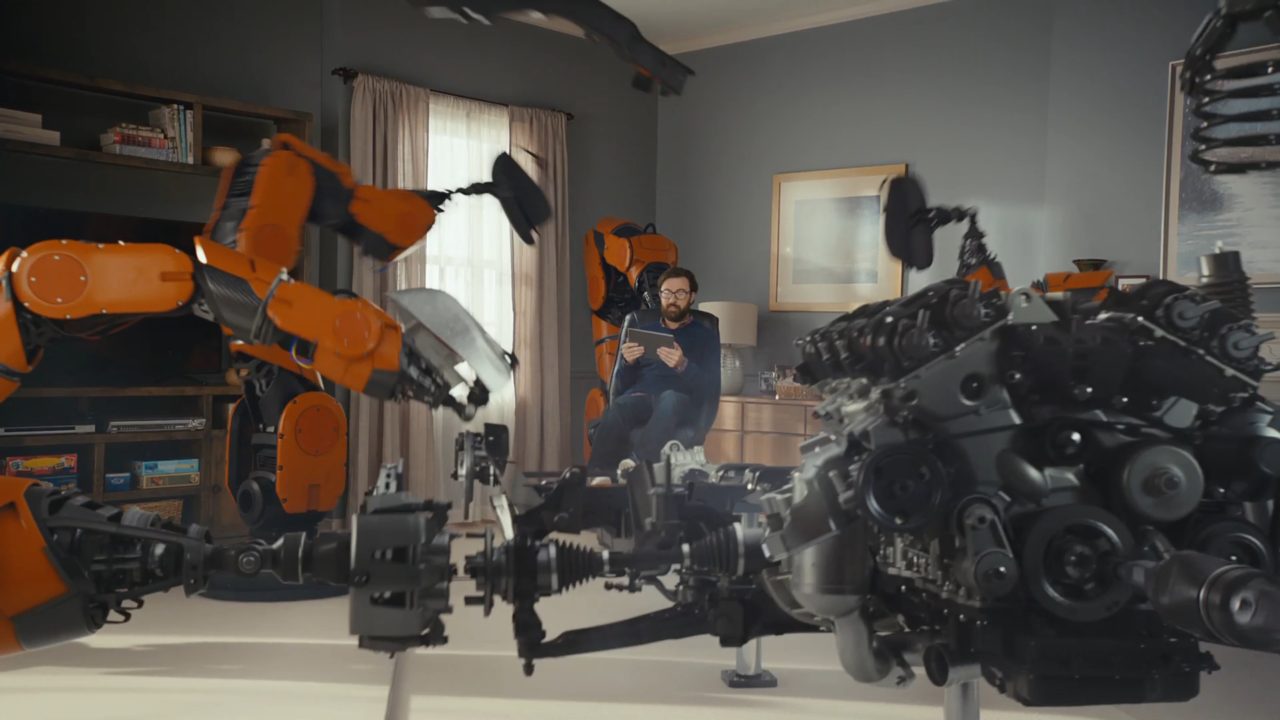 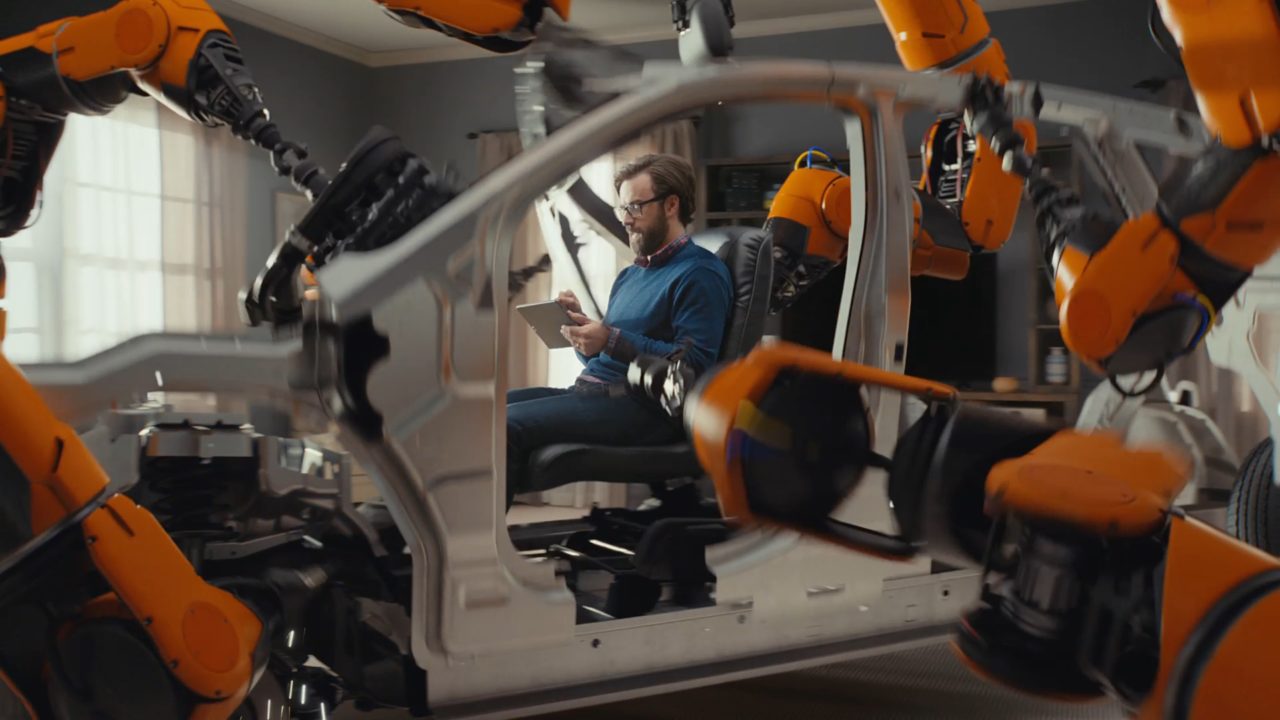 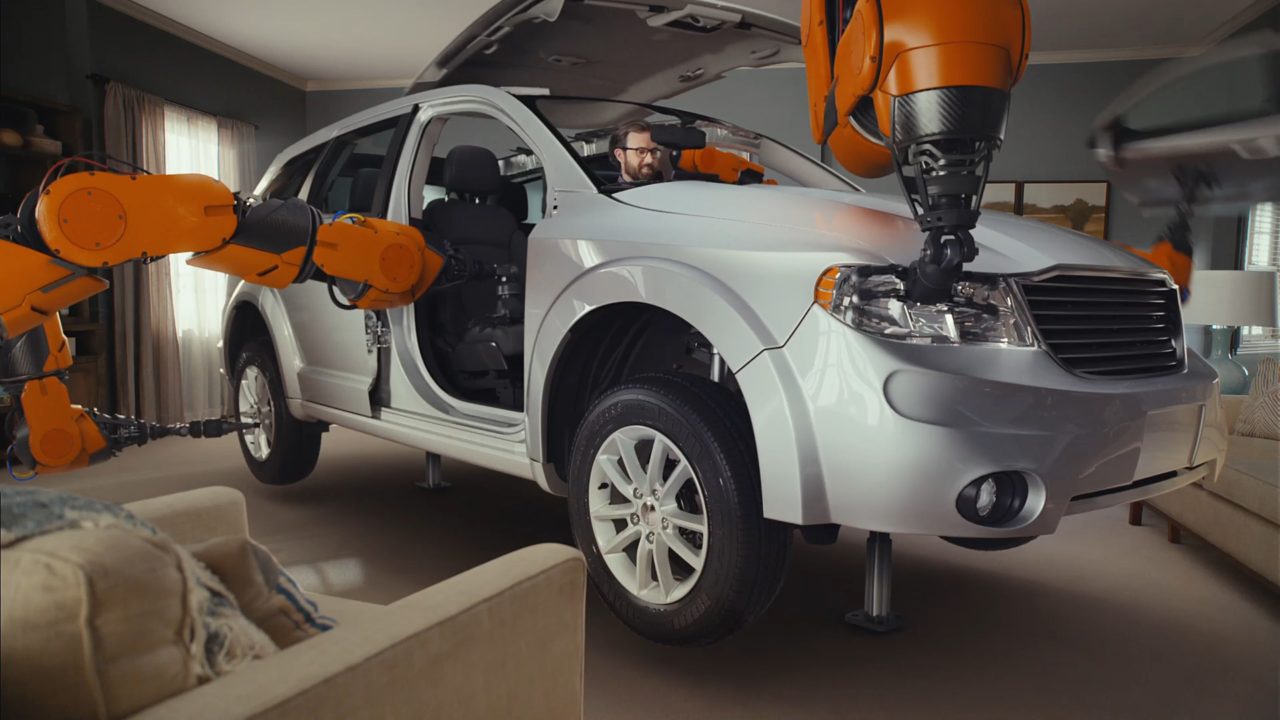