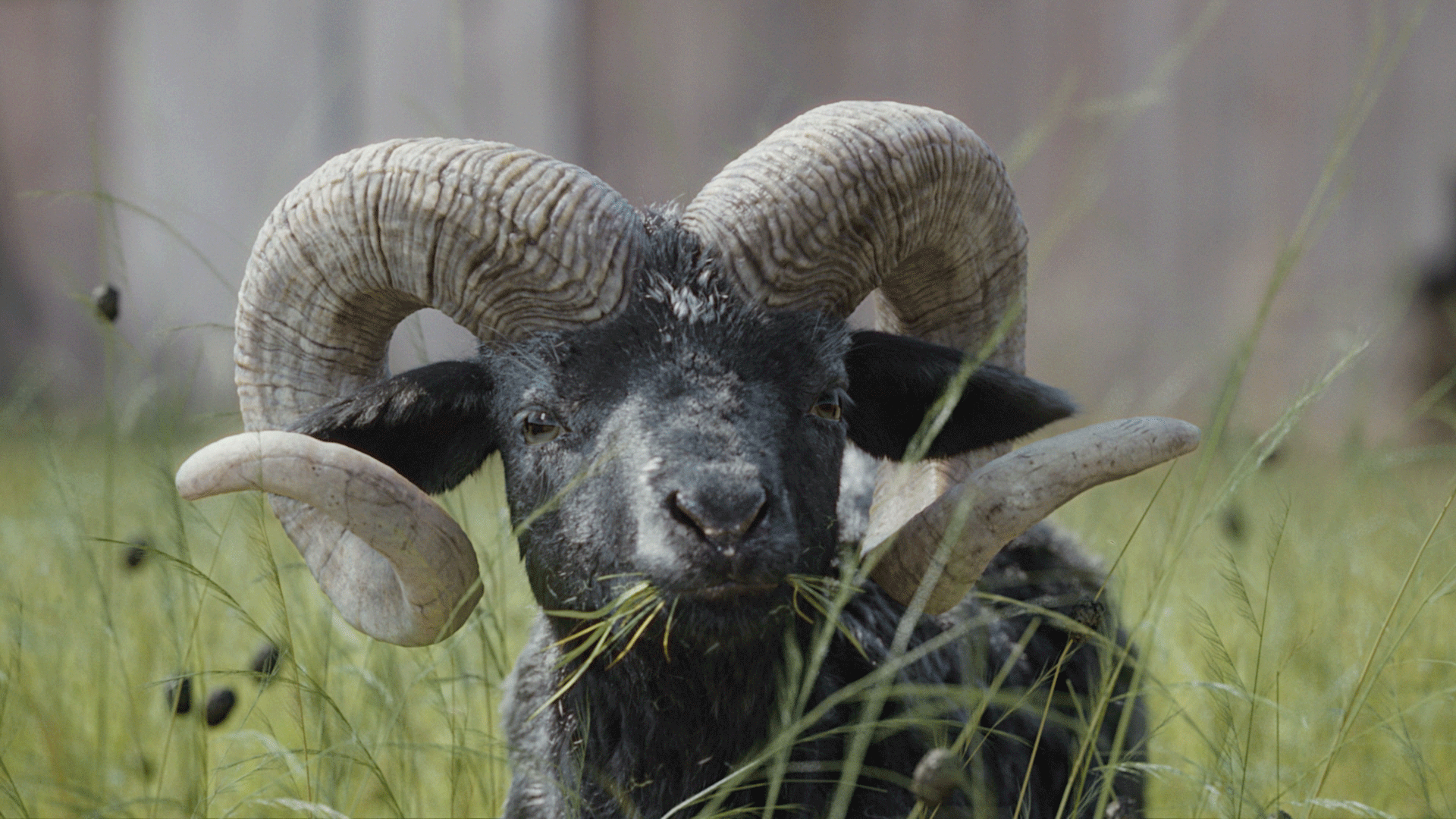 Throughout July our artists across the global studios will be sharing art and science insights and BTS footage behind MPC’s most iconic photoreal and animated characters that appeal and connect across integrated brand campaigns.

First up Animation Director and four-time VES Award winner, David Bryan, depicts the creation of Bam the Ram for Volkswagen and explains why subtlety is key to maintaining the realism and the importance of flawed characters with complex personalities.

Can you talk about the craft behind creating Bam?

When creating this iconic ram for Volkswagen’s T-Roc campaign, our main task was to deliver a performance full of confidence and personality while keeping the animation believable throughout. It was important that we used life-like proportions, staying true to physical anatomy. To show confidence, the director had requested that Bam should possess a more muscular physique and we were able to convince him that the best way of expressing this would be solely through animation, without creating an overexaggerated version of the ram.

Delivering a performance full of confidence and personality while keeping this animated creature believable throughout was really important. It was made more difficult as Bam was to be born with physically challenged anatomy. His noticeably large horns added an extra consideration of physical weight to the head of the young ram, meaning that the performance would have to be carefully planned out if the believability was to be sustained.

When developing the fur, in addition to a young ram we also needed to create a wet look groom to give the effect of a new-born. There was also an enormous effects challenge attached to this as there had to be rain running over the top of the lamb in the birth sequence to disguise the lack of blood.

For an extra layer of detail, we used a muscle/skin sliding system that worked for both the new-born ram and young adult at the same time, allowing the fur to accurately roll over the muscles and bones, while flexing and relaxing individual muscles and muscle groups.

How did you get Bam’s personality right and differentiate from previous characters?

Working closely with the client and director, we identified the key features that would drive the story and give our ram its personality. In Bam’s case, he had to be confident, almost a little bit arrogant, yet charming and likeable. We went through a range of different references to establish what kind of poses and body language examples would portray these emotions with Muhammed Ali being one of our key personality references.

Another task we faced was expressing his behaviour through different ages. The story had to be clear while still upholding a confident personality. Paying attention to details that distinguish the differences in age, such as higher frequency movements, the velocity of his breathing and his irregular, erratic steps when walking across the slippery rocks the night he was born, in comparison to the controlled, measured presence he expresses later in the film as he leads a herd of sheep with his head held high and proud.

What was the biggest challenge when creating Bam?

The commercial starts with the most challenging part, the birth of our lamb on a rainy night, and jumping in time to our young adult ram. To achieve this, we not only had to create a new baby version of the model and wet groom, but also tackle a variety of very complex dynamic effects such as simulated water in the fur and clumps of dirt. To create the wet groom, we used MPC’s proprietary grooming tool ‘Furtility’ and to accurately simulate water drops and dirt in the fur, we created bespoke proprietary tools in Houdini. This also included water drops running down the strands and clumps, gathering at the tip of the hair and then dropping off when the velocity of the lamb’s animation was big enough, always taking the accurate surface tension of water into account. For example, when he struts over the wet rocks, he shakes his head releasing drops and dirt like a wet dog. We also made sure all the CG water from the lamb’s fur interacted with the environment, thus ensuring a seamless integration into the plate.

Residue in the fur had to not only affect the clumping of the groom but also the dynamic movement. Wind and velocity-based fur dynamics were required for almost every shot. In addition to this, they also had to affect the simulated water and dirt in the fur. The wire solver in Houdini proved to be a solid solution, however, we had to extend the capabilities with several proprietary post-simulation tools. This was to enable the artists to creatively shape the look of the dynamics and not entirely rely on the simulation itself.

What sort of research and time is involved? How well do you have to understand animal or human anatomy?

The first days of the project were spent gathering stock footage of baby lambs and studying the footage of the real sheep on set, searching for differences in their walks and behaviours across the various age groups.

We found examples of aggressive rams attacking a punching bag that were perfect for when Bam had to smash through the barn door, and an example of a fierce sheep being cornered in her pen by an aggressive dog only to charge back. These references were perfect for creating true to life physical actions for our character. 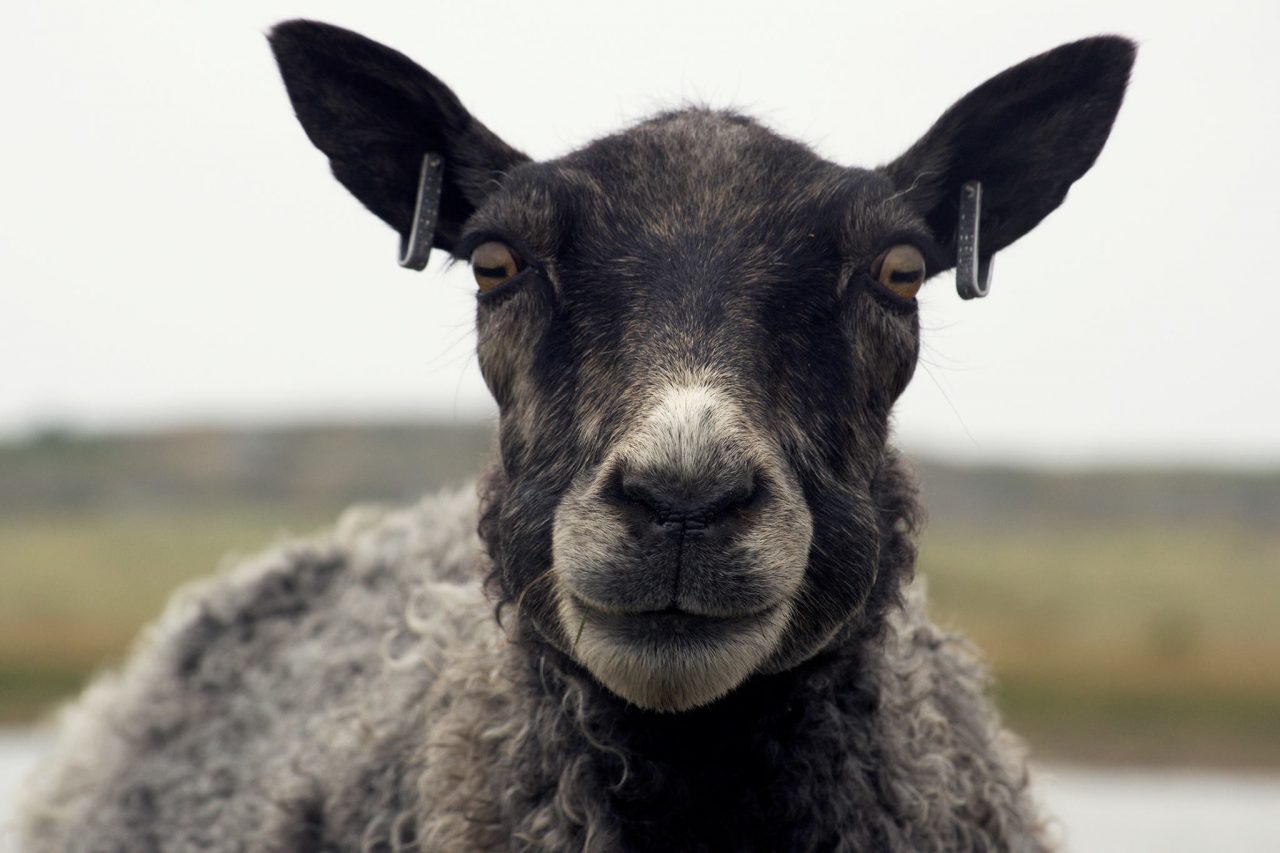 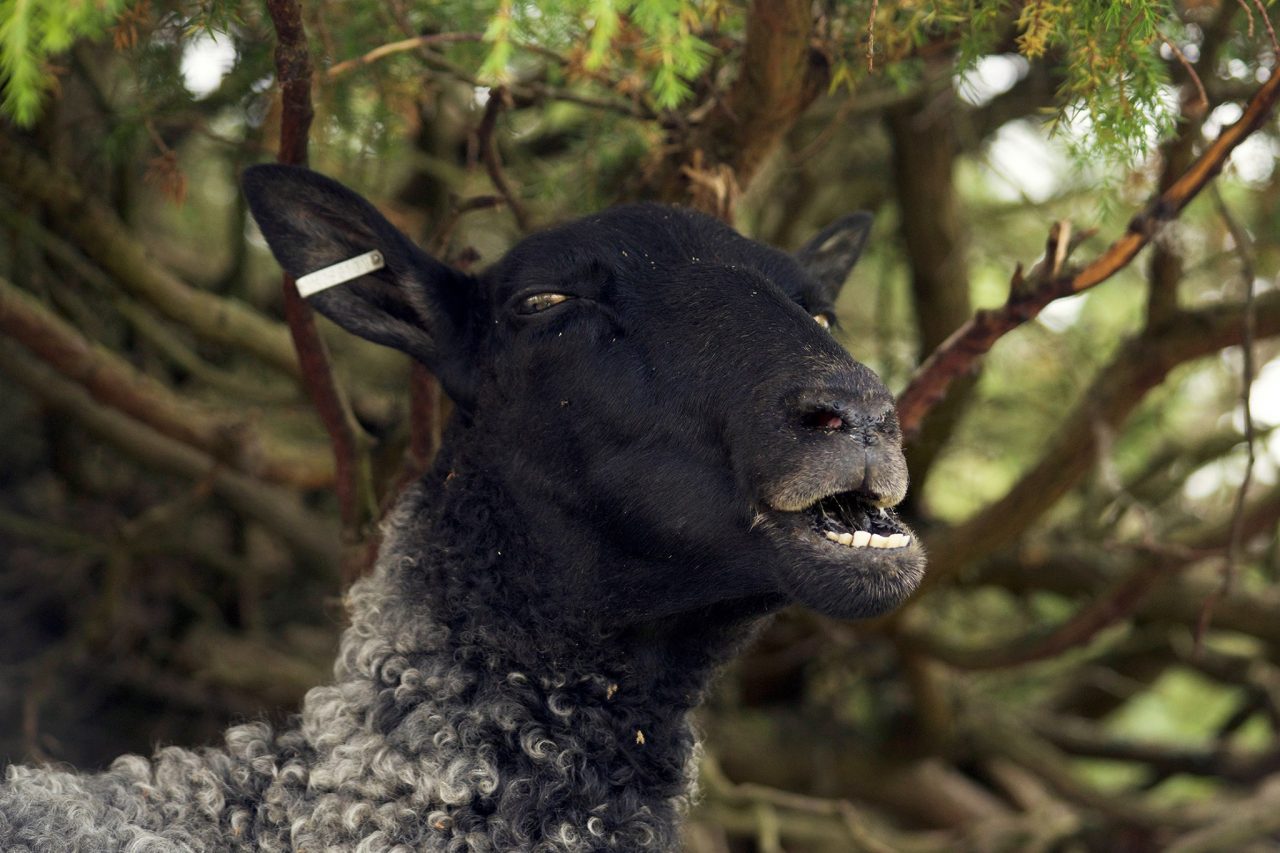 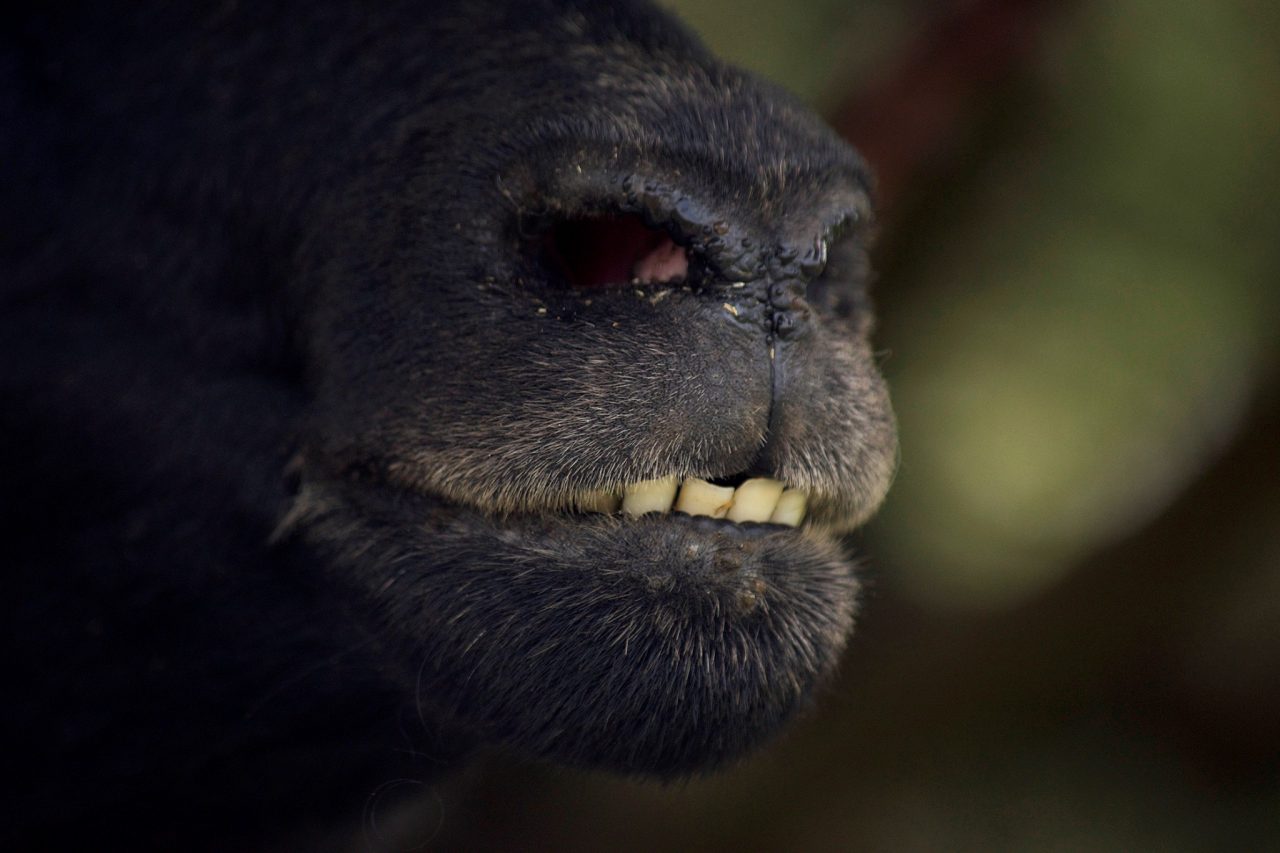 To broaden our reference material, we also looked at other animals such as bulls, deer and mountain goats to see what behavioural traits we could learn from them. Studying bulls was useful for the standoff sequences, resulting in a threatening scenario without using too much motion. Deer were great references for confident, noble poses with striking body language, conveyed even while just standing still.

During this stage we are able to gather a good understanding of how far we could push his limitations for what would be physically possible within the confines of the animal’s anatomical capabilities.

How did you give the character a ‘human’ feel and create the emotional connection?

The performance had to be as realistic as possible so we struck a balance between natural, realistic behaviour and storytelling, deliberately avoiding over-acting, which would break the realism. Instead, focusing on body language, strong posing and the smaller details of the ram’s performance, such as the behaviour in the nose, the tension in his face when staring down the bull, and the subtle movements in the eyes, head and ears. These carefully selected details provide the character with a consciousness, integrating its performance within its surroundings and also allowing the audience to project a human emotion onto the character. 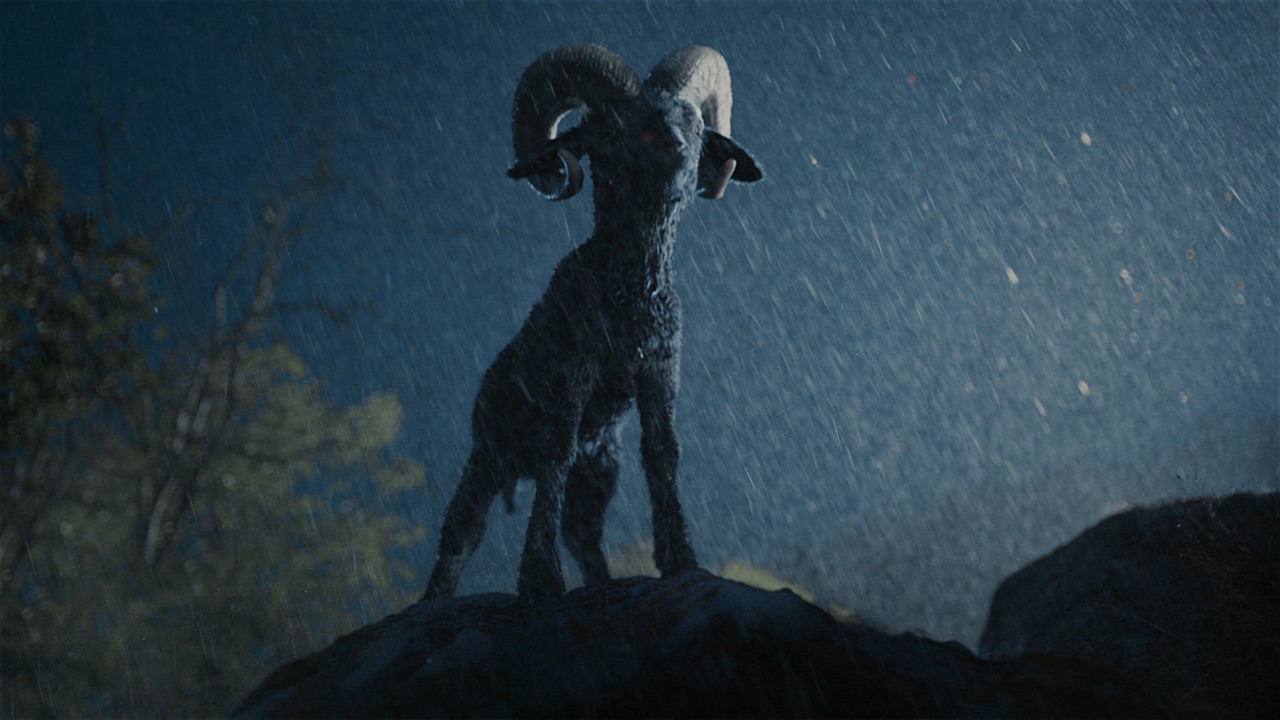 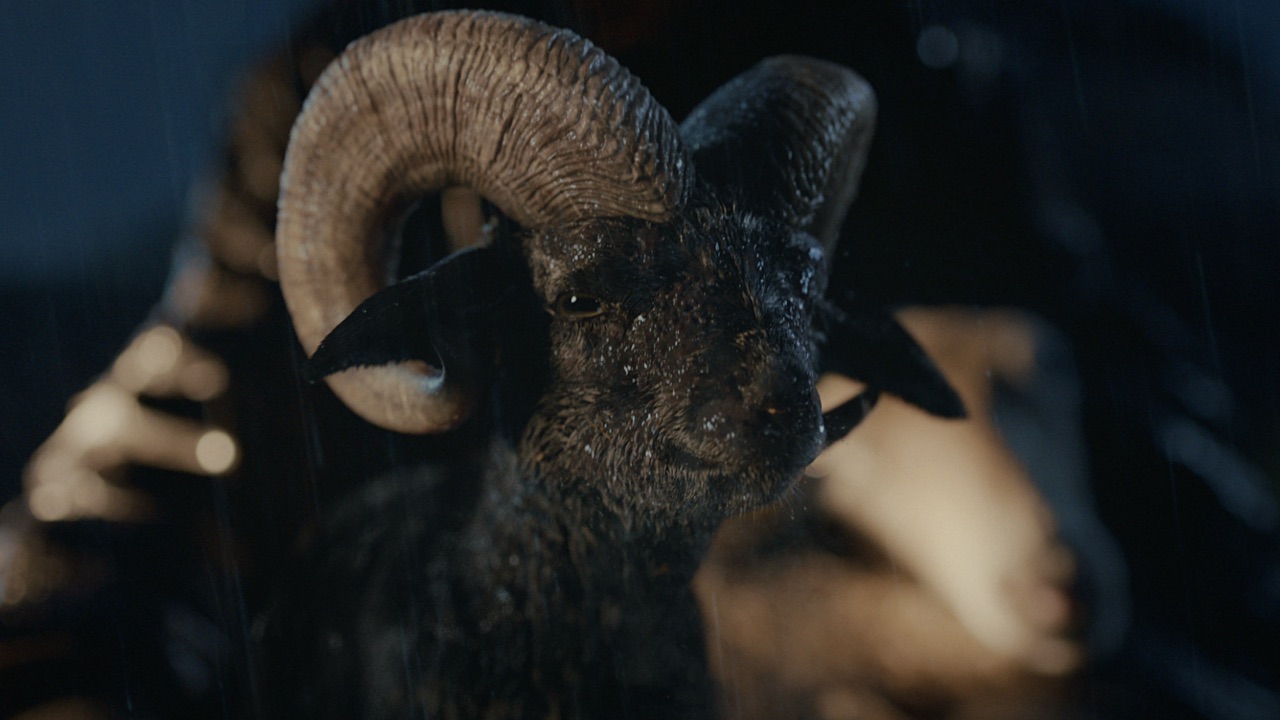 How did you balance realism within the character and the potential over expressiveness of a CG Creature?

Subtlety was key to maintaining the realism. The emotion and storytelling come from Bam’s confident posing. If we push the animation and ‘acting’ too hard we instantly lose all believability.

What was the most important feature of Bam? and why?

In my opinion, Bam’s flawed character design and personality are what make him such a memorable and likable character. When it comes to creating good characters and mascots, for me the most important step is to avoid making a character that everyone will love. A flawed character like Bam is invaluable as an audience can easily recognise if they are being pandered to. Think of character designs from the 90s where a lot of them are now lambasted for their designs leaning into what was trendy at the time. While it temporarily may attract the shallow attention of a few, that character is not laying the groundwork for a memorable or lasting character. Instead, one that in a few years could be extremely unlikable.

Characters aren’t just unlikable because of corporate pandering though. A lot of times designers will make characters that are perfect in every single way. For example, their main characteristic could be that their character is the ‘cool one’. Throw in some imperfections to their appearance and personality and now that character is more interesting and human. We latch onto the humanity within characters because we aren’t perfect people.

Where do you see the future going for CG characters?

Hopefully we will see more flawed characters with complex personalities. These flaws become the key ingredients that influence and deepen our characters instead of being an element that is simply tacked on as an afterthought.

A good character is one that is likeable and relatable. Often a perfect character has the opposite effect and can be very unlikable. When a character has a personality flaw, it is not only believable, but also a relatable thing that we understand. If you have ever found yourself more interested in the villain in a story, it is likely that their motives and flaws were just more interesting than the heroes.

An example of how we can transform a confident character is to highlight their interesting features and push them further. Distort them and turn that confidence into overconfidence and maybe that gets them into trouble. Suddenly we have this complication or conflict that makes an otherwise perfect character more relatable.

Also, by creating characters with asymmetrical design and non-ideal body types, it can go a long way towards subconsciously causing us to like a character more. Round shapes are always something more relatable. There is a fine line though however not to make fun of your character through a trait that has been given to them. Often you will see a character be the butt of the joke because of their size and all this does is make it look like the storyteller is poking fun at them.

What do you enjoy about CG creature work?

Without a doubt my favourite part of any project involving CG creatures is when we are gathering our reference material. Getting to understand the mechanics behind an unfamiliar type of movement such as how a creature can fly. Discovering what motivates a creature, how it controls and expresses its emotions. How the creature distributes weight through its body. There is so much we can learn in this stage just by observing and it can be useful for more than just gathering information on how they each look and move. We can learn how to tell different stories via alternative methods outside of how we do things as human beings. I have been fortunate to be involved in many creature projects at MPC, spanning over a period of almost a decade. Having the opportunity to learn about these creatures in such variation and tell stories with them has been a joy.

Who’s your inner self character and why?

I’m not sure that I possess the level of introspection and self-awareness to know what my inner self character would be but if I could pick a creature, I would like to be a fox! It was my first toy as a baby, and I have had a quiet love for them ever since…and the ‘What animal are you quiz’ that I just filled out confirming it has absolutely nothing to do with it!

View our portfolio of Brand Characters & Mascots and get touch with our teams: