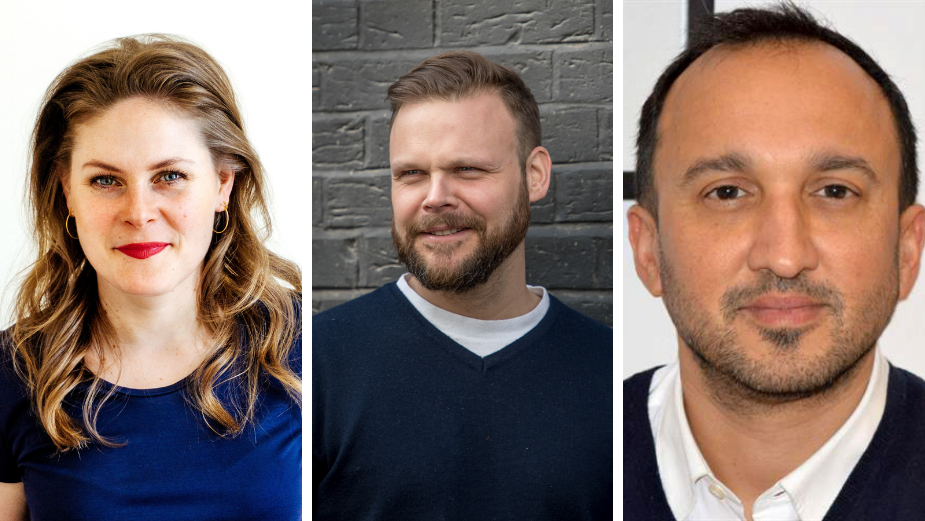 The Trends Driving an Evolution in Sustainable Production

LBB speaks with Darren Khan of Travlrr, Jo Coombes of AdGreen, and Dafydd Upsdell of MPC, about the industry’s evolving sustainability practices in production and the digital trends driving new ways of achieving a carbon neutral footprint.

Over the past 18 months, the production industry has perhaps experienced some of the most intriguing and fast paced changes since digital cameras first rolled onto the scene. Whilst technology has always been a catalyst for innovation in this field, in 2020 every production company and content creator in the world had to get creative in order to keep cameras rolling and supply the demand of always on content throughout worldwide lockdowns. Enter remote shooting and virtual production. Of course, we’re all well versed in this now but around Earth Day 2021 two other trends are converging with this accelerating production landscape to create a rather different conversation – the evolution of sustainable production.

Running in parallel with a technological and process-driven overhaul, the production landscape and its supply chain into brands has also been widely proliferated. The linear structure of brand to agency to production is dissolving. Content creators are working with brands directly, be they production companies, VFX companies, sound companies, single influencers, publishers or brands themselves. And the clincher is that there is a new demand from brands to whoever is creating content for them – sustainable practices. The pandemic taught them (and most importantly their consumers!) that big change can happen overnight – and there’s no excuse for poor practices.

When Darren Khan founded Travlrr in 2018, he noticed that the consumer pivot to video was going to bring a complex set of challenges, first of all, the legacy model couldn’t facilitate sustainably. The new ‘always on’ publisher mentality means that brands need to create content quicker and cheaper while taking reliability into account. For Travlrr, ‘green’ had to be part of the equation too.

But three years ago, sustainability was by no means the top of the business agenda and he tells us the initial uptake was a harder sell than it is now. Education and a rising interest in sustainability got Travlrr half of the way, the other fifty per cent was due to COVID. Darren says:

“Unfortunately, it’s taken a global pandemic for people to think about what’s important in the world, the climate, and also how we do things. People realised they don’t need to fly lots of people around the world all the time. There is a better way to do things.”

The big change is that a growing percentage of brands and marketers actually now demand sustainable practices from their suppliers as standard. Dafydd says: “Right now, 90% of the briefs we receive at MPC ask for our credentials in sustainable practices. 18 months ago that didn’t exist.”

As the pandemic hit in March 2020, Dafydd and the team at MPC knew this would be crucial to the ongoing success of the business and its production of VFX, announcing a partnership with Travlrr.

Inspired by a recent project, MPC were asked to help shoot plates in one of the most remote parts of Iceland for Land Rover. With no way of getting there in lockdown, a call to Darren asking whether he had, by any chance, crew in that location proved fortuitous. Dafydd recalls:

“We ended up using these two brothers who are absolutely phenomenal, they provided everything we wanted in two days. No one had to fly over, no cars, no travel. We had all the elements in the place that we needed and a fantastic end result.”

Darren is honest to say that remote production won’t be suitable for every client and type of content, though it can certainly provide support on elements as needed. He adds: “People are emerging and starting to think of new business models and new ways of creating, this is going to be with us for forever.”

For the ‘always on’ publishers with high content, and high quality requirements, remote production provides a sustainable answer in the face of uncertainty. Taking the guesswork out of sustainability efforts was important to Dafydd says: “You’re only as good as the data you harvest.” For many, data is the missing link when it comes to really changing minds and spearheading change. The data gathered by the collaborative shoot for Land Rover between MPC and Travlrr was impossible to ignore.”

Crunching the numbers on a remote versus an in-person shoot revealed a stark contrast in carbon emissions once all the elements were accounted for. Flights or “bums in seats” is only one part of the equation; there’s also food, accommodation, post-shoot waste – everything has a carbon footprint. The Land Rover shoot Dafydd mentioned, he tells us produced eight times less greenhouse emissions than a traditional shoot, with absolutely no compromise on the quality of the end product – numbers that are difficult to argue against.

So, at what point in the production cycle should sustainability start to rear its head? Darren says:

Greenwashing is an issue that Darren in particular wanted to avoid. Actions like carbon offsetting can provide the allure of sustainability for many, while not addressing the core concerns of a greener future. Reducing a shoot’s footprint is good; making the shoot carbon-neutral is even better. Travlrr and MPC looked to an existing organisation, Trees for Life, and joined their rewilding efforts in the Scottish Highlands’ Caledonian Forest, supporting the tree planting and conservation projects with each commissioned brief. For Dafydd and Darren, these efforts go beyond surface off-setting – it’s about the company’s ethos and future outlook. What’s good for the planet will also prove to be what’s good for the bottom line as “clients want to be working with sustainable businesses.”

Darren credits Jo and AdGreen’s mission with providing much of the information and resources needed to turn sustainable efforts into tangible results. Together, they worked to develop an educational programme and a pack that helps production companies to “think, measure, and report back in order to close the loop” on sustainable shoots. Every person involved on a shoot will be given a green checklist to complete, giving them a chance to monitor their actions while the final data will count towards the shoot’s overall sustainability rating.

Having worked at AdGreen for over six years and in the production business since 2005, Jo Coombes has been at the coalface of evolving sustainable practices in production. She explains that the conversation has moved on greatly as more companies work with brands directly and as we become more knowledgeable about the benefits technology and remote working can have on the process.

Jo adds: “For a long time we were focusing on waste because that’s what production people could immediately have an impact on. Innovations like the relationship that we’ve seen with Travlrr and MPC are really interesting because they are taking the traditional methodology and turning it on its head. They’re not just saying ‘carry on what you’re doing but kind of do these things as well’; they’re asking for the whole system to change. It’s the fact that we don’t need to get everyone on a plane anymore; we can collaborate differently and find new ways of working.”

Jo also wants individuals and the industry at large to pay attention to what really matters. She says:

“There are things to focus on and there are things to not worry too much about. Travel makes up 40% of the footprint. Let’s not worry about every crew member bringing their own bottle when actually we flew in the DP from ‘insert from country here’ which will have a much bigger impact.”

To make seeing what really matters a breeze, AdGreen are gearing up to launch a carbon footprint calculator in September that’ll be free for all to use. Jo believes that training, alongside tools, is the way to start affecting real change.

With clients now often working with production companies directly, new demands arise. Dafydd noticed that: “clients look to us for creative solutions, asking how things should be done, and for advice on the latest tech. It would be silly if we just kept doing the same thing, time and time again, when what’s available allows us to do things better. We need to adopt new ways, so we don’t slip back to what was normal before.”

Achieving sustainability across the industry will not be an easy task. However, what the pandemic has taught many is that where there’s a will, there’s a way. Ignorance isn’t an option when educational resources and data to support why greener is better are available to everyone.

Behind the Moving Image | Technicolor