O2 showcases the wonderful imagination of ten-year-old ice skater, Darcy, and Bubl, the ever-helpful O2 robot in spot from VCCP.

O2, the UK’s No.1 Network, today announces its first ever Christmas brand advertising campaign. Launching in OOH, social channels, including a YouTube masthead takeover as people wake up this morning, the TV ad has a hero spot on ITV’s The Voice Final tonight at 9.20pm to millions of viewers across the UK.

The ad features ten-year-old Darcy Murdoch tentatively taking to the ice rink alone, in an epic winter landscape. Darcy, a young professional ice skater from Dundee, is just one of millions of young people unable to participate in the sport they love this year due to lockdown.

As Darcy begins to take her first steps on the ice, help is at hand in the form of Bubl the robot, O2’s brand mascot – highlighting that O2 is always there for you, whenever you need it. A heart-warming story unfolds, with Bubl and Darcy gliding around on the ice, supporting each other and getting lost in the magical scene.

The dream fades to reveal Darcy at home with her real-life sister Lexi, and their Mums. Darcy was watching Olaf’s Frozen Adventure on Disney+ via her new tablet, and had gone into a world of her own imagination with the Disney Christmas featurette.

The campaign was inspired by O2’s long standing partnership with the NSPCC, and the work to keep children safe online and when using tech, particularly important at a time when technology will keep us connected to those we can’t be with over Christmas.

Behind the scenes, Darcy has talked about the challenges of training during lockdown, as ice rinks across the country have been closed. A competitive ice skater since she was five years old, Darcy was treated to an entirely new ice rink built for the shoot by O2 and VCCP in a secret location filmed in the UK.

MPC’s role was integral in helping Gary and VCCP achieve their vision for the spot by bringing Bubl and the festive environments to life. With VFX led by Anthony Bloor and Andy Steal, animation led by David Bryan and colour by Jean-Clément Soret.

MPC used the latest remote technology to bring to life the frozen lake, snowy shoreline, pine forst, ice, ice, sky, reflections and of course, the O2 mascot Bubl and their bubbles. It was essential to capture the elegant performance of Darcy on ice, to do this successfully, the right lighting was critical. Andy Steele, VFX Supervisor at MPC said:

“To create the charming winter scenes, we decided to build an real ice stage in a secret location, surrounded by a forest of pines in natural light, we transformed the data captured on set to re-create the winter ice lake.”

MPC used drones to capture the site from multiple angles. This data created an accurate representation of the site in a 3D space, the film was then recreated and matched in CGI based on this data.

“An ice lake has an extremely reflective surface, everything in its proximity is reflected into it one way or another. In addition to the trees and sky, we had to match Darcy’s performance to interact with the ice. Our match move team faced a massive challenge of full body roto animation to match Darcy to the plate, we used this animation for photorealistic reflections and to generate FX for skate interaction.”

“Our story brings to life the power of imagination, and the importance of connectivity at a time when we might be apart from the people and things we love. At O2, we place importance on the great value we bring to our customers, with unbeatable offers on technology and low monthly prices. We also want to celebrate our great offers, including up to 12 months Disney+ on us. And we wanted to bring some Christmas magic to screens this year, and Darcy is a true star. It’s magical to see her doing the sport she loves alongside our helpful robot Bubl.”

“We were fortunate to work with a director and creative team that trusted us to deliver a high-quality film with heavy animation work. For theanimation we studied figure skaters aged 4-8 years who were super talented for their age group but naturally lack the finesse that an older pro may have. This level of skill felt like the right balance for the dance routine as we needed Bubl’s performance to feel engaging but also relatable in his efforts to keep up with Darcy as the routine progresses to the point where it all gets a bit too much for him! Another obscure reference we used as an idea to help create a bond between the two characters were clips of talented pets doing their best to replicate their owners doing yoga and acrobatics. I’m immensely proud of this Christmas commercial for O2.”

The advert is also being supported by a 360-brand campaign including an exclusive Snapchat Augmented Reality Lens to bring the O2 Christmas advert into people’s living rooms. The front facing camera allows users to take a selfie with Bubl, with the rear facing camera turning the floor into an icy lake, as seen in the ad. Bubl appears on screen to skate across the floor, with Snapchatters being able to get them to perform skating tricks on command.

O2 will continue their campaign with a Christmas PR activation to continue the momentum of the Christmas advert. The campaign will nod to the difficult year we’ve had being away from loved ones, and aim to help ensure some of the most vulnerable have people around them this Christmas. 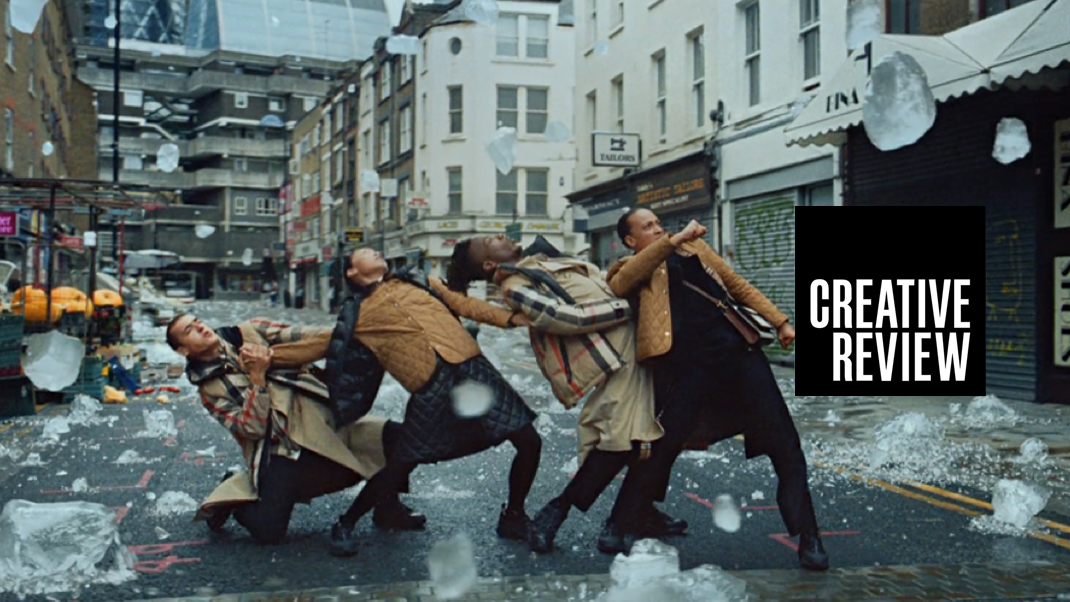