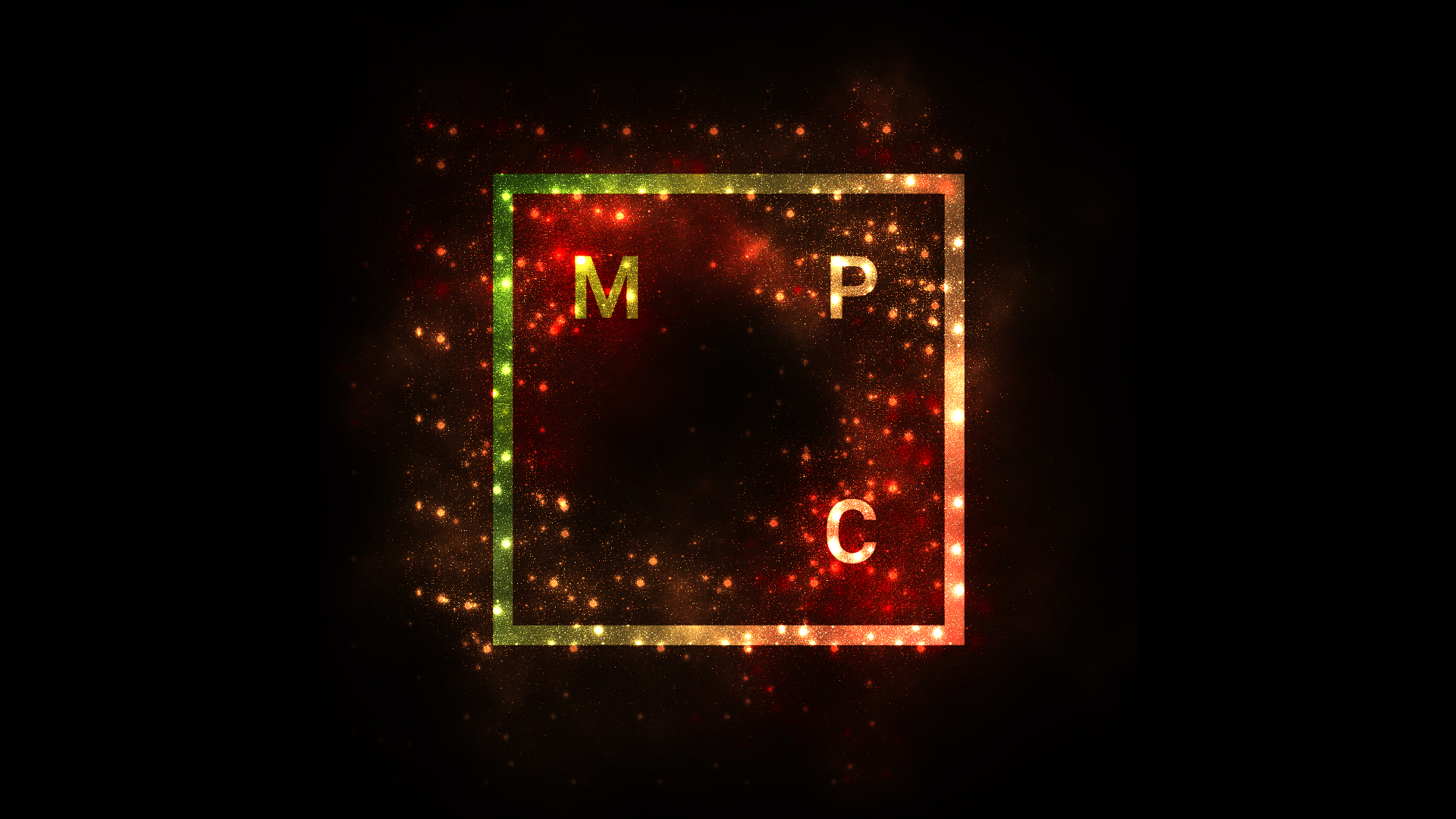 Everyone is talking about Burberry’s all-singing all-dancing Christmas campaign set in London. The tightly choreographed film sees a group of friends turn a trip to the local takeaway into performance art, all while hailstones the size of bricks utterly fail to knock them off-stride.

As other brands fall back on cosy interiors and narratives about tradition and togetherness, Burberry’s forward-looking perspective feels like a remedy for the gloomy winter season. Meanwhile, the soundtrack gives Mint Royale’s ‘Singin’ in the Rain’ something to think about.

Our teams worked with Riff Raff Films to create the falling ice blocks and colour grade.

The campaign has received 5 Stars from The Drum and David Reviews and is Campaign’s Pick of the Day.

We teamed up with Anomaly to bring back Dick’s Sporting Goods much loved Christmas characters, the films sees a staged a commercial that shows merchandise springing to life late one night at a distribution centre and delivering itself on Christmas Eve.

Our VFX and animation was once again key to bringing these objects to life, while also allowing them to express emotion without the use of humanlike facial features or expressions. Read more Muse By Clio.

o2 ‘Unwrap the Magic of Christmas’

O2’s Bubl returns for Christmas! The charming advert see’s loveable Bubl takes to the ice with a 10-year-old ice skater, Darcy Murdoch which ends as the two settle down to watch Frozen 2 via Disney+ on a tablet.

MPC’s role was integral in helping director Gary Freedman and VCCP achieve their vision for the spot by bringing Bubl and the festive environments to life. With VFX led by Anthony Bloor and Andy Steal, animation led by David Bryan and colour by Jean-Clément Soret.

Earlier this year Bubl became the O2 brand mascot and has been seen across a variety of touchpoints includinhg O2 store activation, digital channels, interactive out of home and across social media including TikTok where over he has had over a billion views in the Bubl dance duet.

The campaign has received 5 Stars from The Drum and David Reviews.

Following on from the success of the first MPC x Just Eat x Snoop Dogg collaboration launched in May 2020, Snoop is reprising his role as the voice of Just Eat with the new ‘Doggy Dogg Christmas’ song featured on the brand’s 2020 Christmas ad, created by McCann London with colour grade by our London colourist Matthieu Toullet, which first appeared on TV on Tuesday 1st December in the UK and Ireland.

The track offers the usual dose of humour paired with lyrical genius as Snoop raps about food and festivities in his signature laid back style.

WWF’s important film highlights the serious issue of wildlife habitat encroachment and the need for nature and humanity to work together for habitats where they both can thrive. “We would all be lost without a home, let’s protect theirs,” the film declares. This admirably grounded approach fosters greater empathy in viewers and makes them see endangered animals as creatures capable of losing what’s most important to them… just like us.

When you can actually be helpful to this planet… it all makes sense! The campaign has received 4 stars from David Reviews and the behind the scenes is featured on WWF.

TK Maxx’s The Lil Goat provides much-needed light relief. Our teams worked with Wieden+Kennedy to create a fashion-forward goat with a personality true to the brand. After a hard year on the farm, the farmer decided to make his goat feel extra special this Christmas as we see Lil Goat strut her new designer outfit from TK-Maxx.

The campaign has received 5 stars from David Reviews, The Drum and is Campaign’s Pick of the Week.

At a time when travel feels like a relic of the past, one brand is bringing a dose of much-needed escapism in the bucketloads. Ushering in the next chapter of arguably the most legendary and canonical perfumes in the world, CHANEL have enlisted the help of iconic French actor and the brand’s new global ambassador, Marion Cotillard to transport us to otherworldly realms for the latest CHANEL No. 5 ad.

In the sweeping, cinematic visuals, Cotillard is walking on a snow-covered Parisian bridge when she is propelled by her imagination onto the moon, before embarking in a mischievous and seductive dance routine with her lover, giddy spins and all. When she switches back to reality, she turns around and discovers the very same man at her side. Fate, some would call it.

To meet the challenges of the complex shoot, Mikros MPC worked closely with the Set Designer Jan Houllevigue to exchange ideas. The post-production phase was essential in finetuning and enriching the render of the golden particles on the moon. The team took liberties to create added light sources and a dream like atmosphere in order to make the gold dust shine and allow the viewer to suspend disbelief. The film was graded by Jean-Clément Soret, Global Creative Director of Colour Grading at MPC.

Apple and agency TBWA\Media Arts Lab are back with an ad that continues the earlier spot’s theme of how music can boost your mood. This time we don’t get the level of mind-bending visual effects seen in “Welcome Home,” but we do get an uplifting platform for another rising star: American rapper and songwriter Tierra Whack.

“The Magic of Mini” shows Whack returning to her apartment in a dreary state, her scarf dragging along the cold gray sidewalk (a painful visual for any city dweller). But soon her HomePod Mini adds a colorful, miniature version of herself to the equation, and her mood quickly improves. The film was directed by Prettybird’s Calmatic, with VFX land colour by our teams in Los Angles.

The ad was named Ad Of The Day in AdWeek and Editor’s Pick in Ad Age.

Very ‘Christmas is this Very moment’

Very’s charmingly honest film sends the message that the best thing about Christmas is not just Christmas day but the combination of all the wonderfully festive moments in the build-up to Christmas, from Christmas lights and the all-important tree to Christmas jammies. Our teams worked with Grey to provide magical snow VFX and colour grade.

The campaign has received 5 stars from David Reviews, 4 stars from The Drum and is Campaign’s Pick of the Day.

Portal by Facebook has launched a brand-new holiday campaign with national treasure and footballing legend, Ian Wright. Each family moment in the campaign showcases how a different feature of Portal is helping the Wrights feel like they’re hanging out together. From the AI-powered Smart Camera, AR filters, through to Group calling and Rooms, Portal’s technology allows the family to focus on what matters; coming together during the holidays and keeping their family traditions – like making fun of Dad – alive.

Our teams worked with TBWA London to provide VFX and colour grade on the feastive campaign.

Despite the challenges of 2020, some things stay the same, according to the beer brand.

Heineken’s light-hearted spot depicts people gritting their teeth dealing with loved ones the holiday season, whether it’s your mom switching channels on the TV, Dad disapproving of the way you decorate the tree or relatives forcing you to wear a Christmas sweater. “After such a different year, fortunately one thing stayed the same,” is the message. “Happy family reunion.”

Our teams worked with Publicis Italy and director Markus Walter to provide VFX and colour grade.

The Campaign is Ad Age’s Editor’s Pick of the Week.

The heartwarming ad follows an adorable pup named Rufus, who is transported to different Microsoft games during his nap and having virtual fun, just as his owners have been doing for months. We see Rufus flying around in Microsoft Flight Simulator, running around in Minecraft, and even returning a grenade to the ‘Master Chief’ in Halo.

We handled the VFX and grade, and teamed up with McCann New York and Biscuit Filmworks’ Noam Murro. 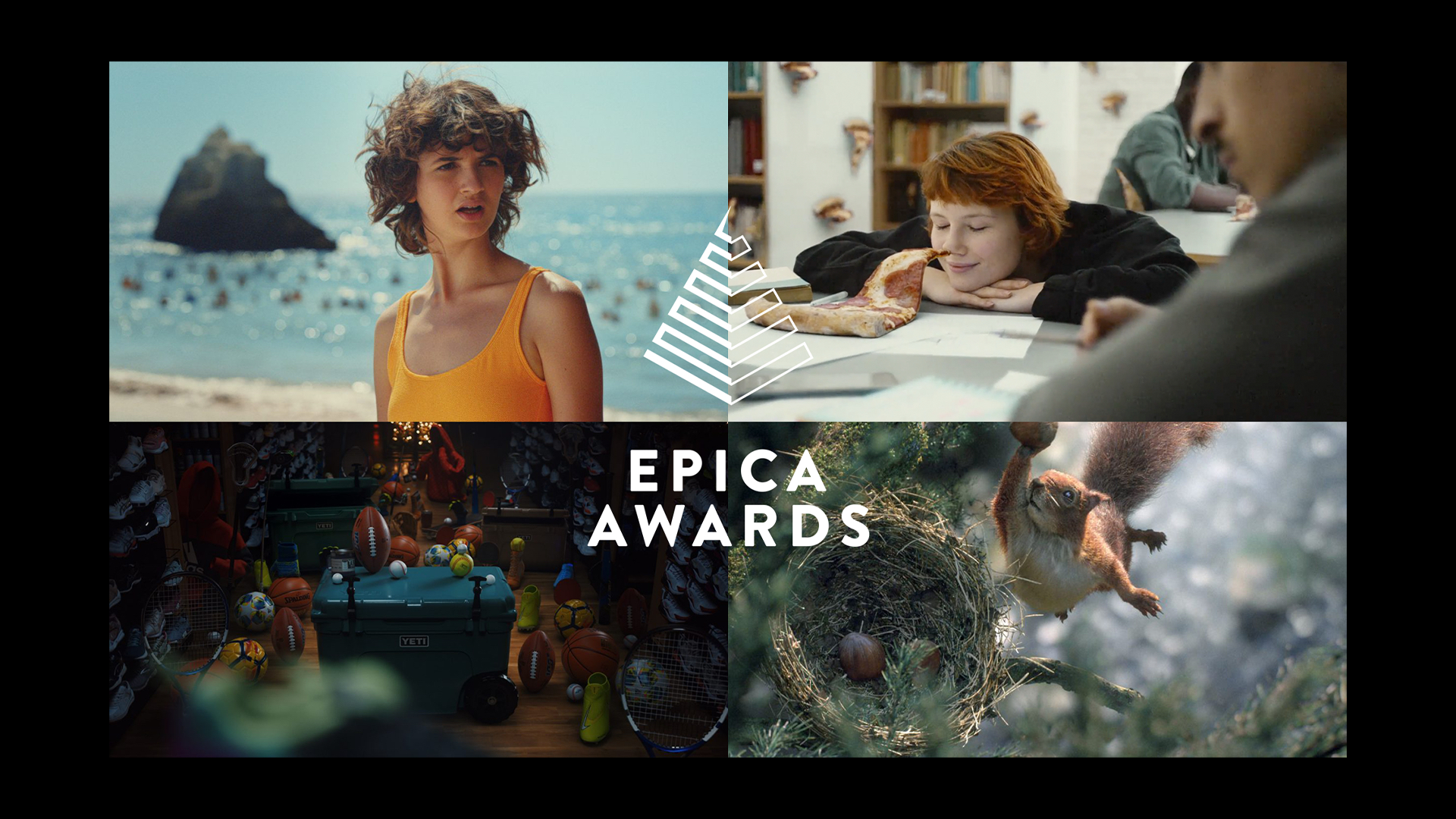