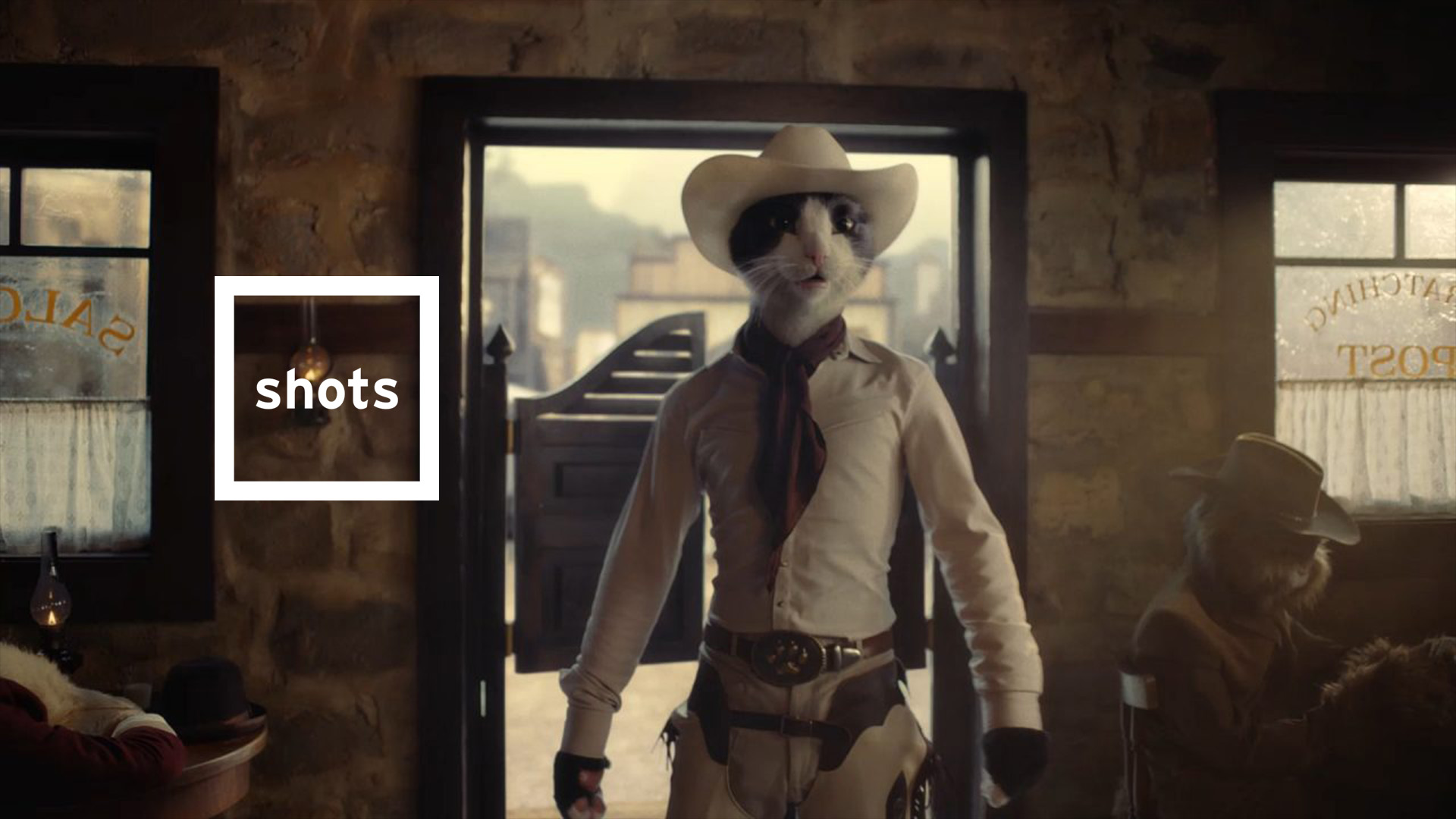 The spot, directed by MPC’s Michael Gregory, features a host of photoreal cat cowboys and cowgirls congregating in a desert saloon…

When Arm & Hammer wanted to showcase its AbsorbX kitty litter made from desert dry minerals, they needed a spot that demonstrated its benefits in a fun and memorable way and highlighted the product’s origins – the desert. The spot from The VIA Agency is aptly set in a desert saloon and casts part cat/part humans as a group of punters who are confronted by a stranger telling them their town smells ‘fantastic’.

Gregory commented, “Doing everything remotely was a whole new experience for me as a director. From casting and wardrobe to SFX, tech scouts and callbacks on Zoom – it all took a little getting used to at first, but we quickly adapted and made it work.” 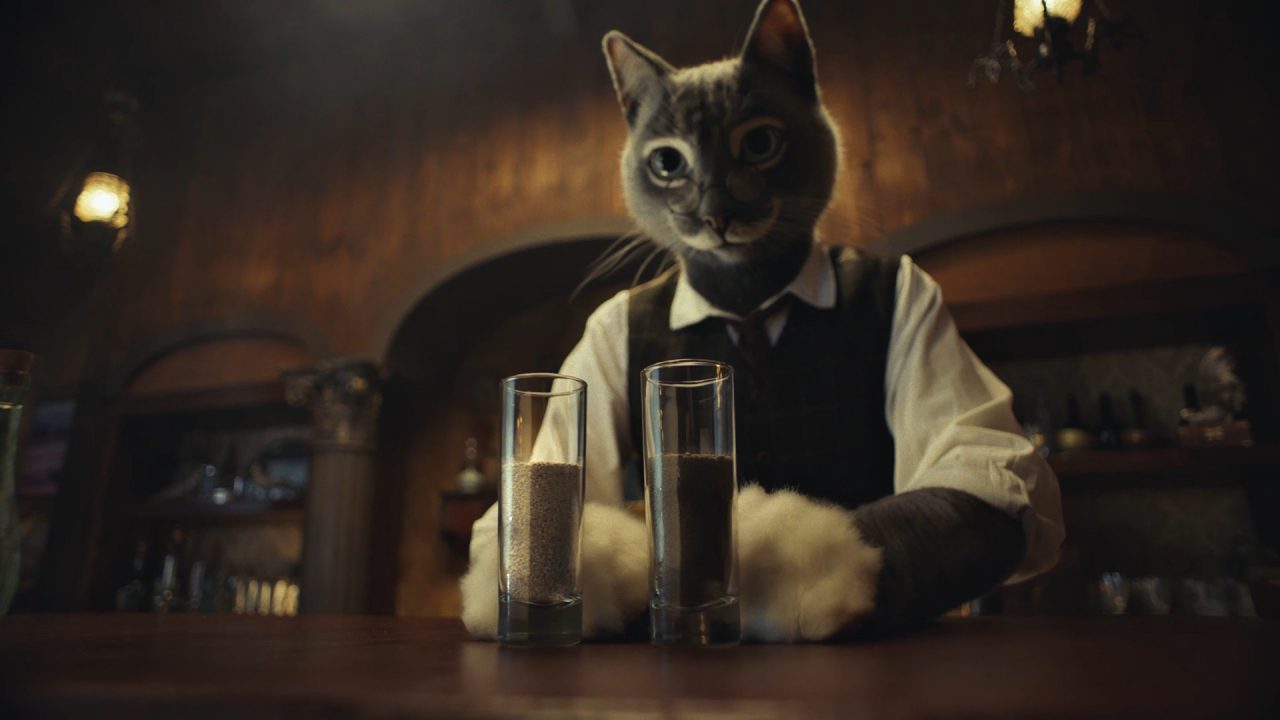 The shoot took place in an existing two-story saloon bar in Bulgaria with a limited crew and Gregory directing remotely. “We were able to work with a scan of the location prior to the shoot, which enabled us to do an extremely accurate pre-vis, and we had the Arri camera and Cooke lenses on the location scout which was a huge help in blocking out the action and working out the framing prior to the shoot.”

In addition to the production, MPC remotely handled the animation and VFX, led by Animation Lead David Bryan, 2D Lead Vanessa DuQuesnay and CG Lead Kiril Mirkov. MPC’s Ricky Gausis graded the campaign, enhancing the western feel to the footage and the set.

The animation team seamlessly blended CG cat heads with human bodies. All of the cats in the spot were based on real cats, which were used as references on set for lighting and modeling. These references were then handed to the animation team to build out the characters. “I was really keen to cast a believable authentic mid-19th Century saloon bar scene. The actors were cast to match their cat characters, and this approach really helped the animation because we leaned on actor’s performance throughout,” commented Gregory. 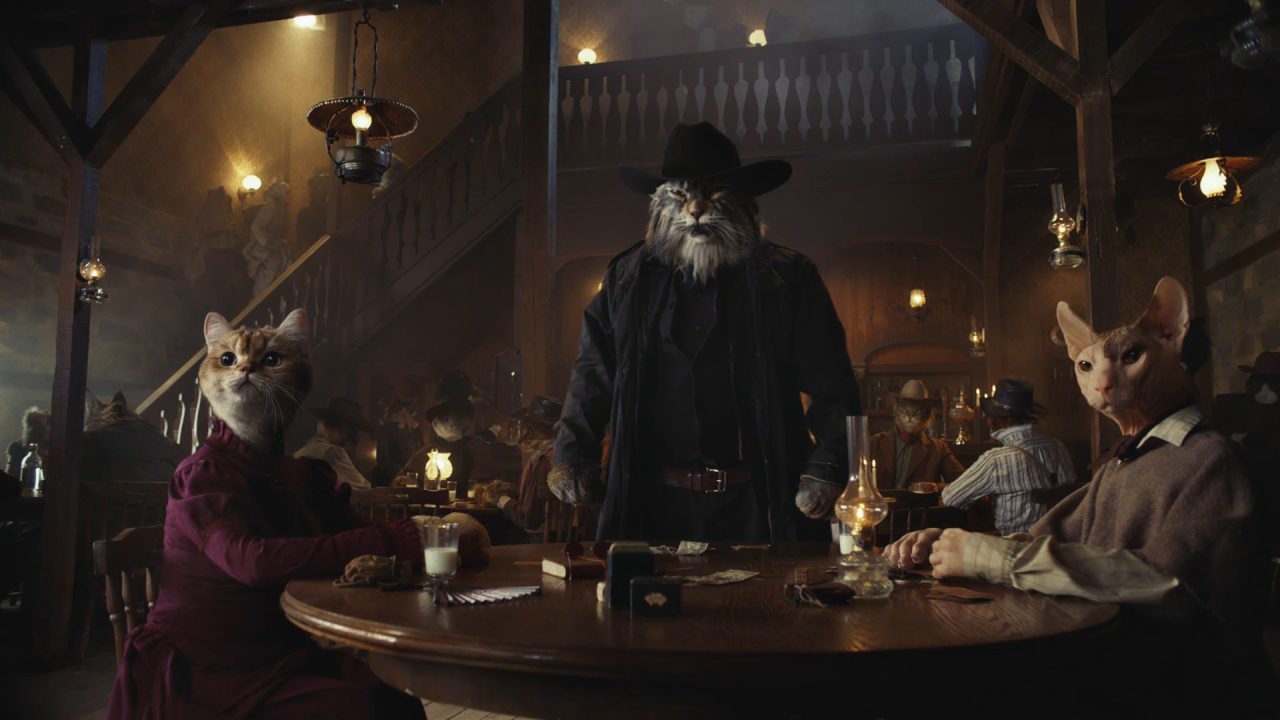 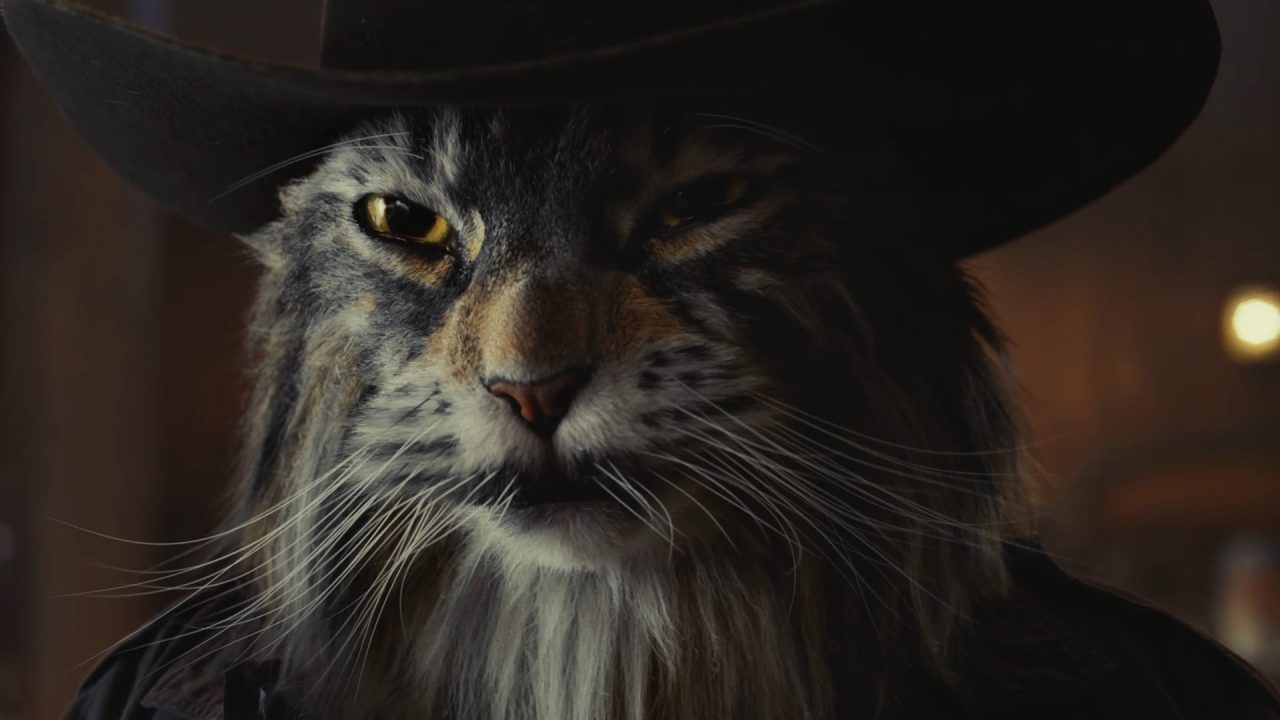 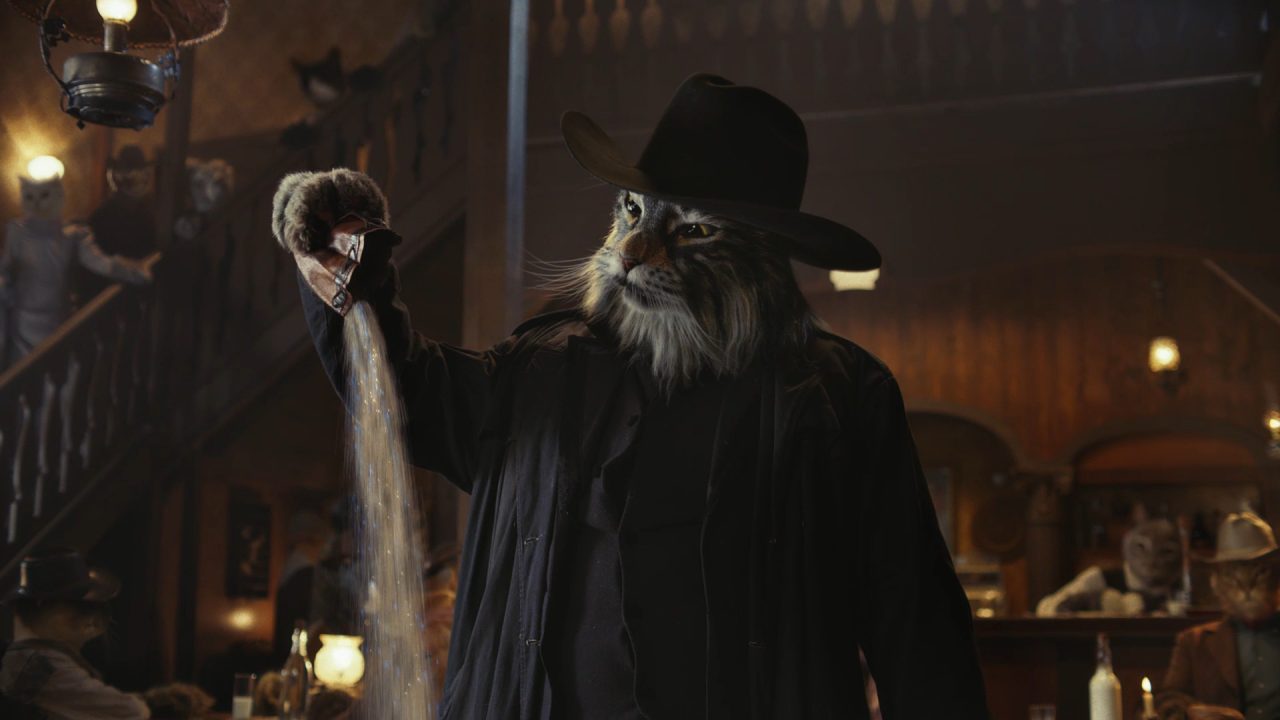 Mirkov commented, “Michael was open to our creative input during the look development phase, which made the process a lot more enjoyable and collaborative. However, our main priority was of course to stay as close as possible to his initial vision.” He added, “At MPC, we’ve worked on quite a few furry animals over the years, including small and big cats. Vanessa was a great addition to the team, having worked previously on The Lion King at MPC Film. That made it very special.”

Bryan commented on the challenges faced when animating animals that need to look realistic, but that also have human qualities. “To keep the lip sync feeling animalistic, we sacrificed some of the ‘ooo’ and ‘w’ mouth shapes that start to make the face look too human and instead we focused on a solid sync for the jaw movement, exaggerating the closed mouth shapes and using the head to gesture the more animated phrases. This technique enabled us to make a talking cat feel convincing, while preserving the cat-like features and expressions.”

This latest campaign is an example of what can be achieved even when teams are working remotely across the globe. Gregory commented, “Even in the most challenging of situations, the team at MPC and The VIA Agency came together to create a campaign that is unforgettable and demonstrates true craftsmanship, and I’m really proud of what we have achieved.” 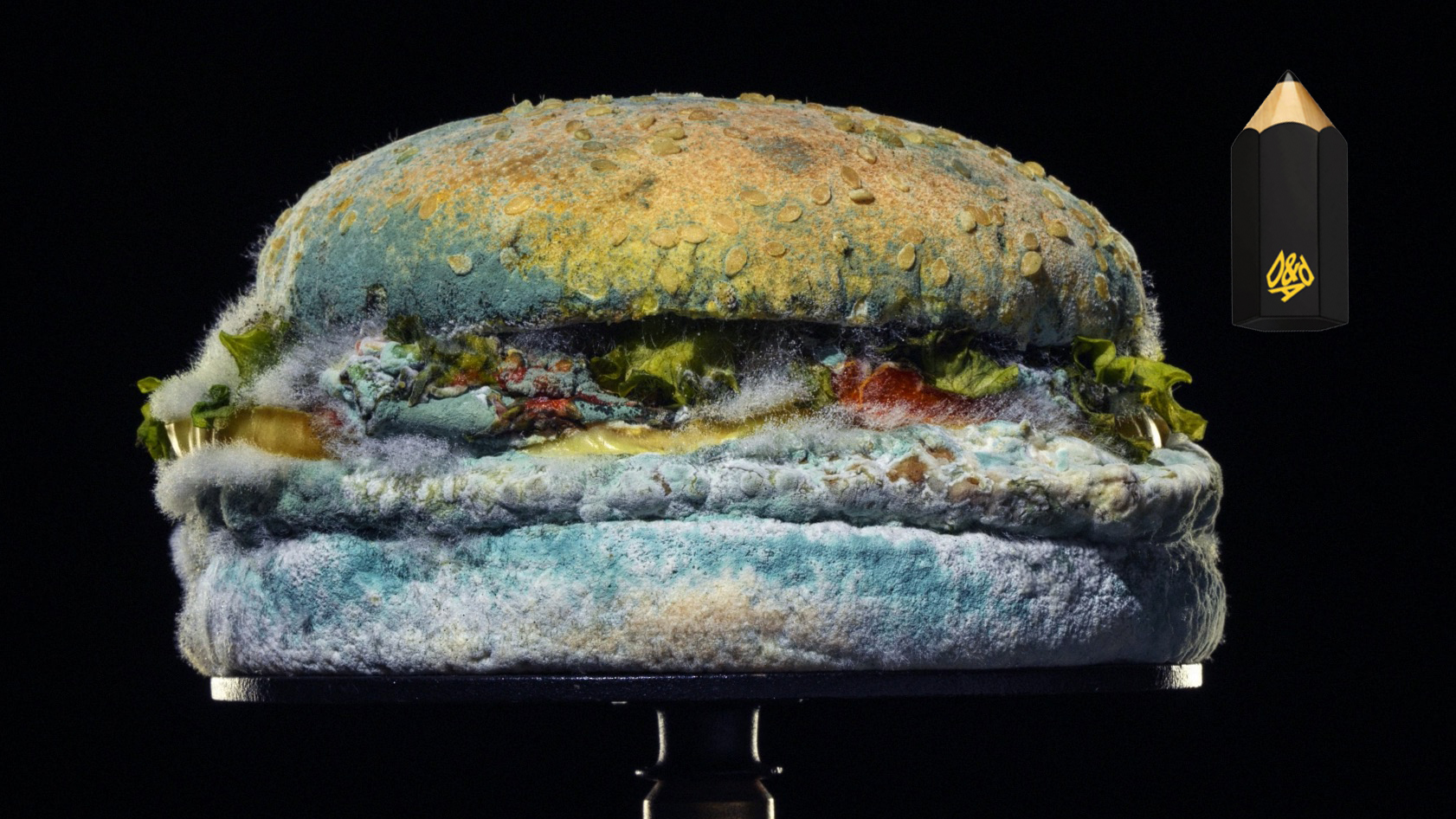