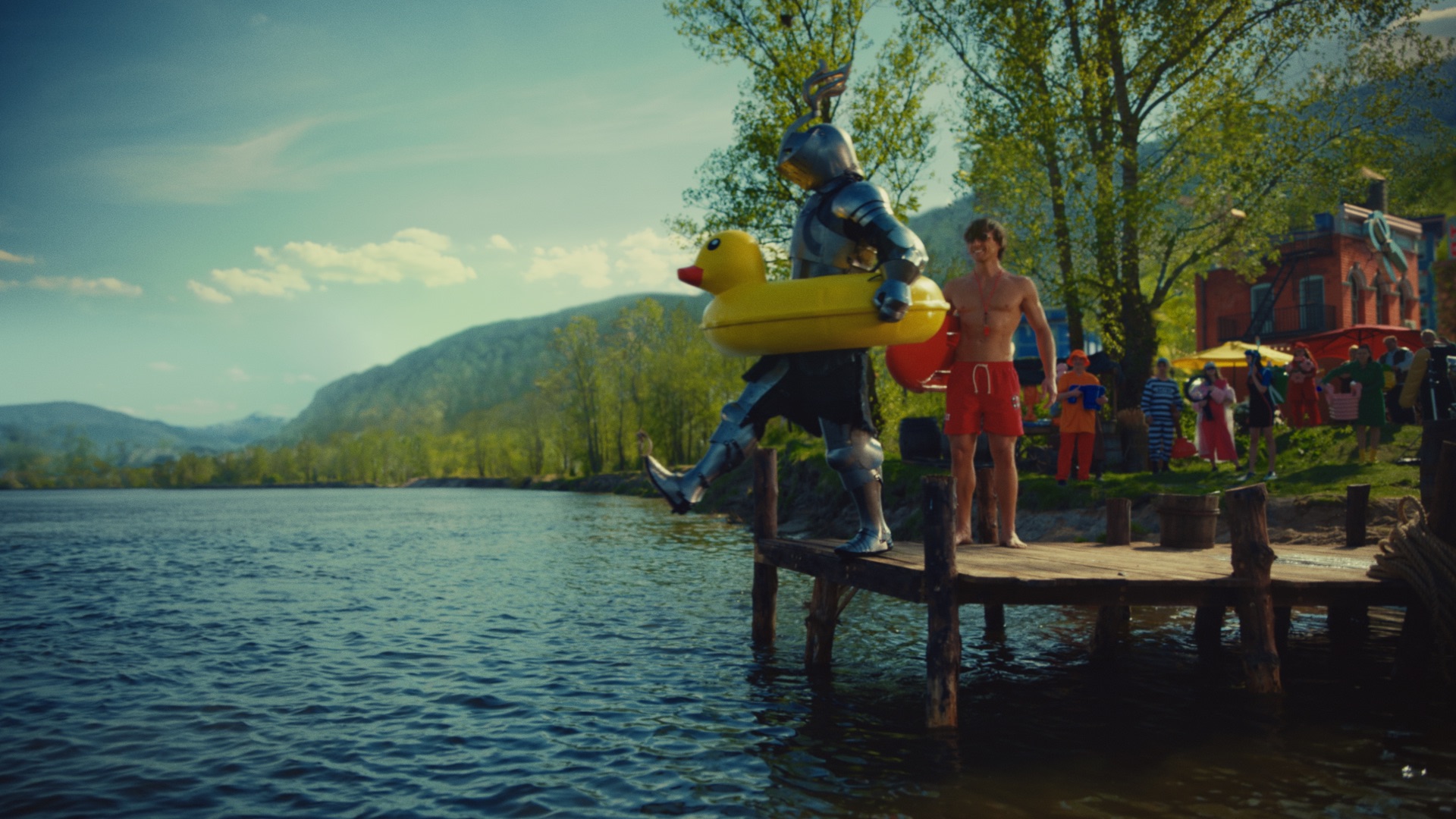 LBB | Behind the Work: The Damp Knight’s Adventure with LEGO

In LEGO’s latest Rebuild the World campaign, pirates, knights and policemen all give us a look into the world of creative problem solving that drives the LEGO brand. The Damp Knight is one of the characters to feature, with the aim of crossing a river to get to his furry friend on the other side. The challenge isn’t quite as easy as it initially seems and the knight along with his accomplices use rockets, slingshots, rubber rings and rafts in a process of trial and error to get across. Failing several times, the knight slowly starts to lose hope – but wait! All is not lost.

Seeing the efforts of the knight, the whole village piles together in support. Each person contributes whatever they have on hand, from windows to doors, tyres to boats and they create a bridge which the knight is finally able to use to get across to the other side. A successful feat of engineering and teamwork, the campaign beautifully captures the spirit of the LEGO brand.

Behind the construction of this epic scene through extensive VFX are MPC’s 3D and 2D post supervisors, Fabian Frank and Kamen Markov, who speak to LBB’s Nisna Mahtani to explain the process. 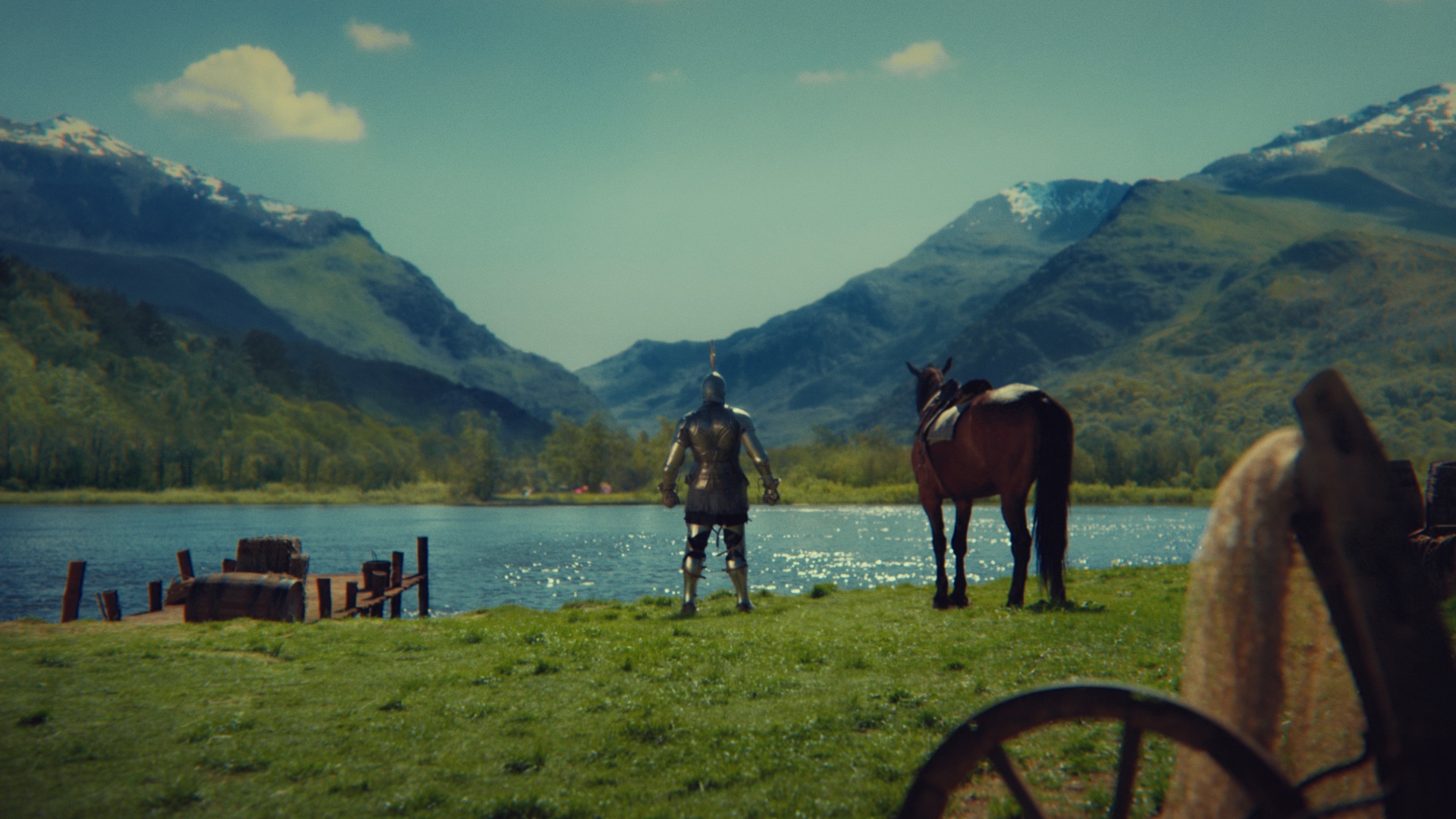 LBB> The VFX in this ad is quite seamless because of the cartoon-like world that has been created. How much of what we see was the set and how much was done in post?

Kamen> The entire mountain backdrop was created digitally using photo material that the MPC team went and shot in Snowdonia. The village itself was partially built on location and then heavily designed and extended with CG, taking cues of the lighting, colours and proportion from the practical build. This includes the gas station, hotel, blacksmith shop, barbershop and so on. The slingshot was digitally recreated so we could animate it. The entire bridge was created in full CG and a lot of time was spent on the particular design and choice of props that were used by the villagers to build the bridge.

A non-obvious sequence that was created 90% in DMP, CG and compositing is the one of the knight running over the river. The water surface and bridge were entirely made in CG, with a background in DMP and in some shots the knight himself is a fully animated CG character. We decided to approach this in such a way as to ensure seamless integration between all the elements.

LBB> The VFX is integral to the spot – what were the big creative decisions that you had to make early on and in the pre-production phase?

Kamen> From a 2D perspective the biggest creative decision we had to make was how to create the environment. Instead of relying on stock footage and full matte painting we decided to organise our own MPC shoot team to go to Snowdonia and capture a library of photos of locations we had scouted via the internet. As we did that right after the shoot, a big advantage was that we managed to capture those locations from the camera angles and time of day that matched the principal shoot.

The content and all of the props, big or small are so closely linked with the LEGO brand that we spent a considerable amount of time in pre-production working with the client and the directors designing the right content for both the narrative and the brand messages in the films – what building to be included in the village, what colours and how they impact the story and the composition of the shots.

LBB> For non-VFX experts, what were the most interesting technical aspects of the project?

Kamen> I think viewers would be surprised by the amount of shots for which we created a fully digital environment. The meticulous and very careful work that went into all the backdrops. They might not be the main ‘protagonists’ in the films and we could have easily let them act as a simple support role for the story, yet we felt they were integral for the visual and emotional impact of the world of imagination we were creating.

LBB> What were the biggest challenges or the trickiest elements from a CG perspective and why?

Fabian> It’s really hard to pick one because there were so many interesting challenges. But if I had to choose one I’d probably say the makeshift bridge that helps the knight cross the river.

We really wanted to capture the way children would build a LEGO bridge taking elements from all sorts of different LEGO worlds creating something entirely new. Some were very obvious like wooden beams and planks but others were more unconventional like a whole plane, a car or a kayak. We created a toolkit, a little bit like a LEGO build set, of hundreds of different elements to construct the bridge.

LBB> Are there any Easter eggs in the video that we may have missed? Can you tell us where to look?

Fabian> There are plenty of Easter eggs. LEGO has a big fan base and they love to play with little hints and nods for people to discover so I won’t give anything away!