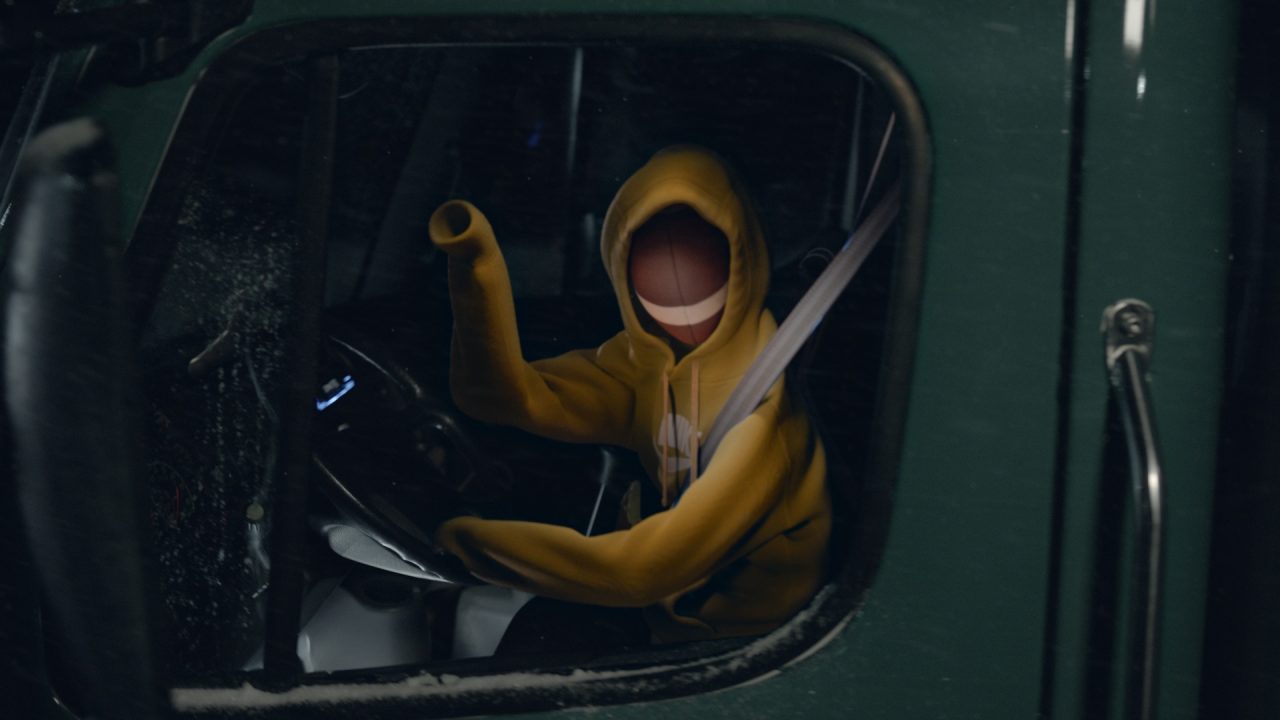 Gifts Ship Themselves in Holiday Spot From Dick’s Sporting Goods

Ever see a yellow hoodie with a football face drive a truck filled with skateboards, dumbbells, Ping-Pong paddles and baseball mitts to their yuletide destination? You will, thanks to Dick’s Sporting Goods, which staged a commercial that shows merchandise springing to life late one night at a distribution center and delivering itself on Christmas Eve. The gifts wear seatbelts for the ride (nice touch!), crank up Chuck Berry’s “Run Rudolph Run,” and ultimately deposit themselves beneath a family’s Christmas tree.

The spot, titled “Night at the Distribution Center,” serves as a sequel to last year’s seasonal epic, which depicted goods cavorting after hours in a Dick’s store. Anomaly and Pacific Rim director Shawn Levy developed both ads, channeling the vibe of the latter’s Night at the Museum films. Of course, in naughty-not-nice 2020, fewer folks are shopping in person, so this year’s commercial nods to e-commence in a way that feels both honest and hopeful. Yes, the new normal sucks—but you’re still getting Nikes! Still, one wonders … how does Dick’s get its truck back? “We had so much fun last year, and the spot was so well received, that we wanted to bring back the magic of sports for a reprise,” Anomaly executive creative director Seth Jacobs tells Muse. As for setting the story in a distribution center, “these facilities have been instrumental in getting people the equipment they need to stay active during Covid, with gyms closed down,” he says. Plus, the team had fun “ideating around how sporting goods could play with the conveyor belts, chutes, slides and robots” in such a place.

“We also wanted to show more of the personality of these characters with this one,” Jacobs says. “So, we brought back a few of our favorites from last year, added some new friends, and had them come together to get into a little mischief before ultimately fulfilling a more noble calling.”

Filming took place at a Dick’s facility near Binghamton, New York. “We shot products for space and lighting references, but none of the scenes you see in the film have any real products in them,” he says. The scenes at the boy’s house were shot nearby.

“One of the tricky parts of working with CGI characters is performance,” Jacobs says. “With actors, you can have them do a take, and if you don’t like it, you do another. But when you’re building the characters from scratch, you see performance come to life slowly throughout the process. So you might spend days or weeks animating a hoodie before you get far enough to understand if the action is going to get the reaction you’re looking for. And if not, it’s back to square one.”

The minute-long ad gets its national TV debut this weekend during the Nov. 8 Saints-Buccaneers game on NBC’s Sunday Night Football. Dick’s year-end spots frequently bring the jolly, with prize packages through the years including “The Table,” honored as the Film Grand Clio winner at 2019’s Clio Sports Awards.

First Published in Muse By Clio.