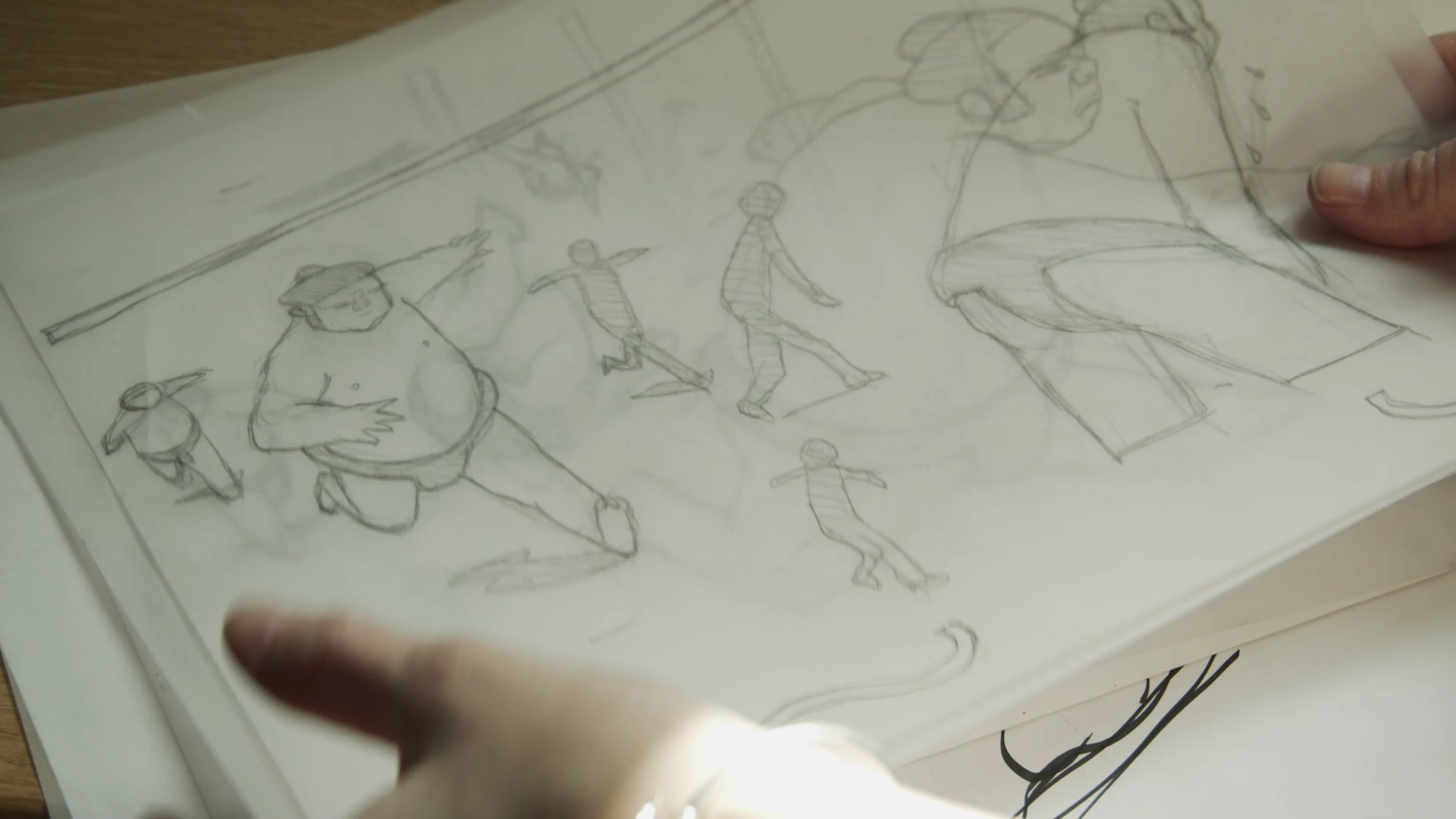 Behind The Moving Image – SUMO

In our Behind the Moving Image series, we share the latest and greatest behind the scenes look at how our VFX geniuses bring to life some of our most iconic work. Check out BTS for Xbox ‘Us Dreamers’, Arm & Hammer ‘Once Upon A Time’, Technicolor ‘Masters of Colour’, Starburst ‘Turaffe and Carl’, O2 ‘Bubl’, Frangi ‘Goddess’ and most recently Vittel ‘Biodiversity’.

To celebrate the upcoming Tokyo Olympics 2021, France Television shared their campaign ‘SUMO’, which follows a sumo wrestlers journey to the Olympic Games, in a Japanese-style 2D animation. Produced by Mikros MPC, the teams worked in close collaboration with character designer, Stéphane Levallois, and MullenLowe France, to produce the spot in its entirety, and honour the Japanese culture, the values of the Olympics and tease the new disciplines (skateboarding, mountain climbing, baseball and surfing) that will debut at the Summer Games. ‘Sumo’ is the first film for which the team at Mikros MPC had to develop a film inspired by Japanese prints. 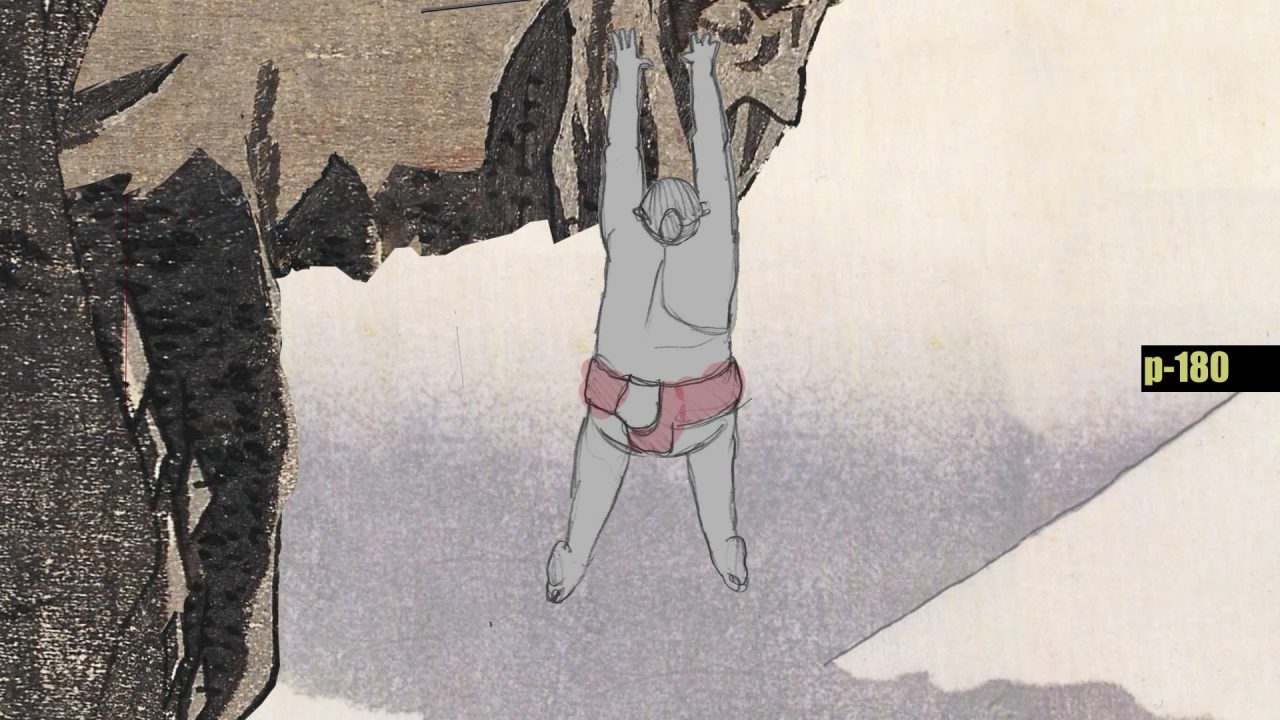 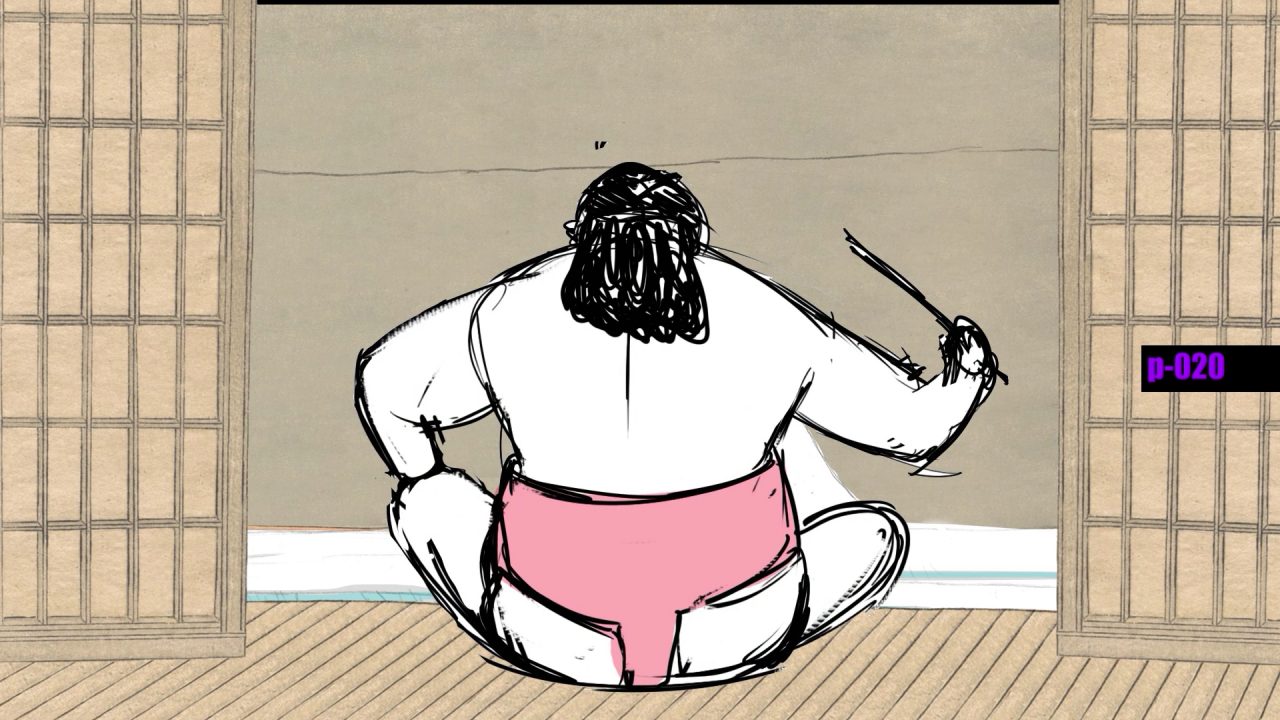 The brief for the project was to create a film for the Japanese Olympics that not only represented the games, but also the Japanese culture. The teams asked themselves what would be the most symbolic element of Japan that they could relate to sports. They agreed on the sumotori character, who is sporty, iconic, and spectacular all at the same time, brought to life in a traditional Japanese animation. 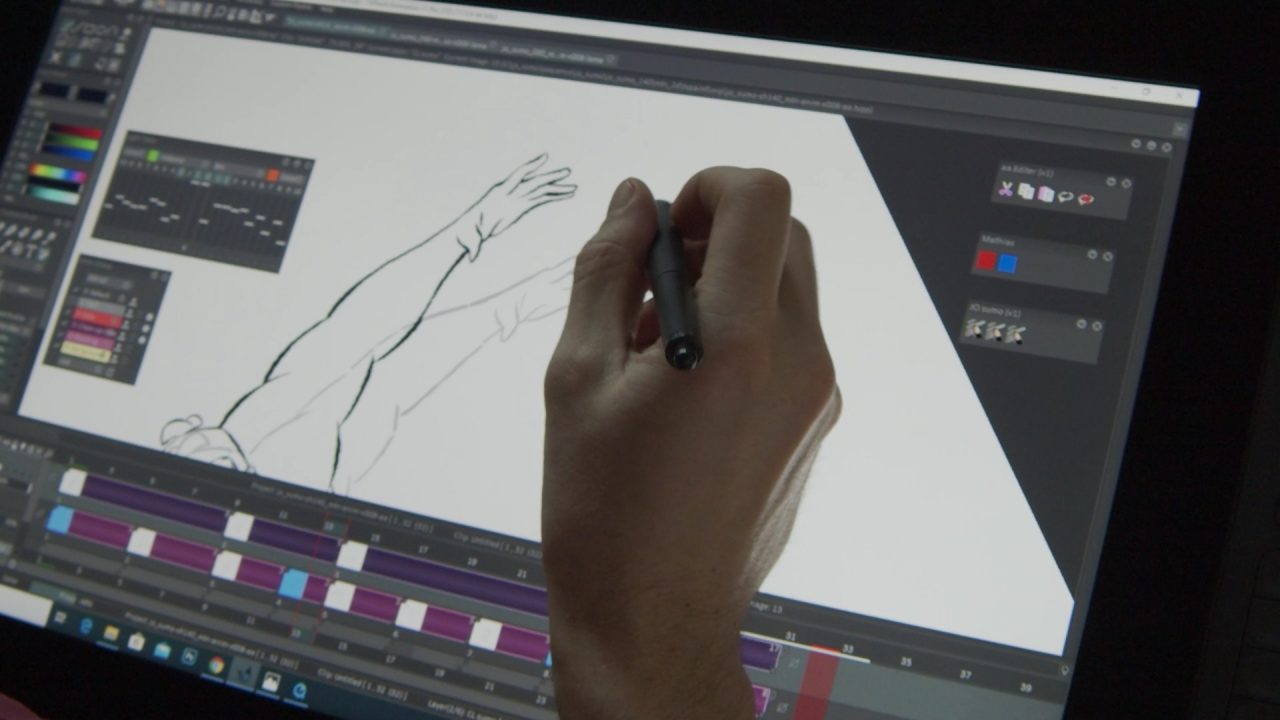 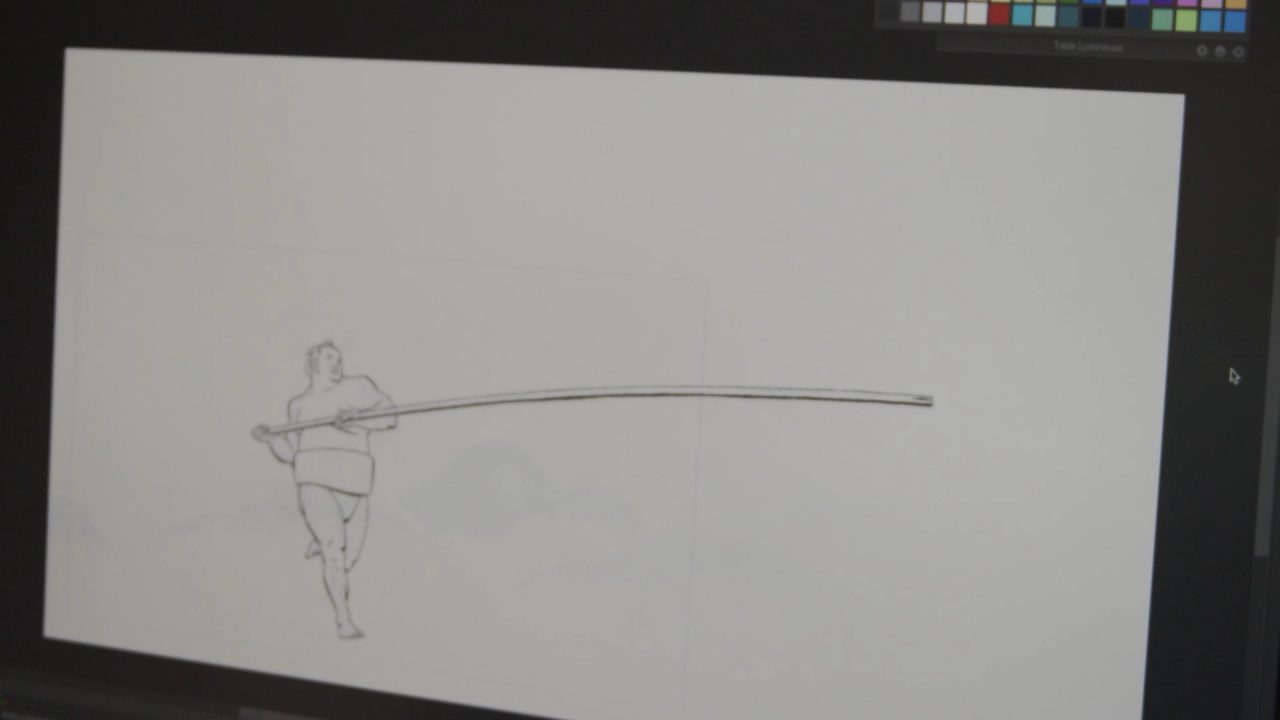 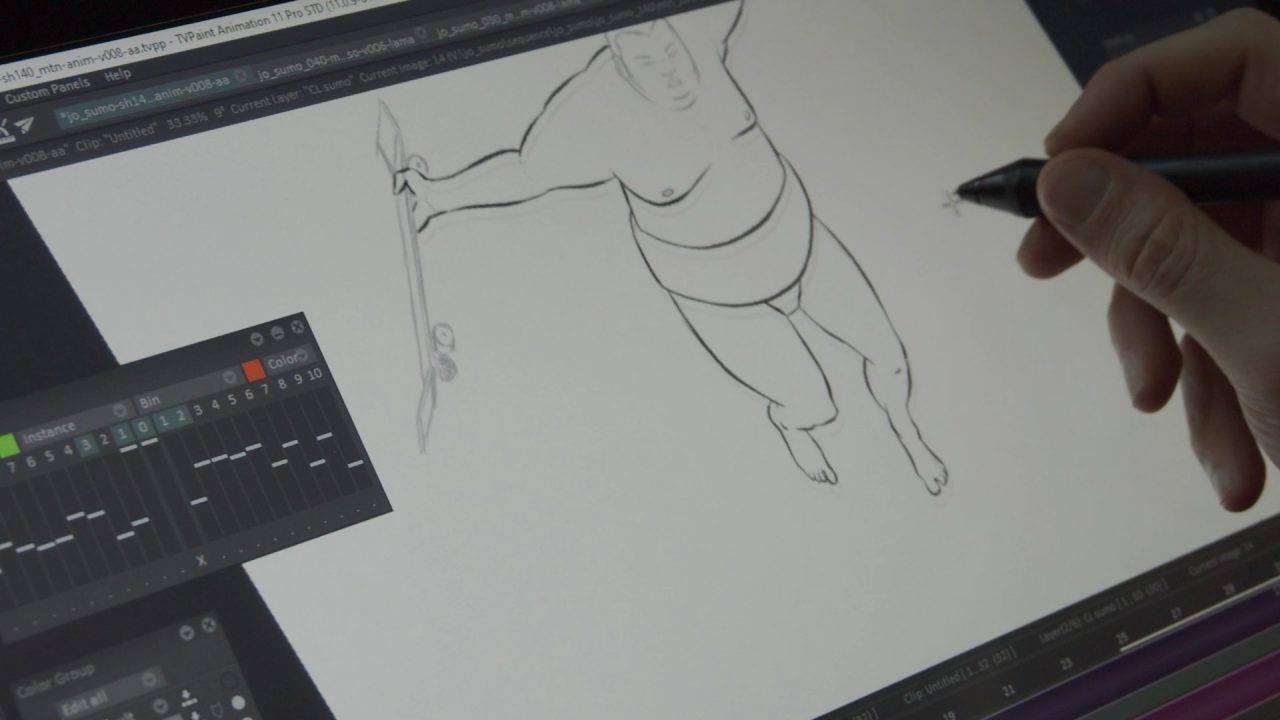 Creating a project like this, that stays true to an authentic Japanese animation style comes various challenges; a previz was developed to lay out the final posing, and to allow the greatest optimization at all levels. Lead Animator, Antoine Antin, worked closely with director Geoffroy Barbet-Massin to adapt the initial character design of the sumotori, made by Stephane Levallois. They had to find a “dry” style of animation to respect the static approach of the Japanese prints. The result is a stepped animation in 3’s and 4’s that contributed to the ‘hand-drawn’ aesthetic and allowed the team to focus on the richness of FX and details in the characters and environment for each image.

The environments and characters are full of details, drawn with thick and bold lines, strong shapes, audacious concept designs. The teams were constantly looking for the right balance between the scenery and the sumotori and adapted the character’s line drawing according to its size in the frame, and in relation with the treatment of the backgrounds. That was a big challenge, the team worked with 2D drawings, without vanishing points, which limited the camera movements to left to right, or up to down, and created constraints to bring a character from background to front. The teams also inserted some text cartouches that play the role of shot titles and applied a specific finishing on the image so that they could render the style of aged paper. All of the choices, whether creative or technical, were driven by care to develop a project that would mix a highly stylized aesthetic and storytelling.

Realism was key, and creating the connection to ancestral Japanese ways of representing sumotoris. Sumotoris are represented with a very marked stylisation on the feet, hands and folds. The team had to try to find a good mix, or the right balance, and also find a style and a rendering that could be relatively simple so that it could be suitable for animation. 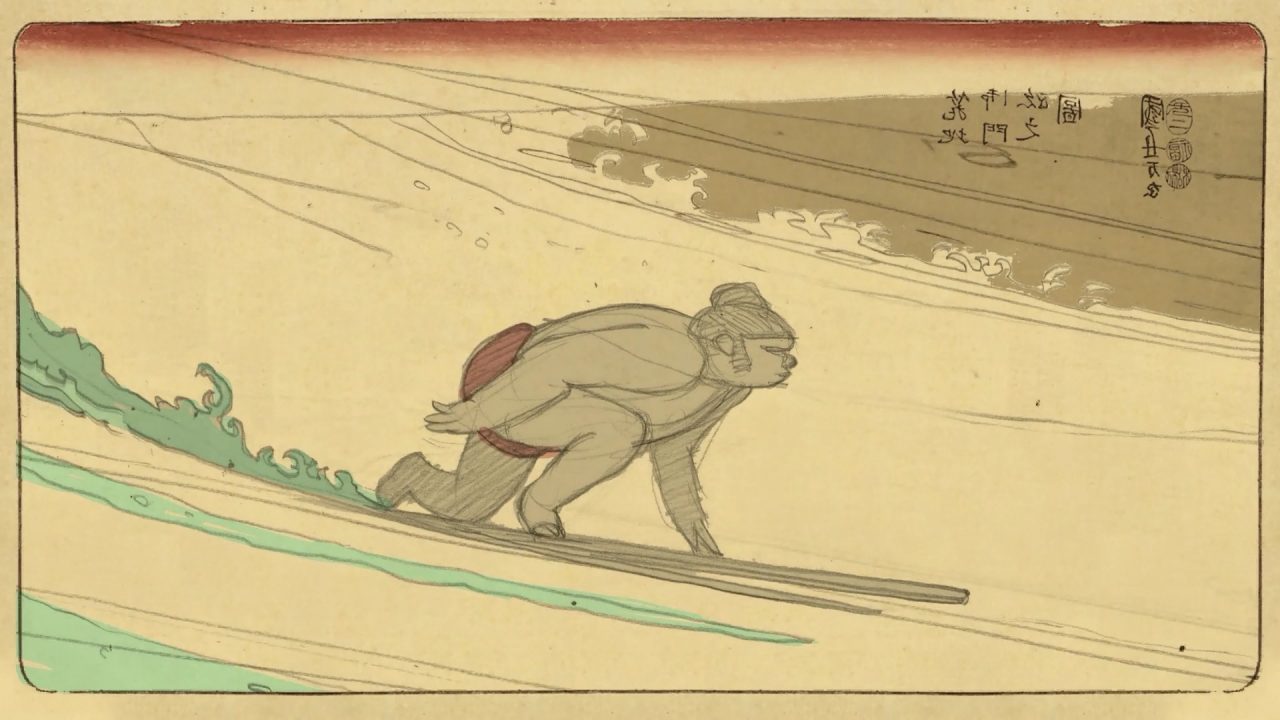 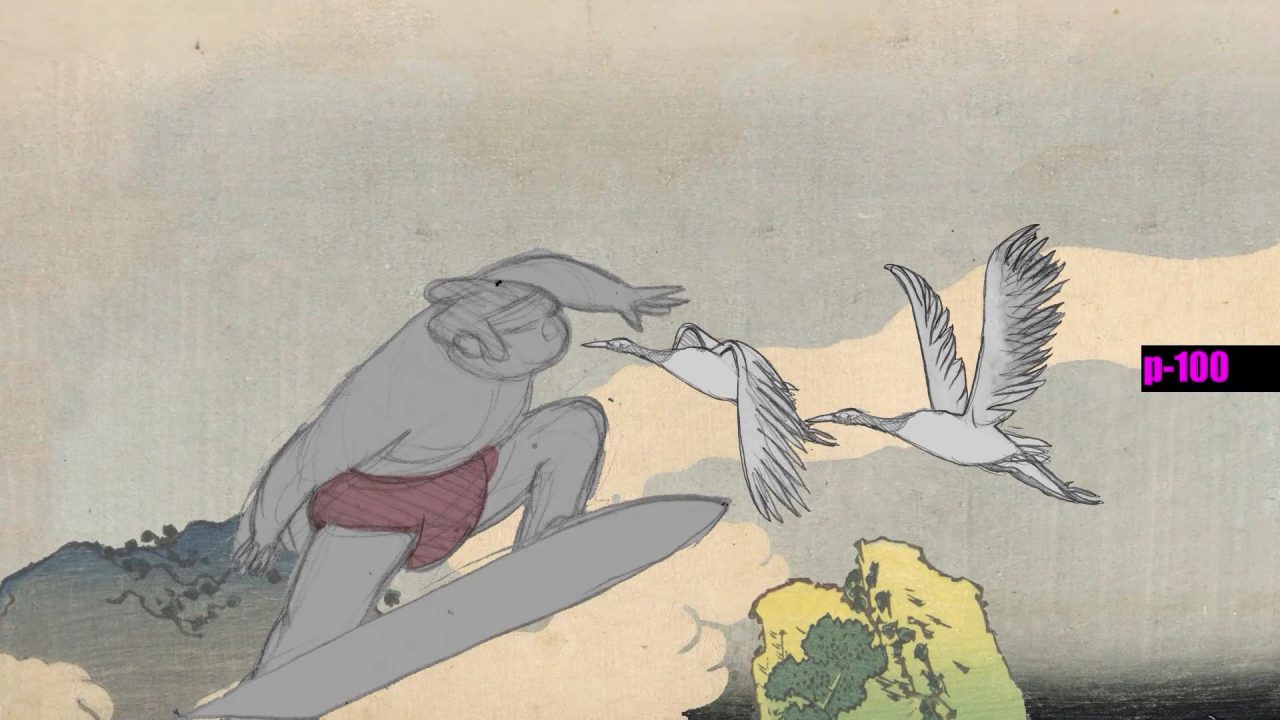 Thanks to the collaboration between the agency creatives, the team of Mikros MPC, notably Stephane Levallois and Geoffroy Barbet-Massin, the small but agile team, with highly complementary profiles, steered the project to the highest level of excellence expected by the clients, to create the stunning 2D Japanese-style animation. 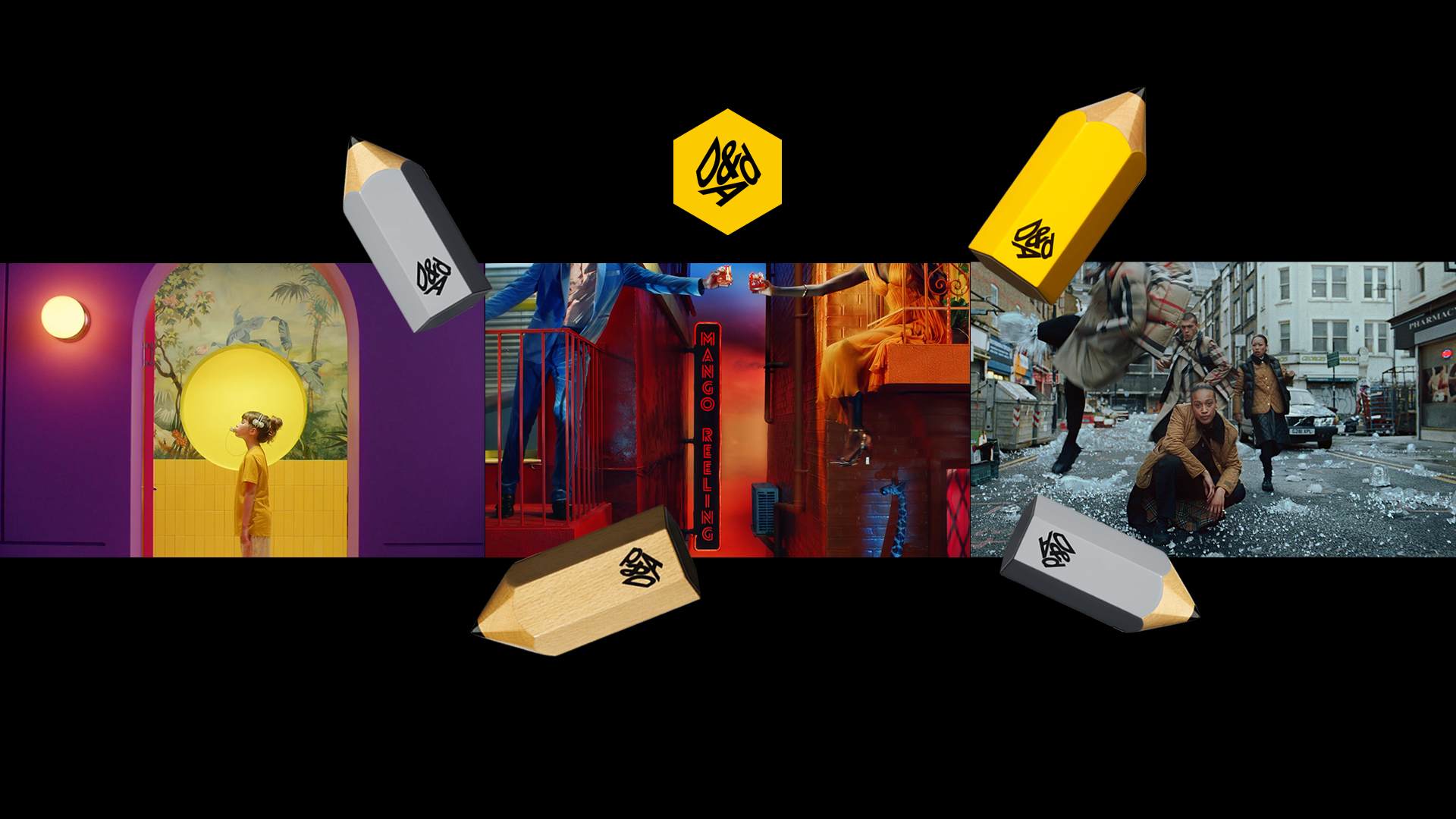