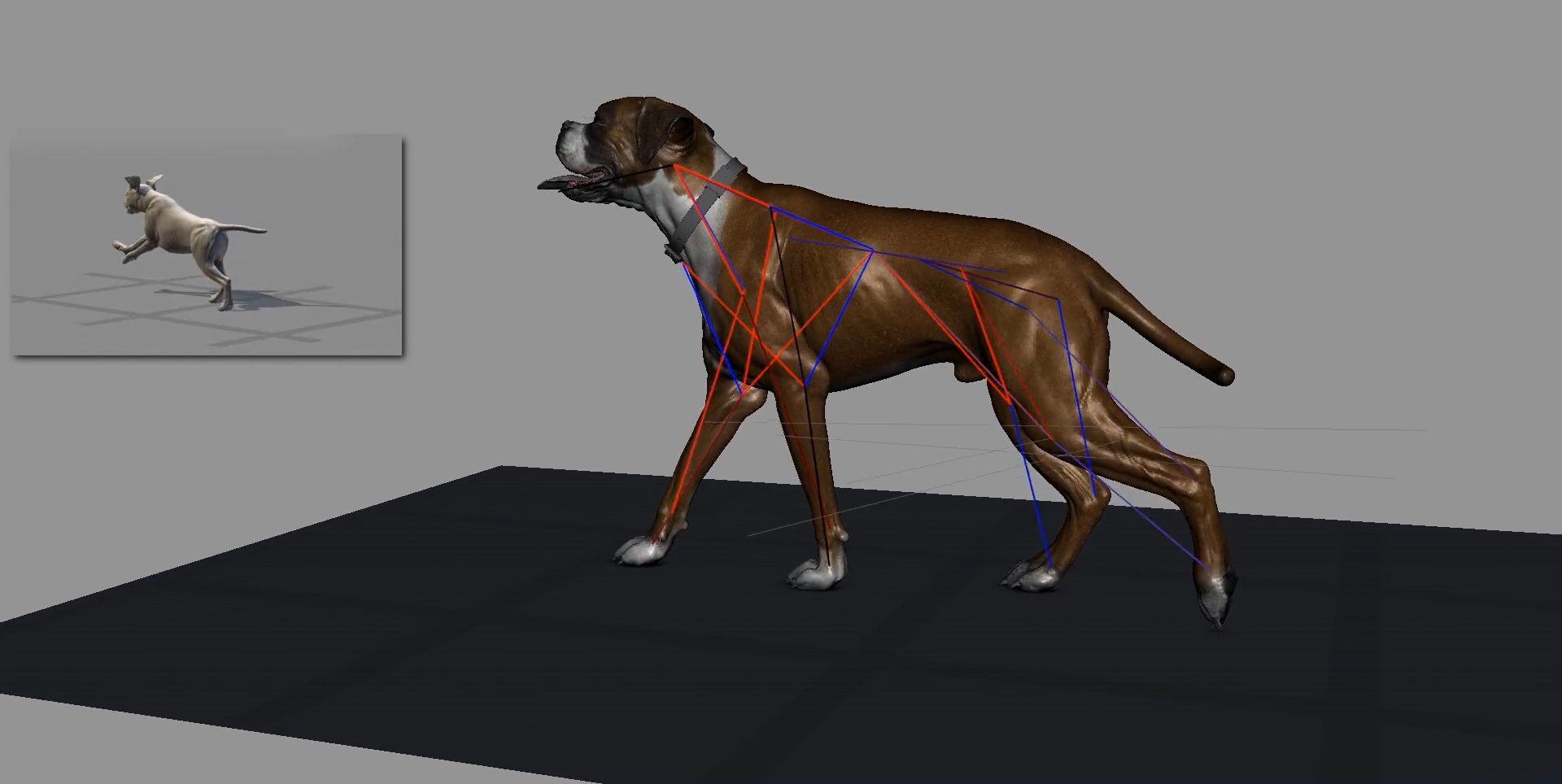 Behind the Moving Image | John Lewis & Partners ‘Buster the Boxer’

Directed by Blink’s Dougal Wilson and conceived by adam&eveDDB, the multi award-winning film is an extraordinary animation feat that sends a heartfelt message about the shared joy of play. Our VFX team spent over four months skilfully bringing the cast of animals to life for John Lewis, whose seasonal epic requires an exceptional level of craft. With six characters to create, this unprecedented animation challenge is the holy grail of CG.

The film begins with a family the night before Christmas. The father builds a trampoline for his daughter, and while she’s tucked up in bed, an urban box emerges from the snow and begins jumping on it.

He’s soon joined by a charming group of six animals, leaping in slow motion, utterly joyous from the new experience. Family dog Buster is left inside watching on with agonisingly forlorn eyes. When Christmas Day arrives, Boxer bounds to the trampoline before anyone else gets a chance. 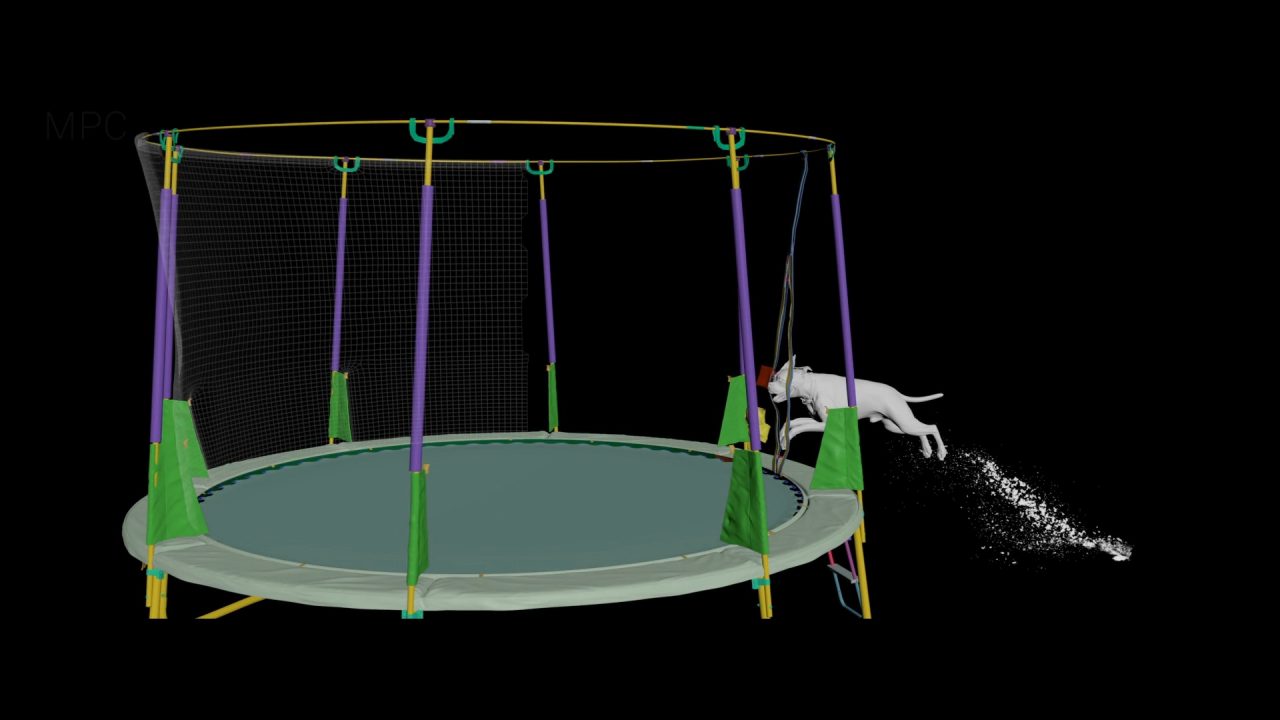 The animals needed to resonate with the audience whilst still engaging in huge levels of interaction on the CG trampoline. The challenge was to create playful but realistic animal behaviour.

The attention to every detail of animation, fur, FX, compositing and colour grading in the film is extraordinary, pushing our team to their creative and technical limits – particularly with building a CG trampoline and simulating its movement based on the animals’ animation. The result is a film that truly sets the bar for FX and CGI animals.

The film had to deliver that pull-at-the-heartstrings warmth we expect from the John Lewis Christmas spot. Our teams built a stock of images and footage from the best they could find before creating a cast of realistic, suburban creatures.

Buster the Boxer proved to be a huge animation challenge for our VFX team, who had to create complex muscle, skin, fat and fur with precision and accuracy.

“We see dogs all the time, so people are able to spot when the characterisation doesn’t look right,” says MPC’s animation supervisor.

“To develop Buster, we shot lots of reference footage of the real dog from every angle before crafting the texture, from the wrinkles to the hair direction, to the real animal. Extreme close-ups and slow-mos of six animals proved difficult, and animation tests started before the shoot even begun.”

Our teams built five rigs and developed bespoke software to perfect the animals skin sliding, so every jump, twist and bounce is rendered completely authentic.

The trampoline itself was the biggest technical challenge – the “seventh creature” – because of its sheer fluidity and constantly shifting nature. It was simulated based on the animation.
In addition to the film, MPC Creative developed a virtual reality experience

Other festive outings for MPC, John Lewis & Partners and adam&eveDDB include Monty the Penguin and The Boy and the Piano.

In our Behind the Moving Image series, we share the latest and greatest behind the scenes look at how our VFX geniuses bring to life some of our most iconic work. Check out BTS for Xbox ‘Us Dreamers’, Arm & Hammer ‘Once Upon A Time’, Technicolor ‘Masters of Colour’, Starburst ‘Turaffe and Carl’, O2 ‘Bubl’, Frangi ‘Goddess’, Vittel ‘Biodiversity’France Television ‘Sumo’,  John Lewis & Partners ‘The Boy and The Piano’, Virgin Australia ‘Up Up & Toupee’, Channel 4 ‘Meet the Superhumans’, Jaguar ‘A Breed Apart’, McDonald’s Reindeer, Edeka ‘2117’, Samsung ‘Flex Your Way‘, Rocky the Lizzard and most recently Vanquis ‘Walk Tall’. 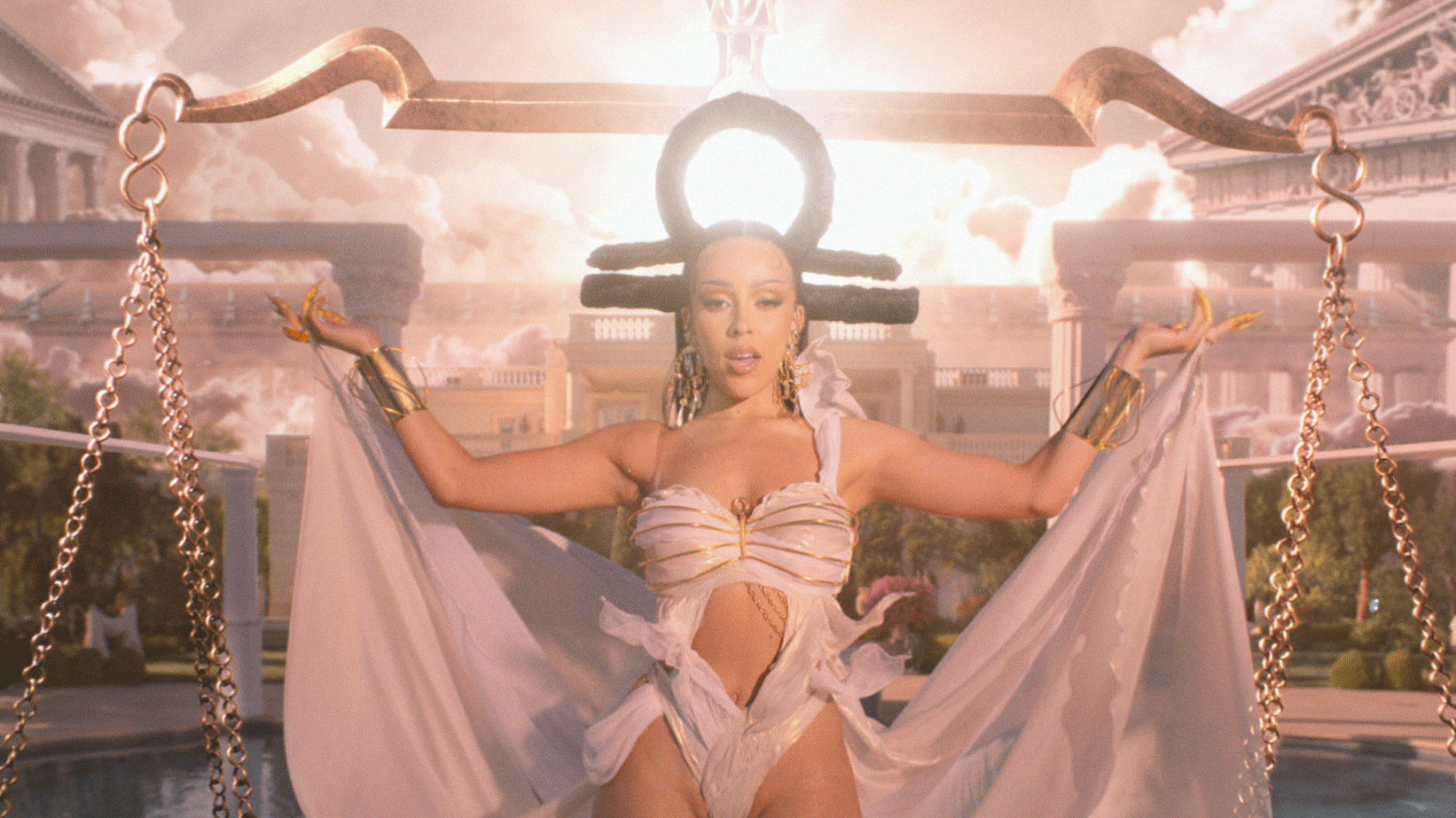